We’re talking to founders, developers, and product managers who are creating apps for the Apple Watch in our Case Study series. You’re reading the third installment.

When you stop and think about each app on your phone and how you use it, there are some that make way more sense as a smartwatch app. Sheba Mayer, founder of Blue Vine Solutions, LLC, has made two nifty apps since last summer, and they’re both hard to imagine without the Apple Watch.

Mayer started Blue Vine Solutions, LLC in August of last year. Before that, her computer science background led her to developing software applications, working on software engineering projects, and dabbling in everything from UI design to databases and VoIP communication protocols.

Now, as the founder and solo developer of Blue Vine, she has two apps under her belt, both with Apple Watch capabilities. On starting her own company, Mayer said, “It sounded like a really good business model for me.”

She started with BUZL, which is a personal list app with reminders to help you keep track of personal tasks. This was something that she had a personal need for, so she started building the iOS app.

“My goal was to simplify managing daily tasks, focusing on what’s urgent and deferring the rest,” she explained. “BUZL allows you to view your priorities in one glance, reorder, and add reminders as needed.”

Next came CardioWorkoutTracker — a lightweight log for gym goals. You customize and set your workout in the iOS app, and then the Watch app will keep tabs on your reps. You can cycle through each exercise from your wrist.

Both of her apps were approved by Apple the first time they were reviewed, so you can download them now for iPhone and Apple Watch.

Mayer started on her reminder app, BUZL, before the Apple Watch was even announced and the iOS version took her about five weeks to complete.

“When Apple announced the Apple Watch, I immediately saw how useful this app would be on the wrist, since it was a lightweight, standalone app that didn’t require logins or subscriptions, and stored all your data on your iPhone,” she said.

The first thing she did to get started was read the Apple Watch programming guide — all of it. Since there was no actual device to test the app on (though Mayer said Apple’s simulator was very helpful), the programming guide was her main source of information.

With all of her research on UI specs, features and guidelines, she was able to build BUZL even quicker than she expected. With the next version, she plans to add text input and voice dictation. This version is awaiting review by Apple.

Mayer said, “The biggest hurdle going from mobile to watch was deciding which features you wanted to push onto the watch.”

In addition to figuring out which features she wanted to make accessible on the Watch app, she had to figure out how to best transfer that data between devices. “The WatchKit API provides several different methods, and I chose the most efficient ones for my app,” she explained.

It was important for her to add features to the watch one at a time, testing each one along the way. With so much information being available through a tiny screen, things can get complex quickly and she found that this is the best way to stay on top of things.

After building BUZL, she started with the Watch app before building the mobile app for CardioWorkoutLog. The process was very different, but Mayer said that she actually preferred it.

Her goal for the workout app was to “write a very lightweight app … something that would be easily accessed and very usable. So, my design was more focused on making something very light and features were targeted more toward the watch, and then I had to think back on how to push the tedious tasks down to the iOS app.”

The current version of the app will walk you through your exercises, logging your start time, stop time, repetitions, and weight for each set. For the next version, she’d like to add more workouts that are in line with Apple Health in addition to the ones she’s already included.

The hardest part in starting with the Watch app was deciding which portions she needed to duplicate on the mobile app.

When you’re going from a very constrained space and design, the vastness of the iPhone screen can seem overwhelming and you want to make the most of your design choices. 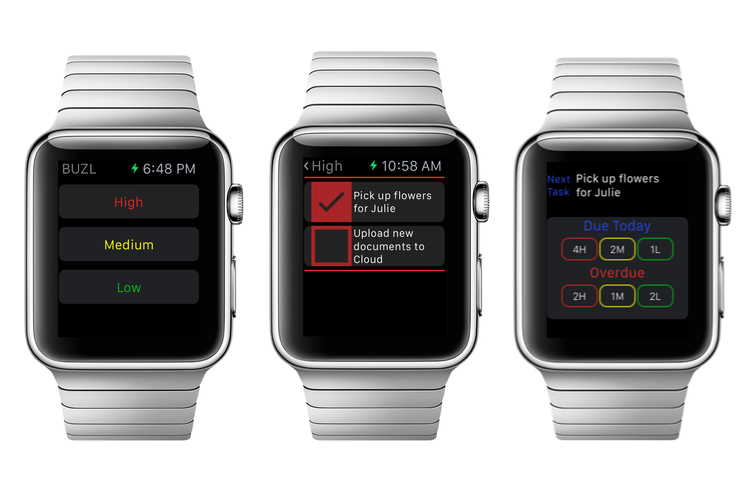 Creating an Apple Watch app before the device was released was especially difficult because a lot of issues that pop up don’t have a ton of solutions yet.

“The challenge was … [that] you have to rely 100% on [Apple’s] programming guide and write the code exactly to the specifications … there was no room for error, so I guess a developer forum was the only place where you could find answers if you got stuck, but oftentimes they didn’t even have the answer for you. So, [at the beginning] you had to be accustomed to trouble shooting — finding creative ways to find solutions if you ran into a road block.”

Of course, ideally your app works the first time you test it. That was the case for Mayer, who was invited to test her app at Apple’s WatchKit Lab in Sunnyvale, CA. Before that, she said, “I think the most difficult part was not being able to touch the screen and see how different the UI is compared to [on a computer].”

The biggest change from computer screen simulator to the actual Apple Watch device was the button size, by far. Mayer said that the Watch screen feels much smaller than you predict and it’s a big change going from tapping buttons with the precision of a cursor to tapping buttons with your finger. She said, “On the device, it’s a totally different experience.”

Mayer’s best advice for creating a Watch app is to read up on Apple’s programming guide to get a good overview of the API and features that are available. She said, “I can tell you from experience that there’s a reason they wrote that, so you have to really be careful. Be sure that you’re following those guidelines and just add one feature at a time.” 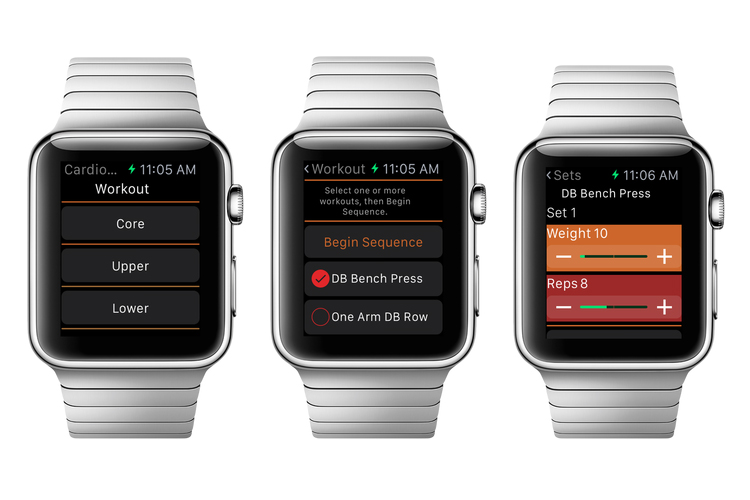 Mayer said that with Watch apps, you should be able to perform an operation within 10 seconds, “and that’s the beauty of it.”

“The Apple Watch encourages you to live in the world around you, and not just [on] your phone,” she added

Here are her parameters for the perfect Watch app: “[It] should contain just enough graphics to enhance the user experience, but not get in the way of performing a task. The buttons should be appropriately sized.” She couldn’t emphasize just how important button size is — it’s really important.

Another part of your app that you should think about is how it works in Glance. Mayer said that this is the best feature of the Apple Watch — “It captures the essence of what the Apple Watch is all about. It’s a single screen overview of the state of your data within the app.” While this isn’t the app itself, she said to think carefully about what data you want to show there.

What’s Next for Blue Vine Solutions?

Before launching any new apps, Mayer is going to see how users interact with all of this new technology. “At the moment, people don’t know what they want on the watch. They’re not used to seeing it and how it works in combination with their mobile apps, so I think that’s going to take some time.”

She said, “We have so many ideas … but our main goal is always to improve user experience, so we’ll continue to add features.”

With her first Watch apps, time was tight so she Mayer wasn’t able to do early marketing and get the kind of user feedback that she’d like. With her next Watch apps, she’d like to focus more on those things. In fact, she has another app in very early stages already.

How Three Apps Are Reviving the Power of Audio Messaging