How to Organize a Conference – Lessons from SHIFT

Drawing from first-hand experience, one of the founders of the SHIFT Conference shares advice on how to organize a conference

Last month we organized a very successful startup conference in Southeastern Europe, more precisely in Split, Croatia. It was attended by 1200+ startupers, IT geeks, investors, and media, and as far as we know, it’s the biggest startup event in the region (keeping in mind that the Pioneers Festival in Vienna belongs to Western Europe).

In this post, I will share lessons we learned along the way, in the hopes of showing others how to organize a conference. 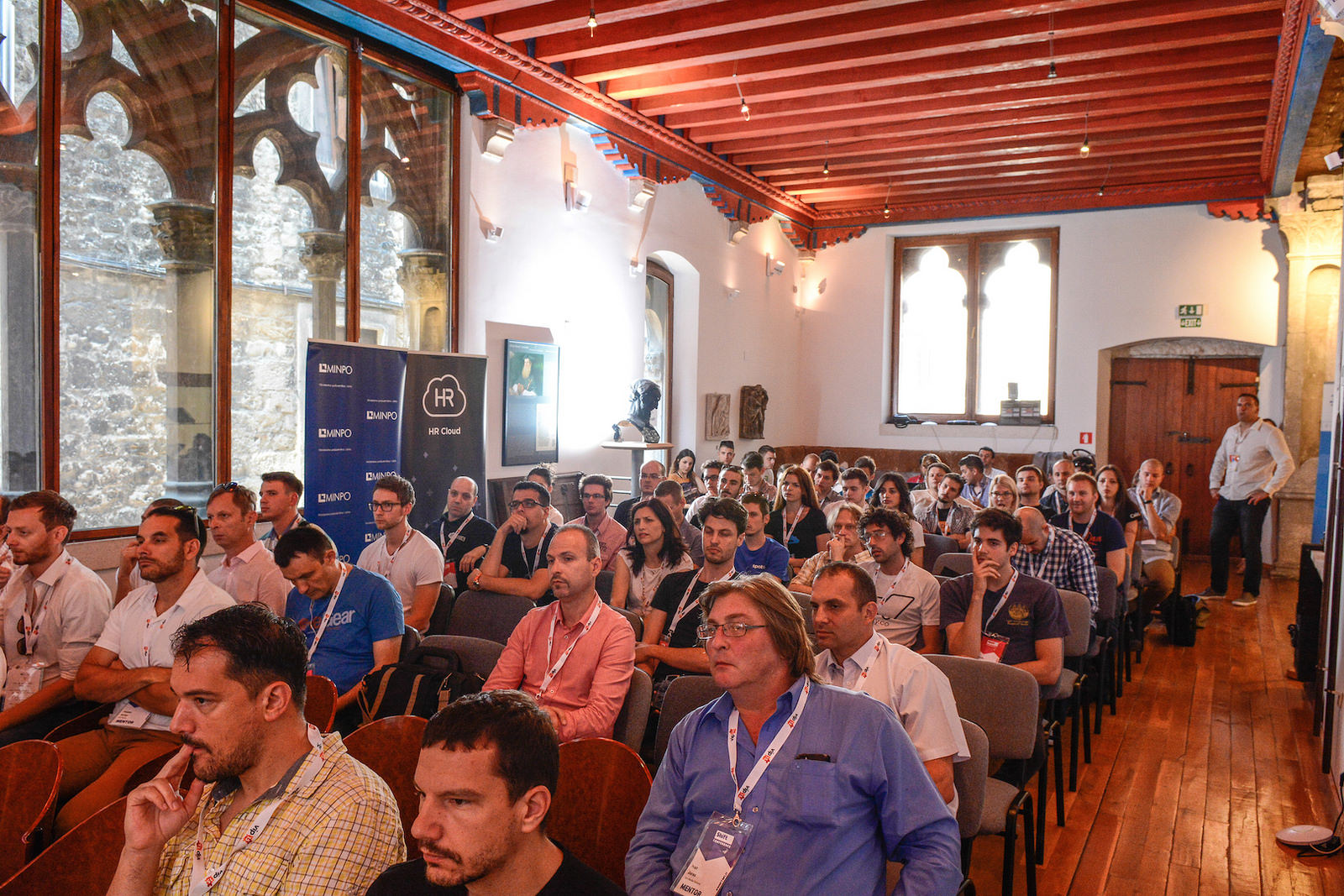 Why did we organize the conference?

Probably the most common question we get asked is “why did you do it?” Why invest all that time and energy to have a startup conference in your town?

1. To bring a touch of Silicon Valley to Southeastern Europe

Mike Butcher, Editor-at-Large of TechCrunch, sent a message a few years ago as a speaker at the first SHIFT Conference:

“Everybody’s trying to build the new Silicon Valley around the world. But they act like they don’t know that Silicon Valley is a unique mashup of talent, market, money, and the American mindset. It’s the ecosystem that’s hard to replicate anywhere in the world, and everybody is still trying to do that.

Following Butcher’s advice, the SHIFT Conference is a way to create our own “Silicon Bridge,” connecting our region of Southeastern Europe with the Valley! 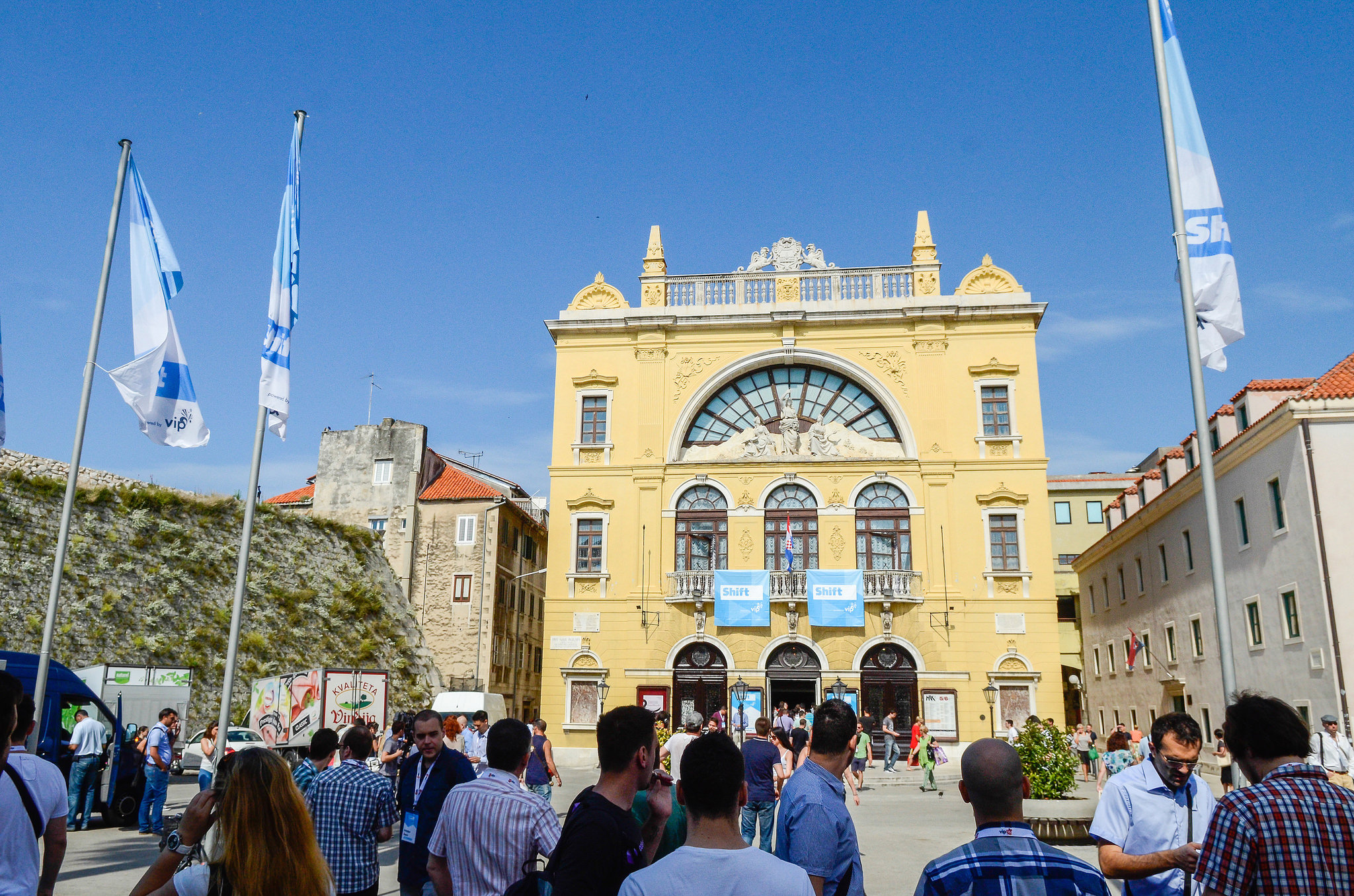 2. To build an ecosystem

Let’s be honest, Eastern Europe as a region is not as developed as Western Europe, although it’s trying hard to catch up.

IT as an industry is usually strong in regions with developed economies because the economy generates requirements for various IT solutions that can improve business. The IT startup industry is strong in regions where you have a mixture of business-generated needs (market), talented IT experts (with ideas), and money that can support startup business growth (funding).

These three components, along with infrastructure, together create a strong startup ecosystem. Unfortunately, Eastern Europe as a region lacks some of them. We have talented experts but are missing some real business problems to solve because business in our neighborhood is still under development.

So you might say that we’re lacking breakthrough ideas, and money that can support these ideas is definitely missing (the first low-volume VC funds will be raised this year in Croatia, and regional VC funds are usually 10-20M EUR in volume).

Given that background, the SHIFT conference is our contribution to building our local ecosystem and promoting our region as being IT-capable. This results in more business for local companies. 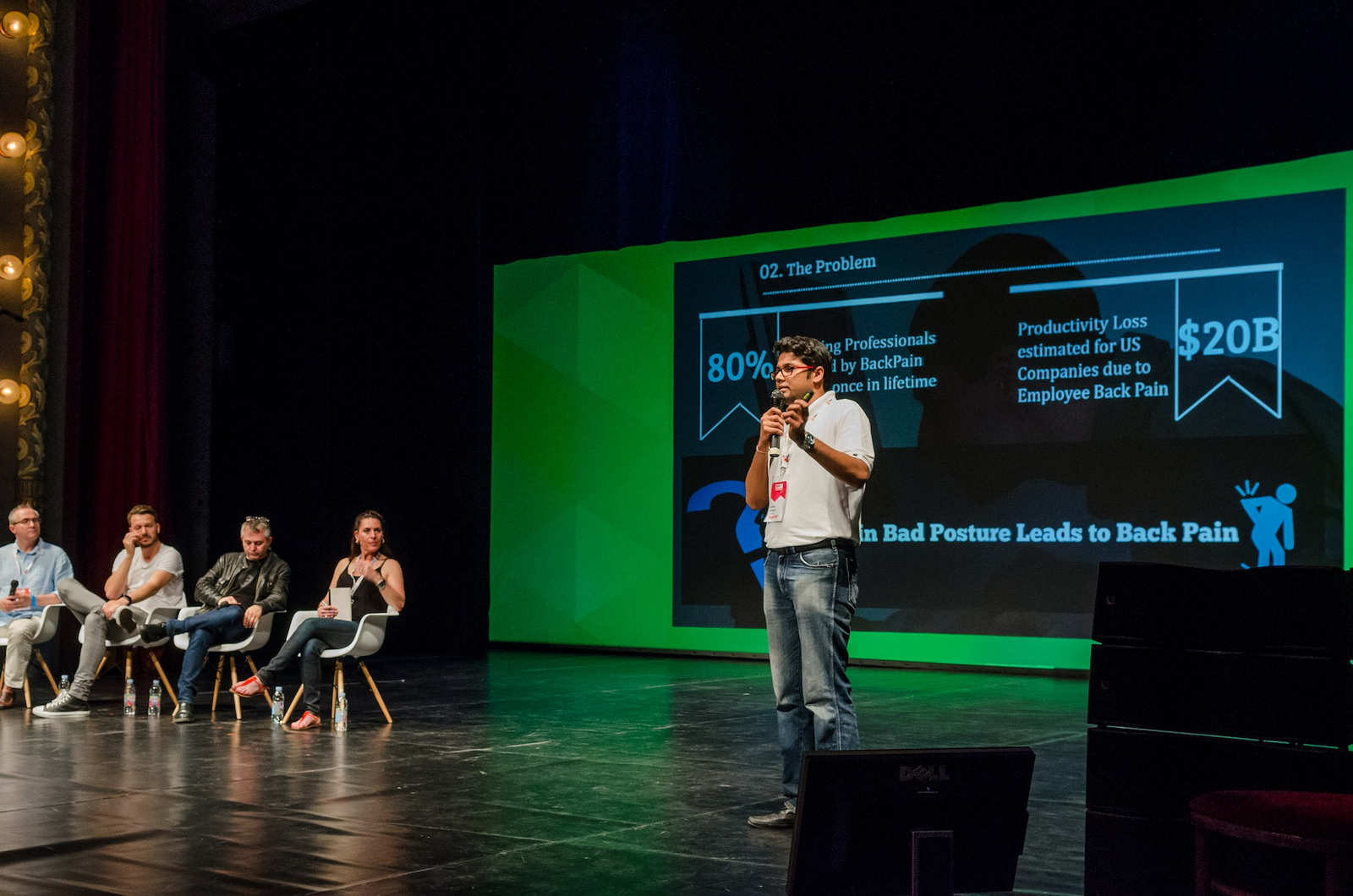 What are the challenges of organizing a conference?

The first challenge was to find top speakers and motivate them to come and talk at our conference. The math is simple — top speakers will attract more people to attend and more companies to sponsor.

One thing that’s interesting to note is that a startup conference is essentially a startup itself and, just like with any startup, you need to build a solid team that will be able to execute.

Our story began in 2011 when my fellow conference founders and I all had our own startups in the region, which was lacking a real ecosystem. We traveled around the world pitching our startups, including attending many startup events from Beijing to San Francisco and began building up a large network.

One of our startups had just failed, but Ivan Burazin was involved in another startup called Codeanywhere that had just been funded through a small angel round. To gain visibility on the VC scene, Ivan organized the Startup Live event in Split for about 100 attendees and began reaching out to potential speakers.

It was very hard to attract top-tier speakers at that time as it was prior to building our name and reputation. And who would attend a startup event with a target audience of 100-150 people?

Ivan succeed somehow, but his dreams grew even bigger and, to catch up with big dreams, you need a bigger team.

That’s how I came to join Ivan as a partner, and we founded the SHIFT Conference together with a few other partners and many volunteers. SHIFT was officially born in 2013, with a prize fund for our Startup Challenge of $10,000 for first place. 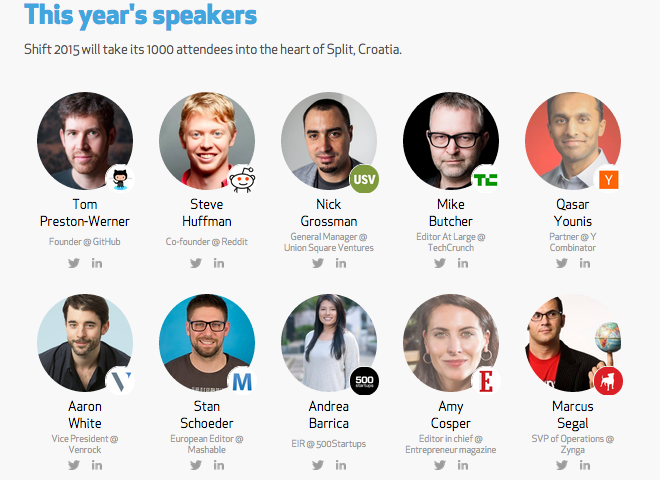 As you can see from the partial list of speakers above, we have managed to recruit many top-tier folks, and all of them were attracted with the same story. We sold them on sun, sea, fun, and startups. After all, that was what we had to offer!

The success of the startup that won our first challenge, Babywatch (recently rebranded as Bellabeat), was important for the future of the SHIFT conference and rising level of quality. Bellabeat won the $10,000 cash prize at our event, also won first place at Pioneers Festival that year, and ended up being accepted to Y Combinator.

Spending time in YC resulted in excellent contacts, so the Bellabeat founders decided to give something back. They connected us with YC mentors, and since Bellabeat was a top startup at YC Demo Day, their reputation helped us convince Justin Kan (YC, Twitch, Justin TV) to come speak at SHIFT.

Once Kan was on board, others soon followed, and we were able to land speakers from TechCrunch, Zynga, Mashable, The Next Web, TechStars, StartX, 500 Startups, GitHub, Reddit, and more.

It turns out that startup founders who succeed are very open to offering help to the startup newbies; whether they’ve just sold their startup to Amazon for $970 million or founded GitHub, they’re often willing to come and share their story and advice with the crowd.

Another factor that was pretty helpful for us in building contacts with speakers was the time that Ivan’s startup Codeanywhere spent in the TechStars Boston program. It opened so many new doors for us.

And of course, the process gets easier once you’ve run the conference for a few years as word of mouth spreads from past speakers and attendees. 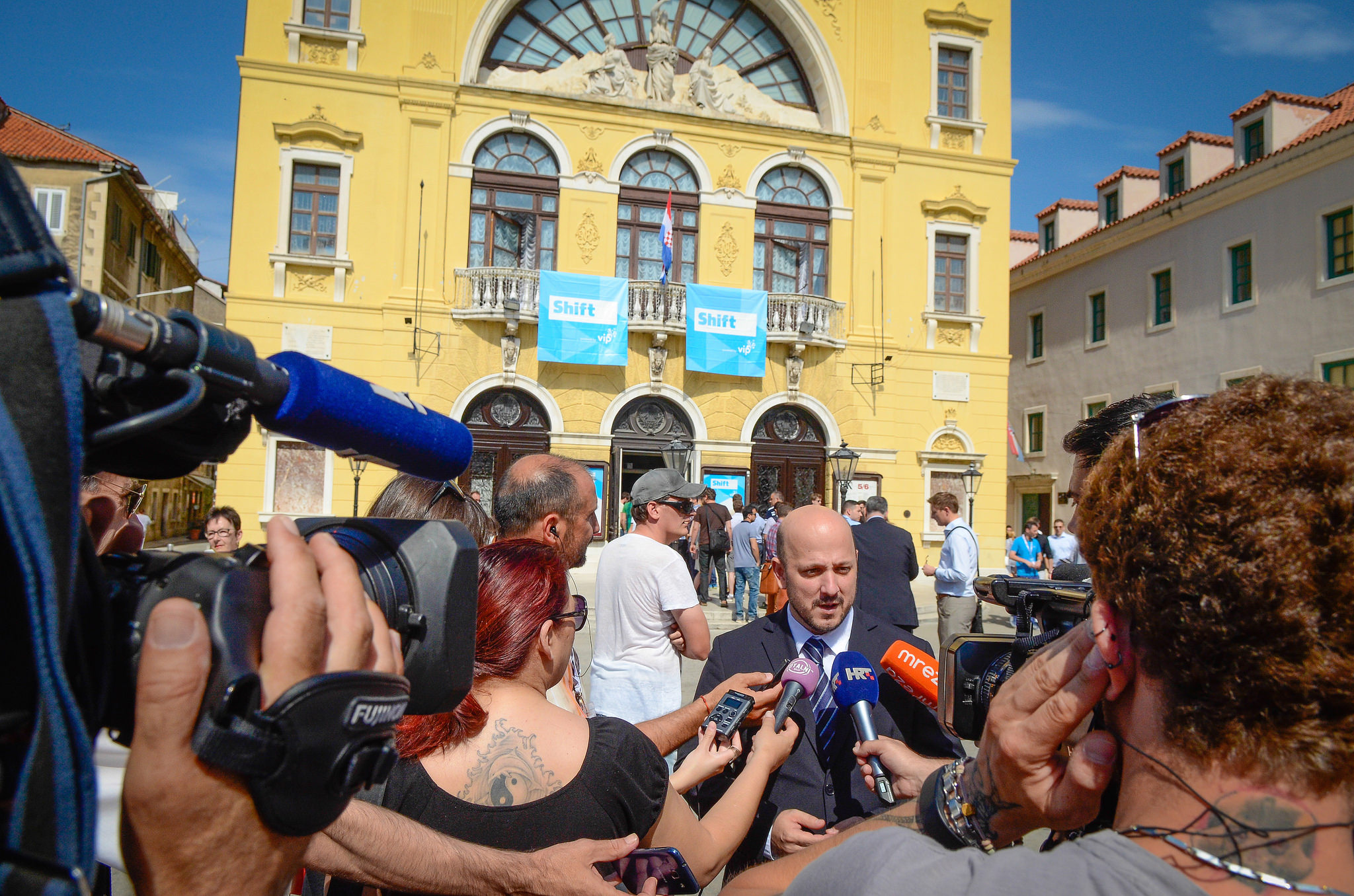 Promoting an event of this scale in a region where “startup” is just becoming a new buzzword is not easy.

Thankfully, having a great lineup of speakers gives you credibility that will attract relevant media attention. And where there is media, there are local politicians, too.

In its second year, the SHIFT Conference was opened by the president of Croatia and attended by many representatives of the national and local governments. That’s a critical step here to start building the startup ecosystem because governments can help to create the right climate and build infrastructure.

And of course, event promotion requires a lot of manual work. So it was important to recruit volunteers for data mining and heavy social media hustling, plus contacting startups and media.

But don’t leave it all to volunteers — hiring a decent PR manager who can write press releases and call upon his or her network is critical. 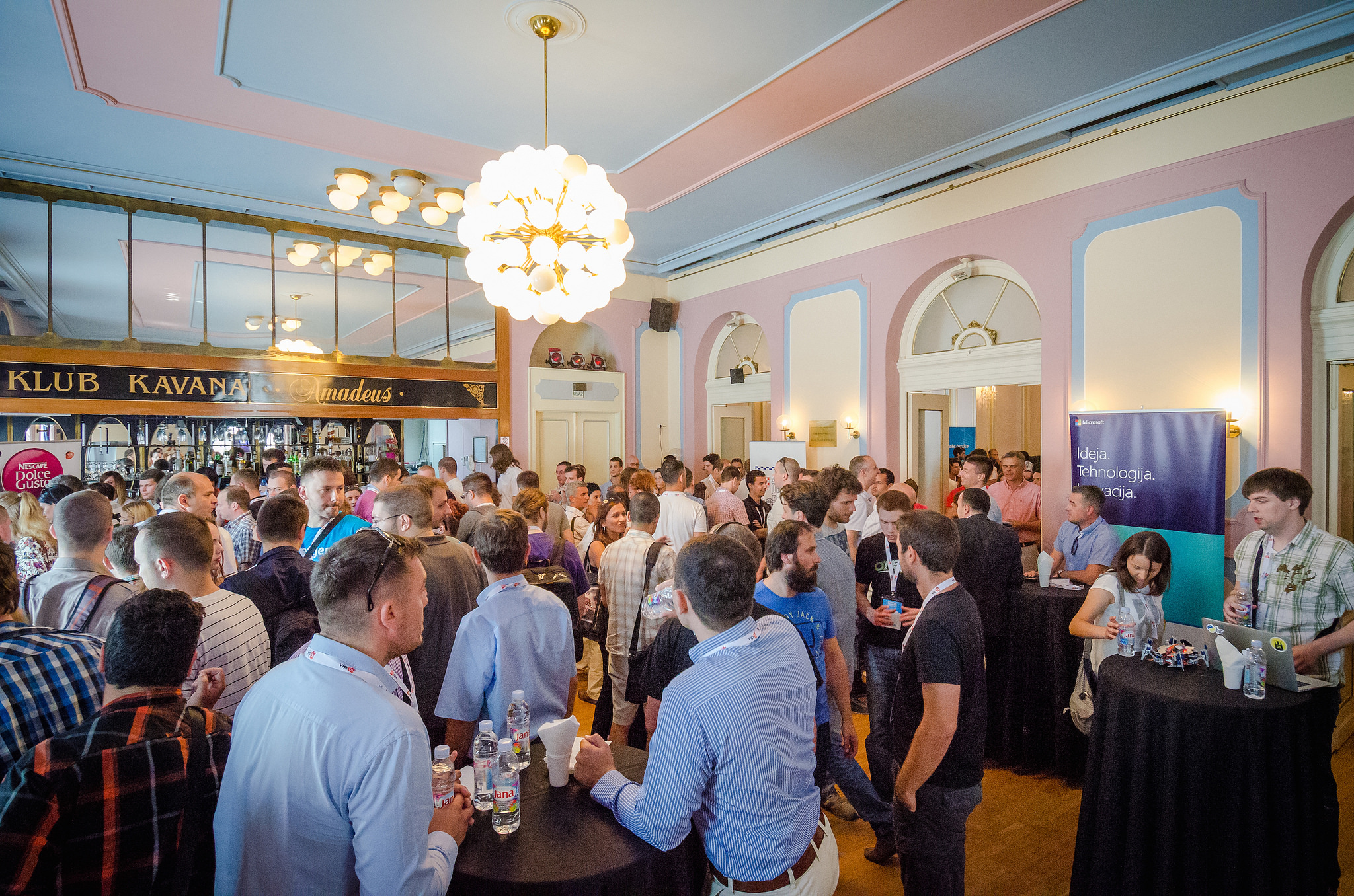 Another challenge is providing fun nightlife activities, which are an important part of networking and the conference as a whole. We wanted to create a party atmosphere that would be remembered by all attendees and would differ from standard (read: boring) IT conference parties.

We decided to hire a dedicated event manager to be in charge of all conference after-hours and tasked him to create a startup-sexy atmosphere.

To be honest, it wasn’t that hard to achieve in Split, Croatia, with our party-oriented state of mind. And having Johnnie Walker and local beer and wine makers as sponsors also helped to warm up the atmosphere. 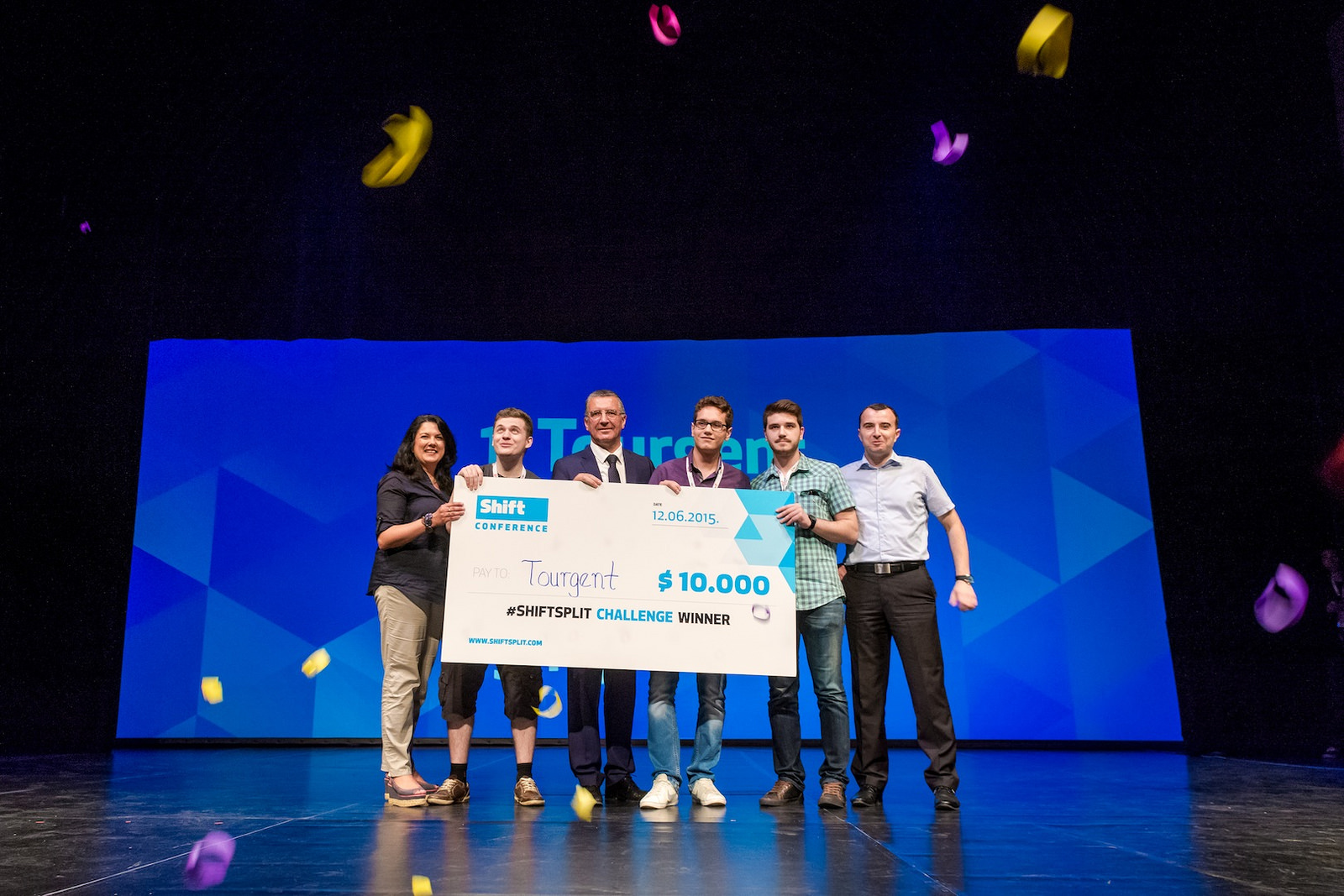 Let’s get one thing straight — a conference costs money.

You can have tons of positive energy and goodwill to organize an event, but if you don’t have money to pay for the venue, accommodations for speakers, plane tickets, production, staff, food and drinks, and all other costs involved with a startup conference (like cash prizes), you just can’t make it happen.

Selling tickets to the conference can provide a decent revenue stream but will barely be enough to cover the costs for the first few years. That’s why you need to have good sponsors.

But how do you explain the benefits of financing a startup conference to potential sponsors? You should be brave, honest, and positive and know that big companies have budgets to promote their brand at similar events.

Some companies have an interest in specific industries covered by startups, some have a general interest in technology, some will be looking to recruit talented folks, and others will just be seeking mass visibility.

If you are approaching a telecom or software company, you should pitch them with an innovative technology-based story, whereas if you are seeking sponsors from a company like Vine, you should tell company executives that there will be plenty of businesspeople in attendance who love their product.

Banks are easily convinced if you tell them that startups and SME’s might open business accounts in their banks, and local governments love hearing positive stories about new jobs that will be created by successful startup companies. 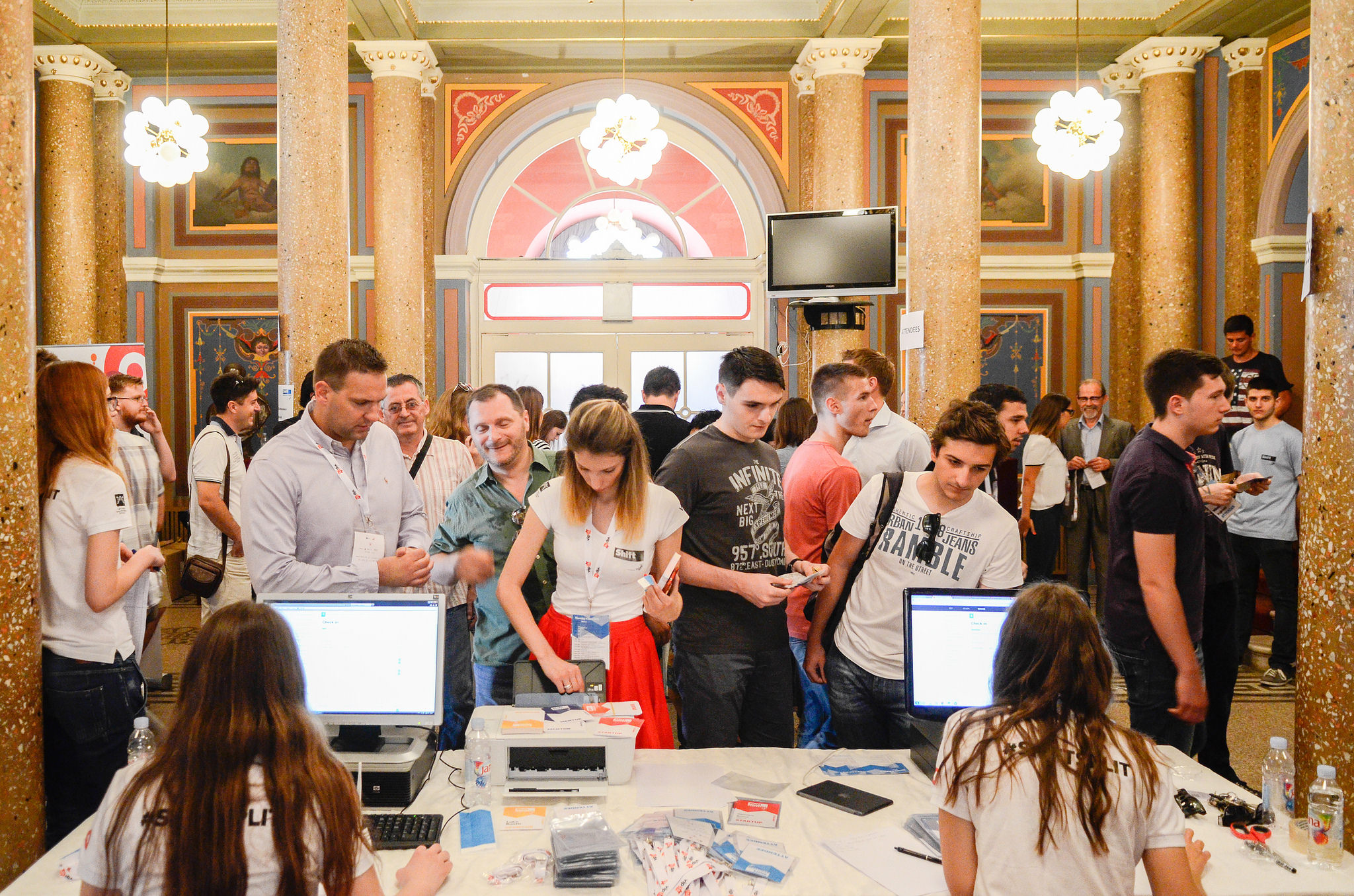 Organizing an event for 1200+ attendees is impossible without volunteers, including not just their hard work but also all of that positive energy they tend to bring. We had 30+ volunteers this year, and they all did an excellent job!

Volunteers are usually pretty easy to find at local universities. Lots of students are looking for opportunities to get inside the business world and network with potential employers or to get some experience to improve their resumes.

The conference ends up serving as a hiring event as well, as every year a few of the volunteers are hired by our companies after the conference.

Hopefully hearing my story and lessons learned will help others interested in learning how to organize a conference.

Wondering what happened to the Bellabeat team? They’ve raised $4.5 million so far and recently launched a new product called Leaf that sold out within a few days. And the SHIFT 2014 first-place winners, Oradian, also won the 2014 Pioneers Festival and have raised an undisclosed round of seed funding.

Meanwhile my own company, Profico, is gaining lots of traction and good leads from exposure at the conference.

In a nutshell, we’ve touched and inspired many entrepreneurs, helped other companies, and have benefited our own. We can call it multi-win situation, and it has been an awesome experience that we definitely plan to continue in the future!

Thanks for reading and feel free to contact me with any questions on how to organize a conference. And when in Split, stop by and let’s grab a beer or two.

Passionate entrepreneur and IT engineer in love with mobile and web technologies. CEO and co-founder of Profico, also co-founded a few IT companies in the past and the SHIFT Conference. Out of office turns into jiu jitsu freak. Experienced in IT management and business development, software architecture and development.