Why has a home cleaning service been popping up in the media so often?

Since launching in 2012, Homejoy has been consistently making the rounds on blogs and in magazines. Forbes listed the company as one of the hottest startups of 2013, Wired covered their impressive fundraising later in the year, and TechCrunch got a peek behind the curtain at their homegrown tech.

Even ThinkApps isn’t immune to the company’s charms; back in November, we presented you with their “3 Essentials for Scaling.” So what is it about this company that has everyone so intrigued? 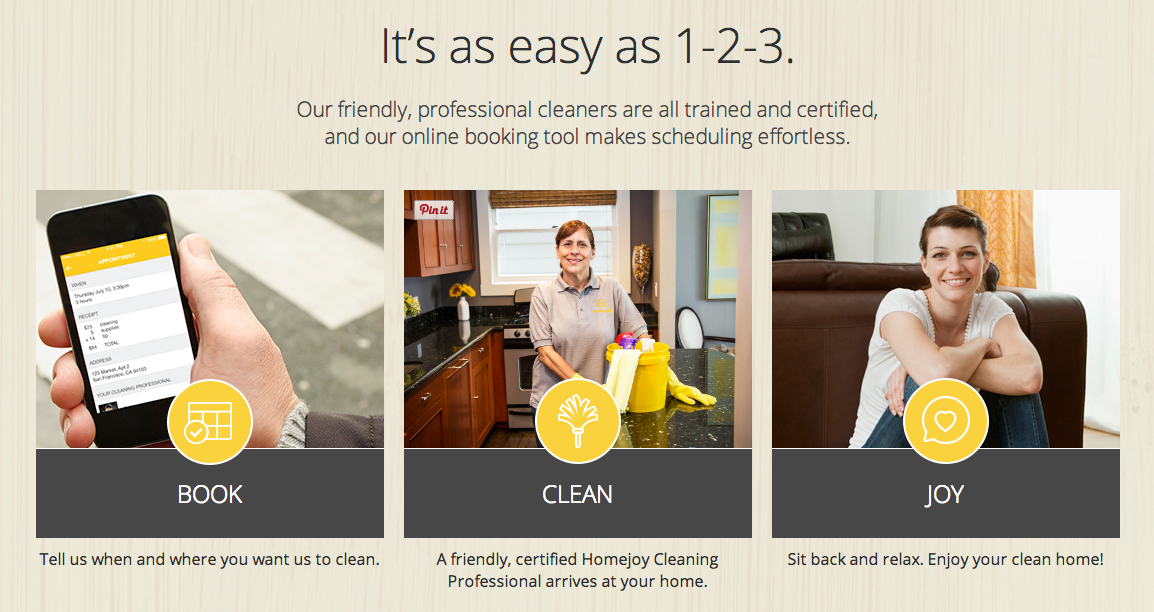 Their method for growth and scaling is at least part of the answer. Founded in 2012 by brother-sister team Aaron and Adora Cheung, Homejoy’s growth has been absolutely incredible. After focusing on San Francisco for the first six months, the company expanded to over 30 markets in North America in just 30 weeks. Then they moved on to the U.K., France, and finally Germany this summer.

But on December 16, Homejoy announced they were pausing their operations in Canada and France, a decision that caused quite a stir. I spoke with Bastian Purrer, Homejoy’s VP of Growth, about the company’s approach to scaling and what these pauses mean for the future.

Balancing Supply and Demand within Each Market

Purrer points out that a service like Homejoy has unique challenges as it is part global tech company and part local service provider. “We have to be careful in order to create demand where our partners are located. The supply-demand balance in, for instance, Nob Hill, is very differently balanced than in the East Bay,” he says. “We need to acquire customers and supply as locally as possible. Looking over 30 cities, that’s a big challenge, and keeping the quality up nevertheless.”

But part of that is knowing where your customers are. So Homejoy developed the Demand Map, software that tracks where current (and potential) customers live in relation to where their freelance cleaners live, giving the company a clear visual on how the market and supply are interacting and where there may be gaps.

As they’ve grown, Homejoy has discovered some interesting tidbits about who signs up with them. Over half of Homejoy’s customers have never tried professional cleaning services before, so the company is building an entirely new market.

And it isn’t hard to imagine why this new group of customers is giving the service a try; Homejoy is constantly compared to services like Uber and Seamless — two other companies that are making huge strides toward removing the uncertainty and hassle from everyday life by making the process of ordering a car or a burger as simple, straightforward, and transparent as possible.

Homejoy has done this by tackling what makes people wary of professional cleaning services: letting strangers into your home, for one, and the potential for last-minute cancellations or no-shows, for another. They’ve built safeguards into their system to prevent these problems: cleaners and clients can speak to each other over the phone (via the app) without disclosing their personal phone numbers, a piece of software that protects both parties.

And there’s another perk to this new market: A growing demand necessitates growing the supply, which in turn means more work in the local economy. “We think it is meaningful that we can create work opportunities for thousands of independent contractors to build their business,” says Purrer.

Purrer points out that while operations might demand an on-the-ground approach to both sides, digital marketing doesn’t need physical presence to be extremely targeted. He advises new startups to keep online marketing and IT centralized.

“From my experience, the differences between countries do not justify doing digital marketing on the ground. Try to keep those channels as local, as centralized as possible, while focusing local teams on street marketing and other offline channels,” he says. “Often times, in different countries the same advertising works well. The same campaigns work well. Everything digital is very scalable and learnings can be rolled out faster within one centralized team.” 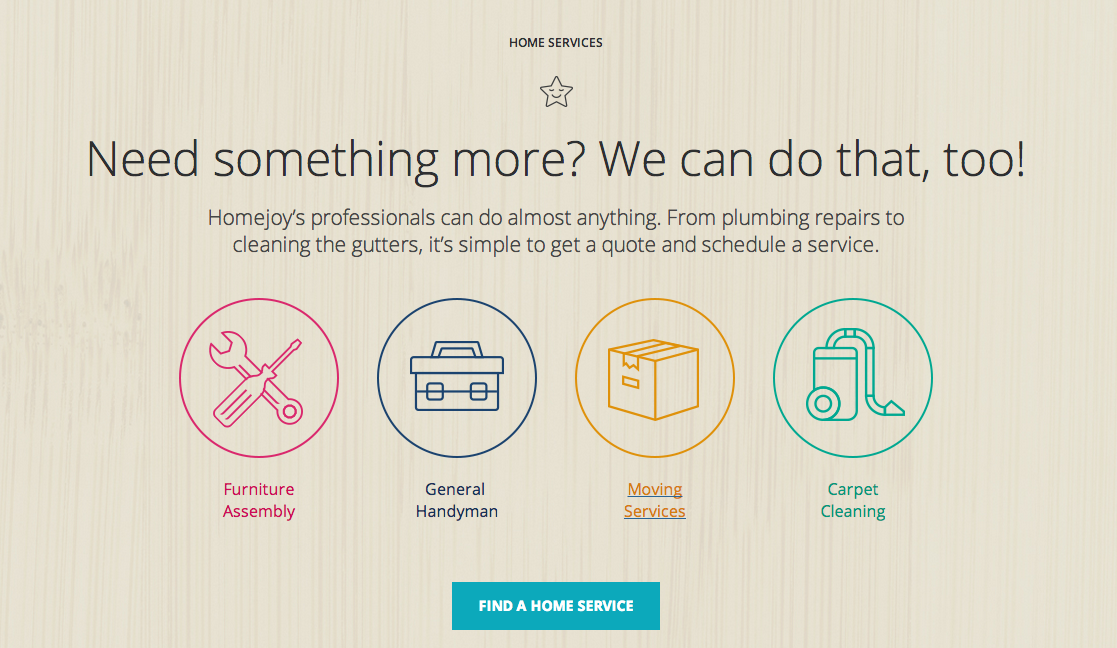 Now they’re expanding beyond cleaning. Homejoy is starting to offer other types of help around the house including handyman services, furniture assembly, and air conditioner installation (or repair) in limited parts of the Bay Area. “We have a startup within the startup, which is replicating what we did with home cleaning,” says Purrer.

Creating this sort of Russian doll scenario may seem like a bit of a high-wire act, but Purrer says that in many cases the new services don’t demand many differences in the way customers and the providers interact with Homejoy and each other. “From a growth perspective, it’s relatively similar. The competition is similar, you’re still balancing the local market and global business,” he explains.

But there are advantages, too. “Customers of the cleaning services are more than ready to try other services,” says Purrer. “They already trust us with everything around their home. In a lot of cases, they’ve already directly asked us if we also provide other household services.”

So when will you be able to book some help assembling your new flatpack furniture? It’s hard to say just when the new services will be scalable. “We are likely looking for a fast roll-out into many markets once we deem the product ready,” says Purrer.

In short, Homejoy will continue the method that’s worked in the past: keeping a narrow focus on the startup within the startup until all the wrinkles are ironed out, and then expanding. Though, whether they’ll maintain the same rocketing growth habits given the recent pauses in Canada and France remains to be seen.

Company spokespeople in both countries have been insistent that Homejoy isn’t leaving these markets for good, that the decision is “just a pause, not a shutdown.” Purrer agrees: “We are focusing on the existing markets in order to come back stronger within the next few months.”