When it comes to customer service tips, Chatbooks is the ideal startup to offer advice. The company’s innovative product for families is matched only by its clever approach to customer support, which harnesses the power of moms.

His previous services, Folkstory (a shared family journal) and JustFamily (a cloud-based shared photo library) were both solving the problem of tracking moments in the midst of running a busy family. But they weren’t automatic for the user.

Meanwhile, Nate’s wife, Vanessa, was consistently suggesting that they create a way for people to easily print photos rather than just saving and viewing them digitally.

With some persistence, they finally integrated her idea into this mission of preserving family memories, one volume at a time. The result was Chatbooks — an app to automatically get photo books printed for just eight dollars a pop.

We interviewed Nate and Vanessa to find out more about their journey building Chatbooks and the many customer service tips they’ve learned along the way. 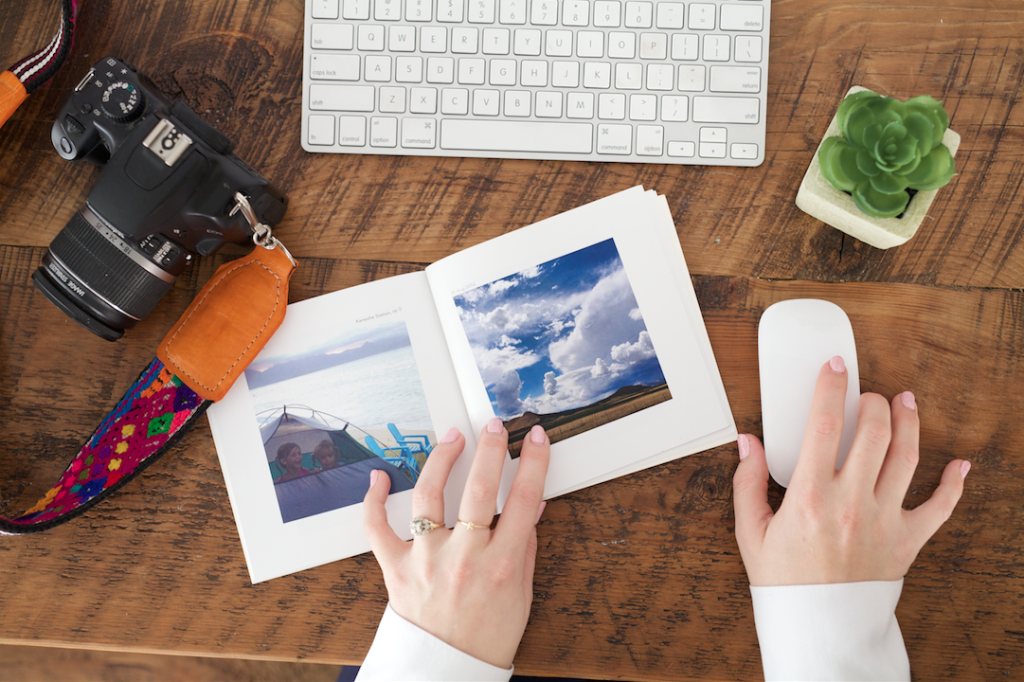 Don’t Try to Change Your Customers, Embrace Them

As the parents of seven children, Nate and Vanessa can attest to that parental guilt of printing fewer photos and making fewer scrapbooks with each kid. Not to mention, even with all the time in the world, scrapbooking is an expensive hobby.

Chatbooks is a way to get that tangible satisfaction without all of the money, glue, and glitter or having to glare into a backlit screen. “There’s real power and value in printed photos,” said Vanessa. And she’s not the only who sees it.

Once they committed to a printed life, their next hurdle was trying to get people to think beyond Instagram. For many families, that’s the final resting place of their photographic memories. But, after trying unsuccessfully to change that routine behavior, Vanessa thought it was time to embrace it.

With Chatbooks, you can automatically have a book printed and shipped to you with every 60 photos you take. You also have the option of curating your own book one picture at a time, or you can even create a personalized hashtag to designate which Instagram photos you want to print.

“We’re social creatures,” Vanessa said. “We love to share, and we’re sharing the story of our lives together.”

Year One: What a Whirlwind

June marked Chatbooks’ one-year anniversary, and it’s been a real whirlwind so far. From the time they launched, Nate explained, “All of a sudden, we had way more demand than we could handle.”

They spent most of 2014 running to catch up — which, as a startup, is a great problem to have in your first year.

Since last June, they’ve sold over 500,000 books. Even though it took a while to get to the idea for Chatbooks, “The years in the wilderness informed the really important design decisions that we ended up making,” Nate explained.

Ironically, one of the compliments they hear most often is that Chatbooks is so automated that users don’t even have to open the app. 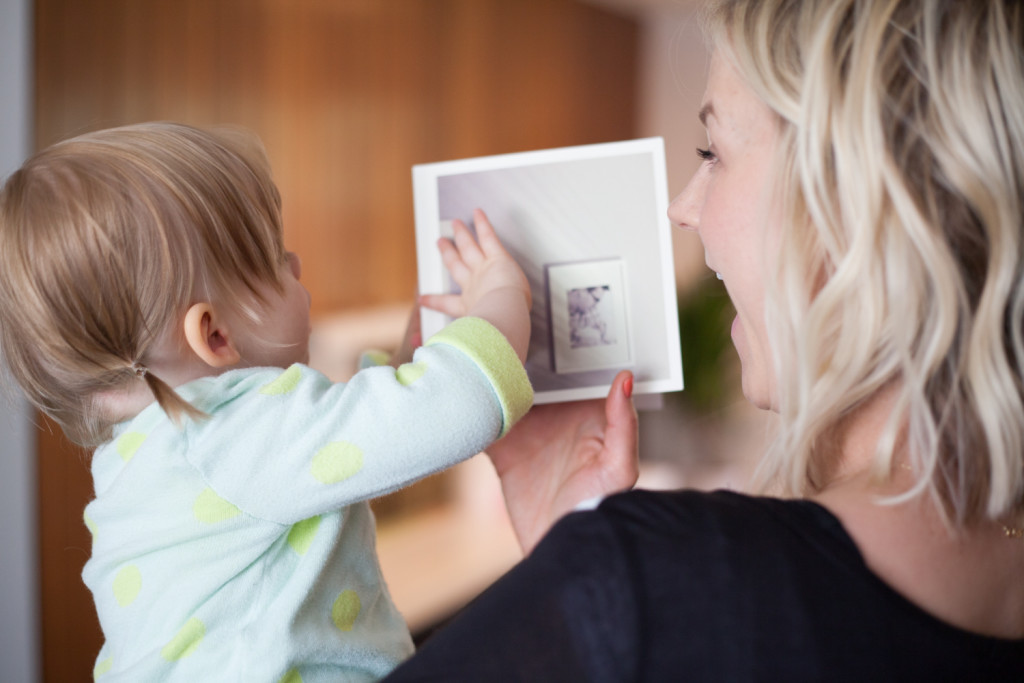 Through his early endeavors with Folkstory and JustFamily, Nate stayed with his core team of 3-5 people. But the super successful launch of Chatbooks demanded immediate growth.

In one year, they’ve grown to 34 employees — part time and full-time, remote and local. Their biggest asset and one of their first areas of growth was customer service.

Learning from Other Brands

In the early days (which were a mere year ago), Nate and Vanessa would sit in bed to the wee hours managing customer support messages on their own. They just couldn’t get ahead of it.

Previously, he’d worked for LiveTV, which was owned by JetBlue, and he knew that their customer service is one of the things that made them a special brand, especially in the airline industry.

Their customer service department was manned by stay-at-home moms. With the Chatbooks client base being 90% women and most of them moms, this seemed like the perfect solution.

“That was the most important decision we made,” Nate shared.

They call it the Mom Force — a group of 14 moms who make their own hours, working 2-5 hours each day answering customers’ questions and concerns.

Nate said that, unlike the massive call centers where people are plugged into grim cubicles for the entire workday, their Mom Force is “cheerful on every single ticket” because they’re working from home at times that fit their schedule.

In tech companies, women are often the minority, but Vanessa and Nate spoke a lot about the balance of Mars and Venus in creating Chatbooks. This is a company that needed a lot of Venus and that’s part of the reason why they say their Mom Force is one of their most valuable assets.

It’s helping them to find that balance and also provide top notch customer service. In many ways, these women set the tone of the company and have become its voice.

Vanessa said that people not only praise Chatbooks on social media, but they’ll call out the name of the mom who helped them with customer support. Their “No questions asked” reprint policy helps too. 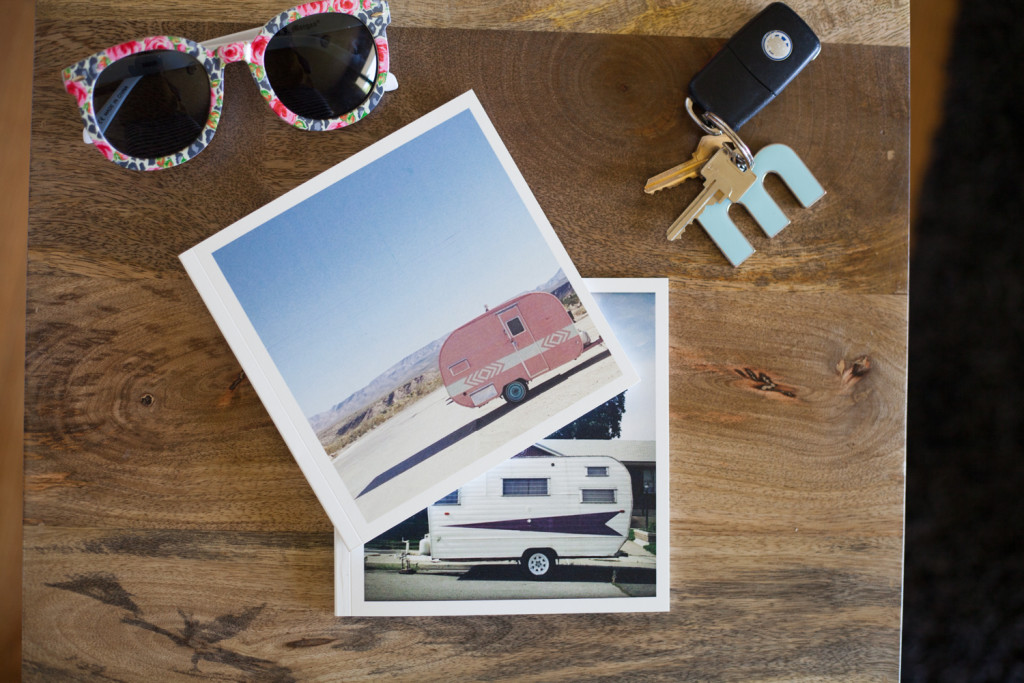 They said that the hardest part about starting their Mom Force was getting the word out, but now they have a list of people ready to join.

The second biggest problem (as you might expect) was communication, but that was solved with one of the latest team communication obsessions — Slack. Even though their customer service team can’t meet up in person, they said, “Slack has become a place where everybody hangs out.”

With Slack, everyone feels like part of the team rather than satellite employees who live only in email and attempt to show signs of life with the occasional emoticons.

Together they all share in work and family moments, as most of them are starting families of their own. It’s easy to take time off to be with family and then hop back to work when they get free time.

Every week, Support Manager (a.k.a. “Troopmaster”) Angel Brockbank checks in with each of the moms with a phone call to see how everything is going.

“The calls usually consist of finding out how things are going for them, not just with Chatbooks but as a mom, balancing everything, etc. I feel it’s important to let them know that I care about their entire life, not just what they do for Chatbooks.”

By finding out more about their lives, Angel really gets to know them and is able to see if there are any tools or training that they need or advice that can be passed on to the whole team. It’s not only a morale booster but a form of employee appreciation.

With such a strong team and a flexible employment model, it’s no wonder that they have a stack of resumes from people wanting to join the Mom Force.

“I feel like if we were to double our sales tomorrow, we could handle it,” Nate said. They predict that they’ll even be able to scale internationally. 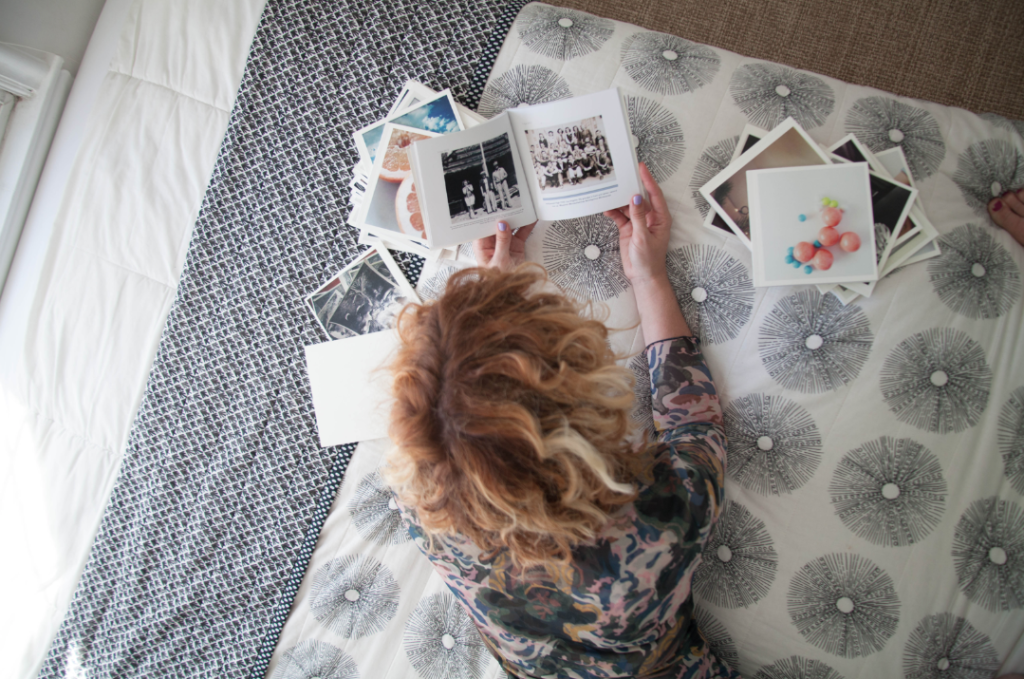 Anyone who has worked with a family member, spouse, or friend will tell you that it can cause some serious issues in the relationship. You try to separate your work life and home life but, as an entrepreneur, the line between the two can quickly get lost because of the massive time demands.

This venture is definitely as demanding as you’d expect, but thankfully it hasn’t caused Nate and Vanessa to hate each other’s guts. In fact, Vanessa said, “Our relationship is 1000 times better,” and their family has gotten closer.

Before Chatbooks, they were each carving out alone time for their individual work passions, but now their passion is shared and everyone sees each other more often. “We are both so personally and financially invested,” Vanessa explained.

What was once a side project is now a main focus in both of their lives, and there’s less of a separation between family and Chatbooks. Nate said, “It’s this totally integrated life … and it’s working better.”

Any working parent wants to focus on family, but in order to provide for them, work takes your attention. As Nate put it, “It’s an impossible war.” But now his and Vanessa’s attentions aren’t split, allowing them to end the battle. 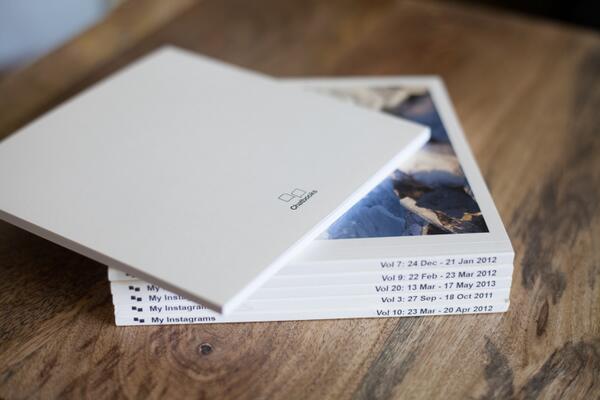 Looking back at the launch of Chatbooks a year ago, Nate’s best advice to his past self would have been about hiring.

“It’s always so tricky to figure out when to grow the team,” he said. “You don’t want to get way out ahead of revenues and then feel exposed if your business doesn’t catch up.” But he said that being too conservative in your hiring can also put you in a bind when you’re growing quickly.

“In hindsight, I wish we would have been more aggressive in our hiring as we’ve had to really scramble to keep pace with our growth this past year.”

After learning that lesson and building their team to this point, one thing that will surely remain a priority is their Mom Force customer service team.