We’re talking to founders, developers, and product managers who are creating apps for the Apple Watch in our Case Study series. You’re reading the fourth installment.

If you’ve been wondering if it’s possible to fit games on an Apple Watch, it turns out you can. Mini Anagrams is an app from developer Aswin Raj Kharel that lets you easily play word games on the go to get in some daily brain teasers.

Kharel taught himself to code in 10th grade and now he’s studying software engineering at the University of Texas, working full-time, and making apps in whatever time he has left. He calls himself a “nocturnal coder.” 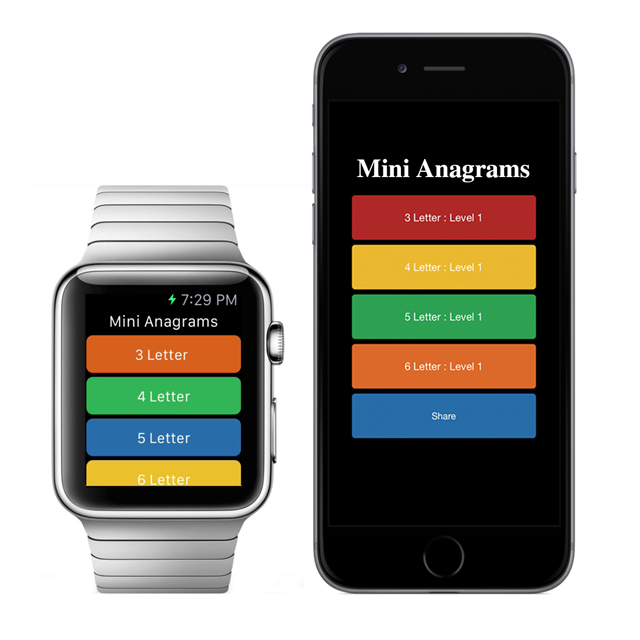 Starting with the Watch app rather than the mobile app was part of what helped Kharel to create such a simple game.

He explained, “[Considering] all the constraints and limitations that we had with such a small device, it was really tough to come up with a good game.”

He landed on his simple, yet challenging Mini Anagrams with the goal being 20 seconds or less per “turn.”

When he started creating the iPhone app, he made sure to work from the same database so players could go between the Watch and the phone and continue playing at the point where they left off. He also added additional functionalities like social sharing and a game center.

He said, “That is how I ended up with a game that works stand-alone on both the devices.”

All in all, after making sketches of what his game would look like, the coding took him three weeks, working on it after school and his day job. He created Mini Anagrams with over 450 levels and four genre options.

After he was done, he said that the approval process was much faster than usual: “It took less than 48 hours for Mini Anagrams [to get] approved. Other times it used to take between 9-12 days for approval.” 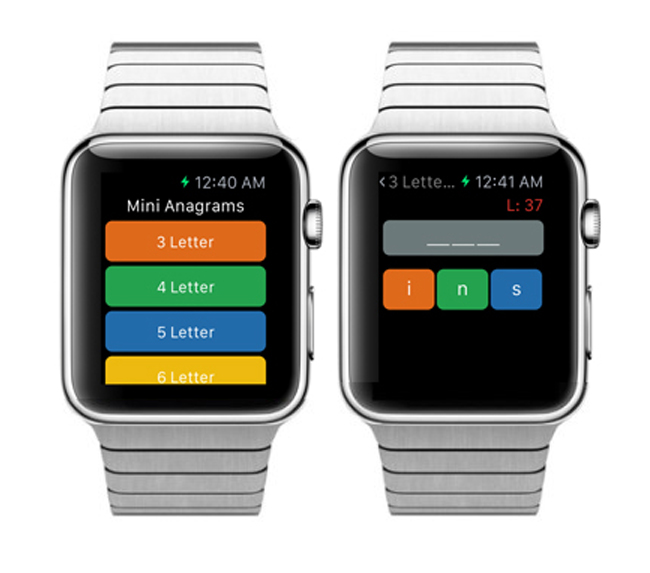 For Kharel, it was important to put the utmost attention into every nook and cranny of the Watch app because there were a lot of limitations to consider: screen size, touch accuracy, screen readability, processing power, etc.

“Apple Watch is a new ecosystem for every developer,” he said. “There is not much information out there for [this] new technology other than Apple’s official guidelines.”

To make sure he was creating something that worked, he tried to stay in touch with other developers, so they could share their processes with each other and solve problems as a community. With technology so new, Apple can only predict so many problems before it’s released to the world, so troubleshooting with people who were in the same boat was really beneficial.

At the most basic level, Kharel said that one of the first things you have to think about when creating the Watch app is fitting all of the UI elements onto a tiny screen.

“That is when we have to make the big decisions on what is important and what is not. Then we sort out elements and try to design something that is as functional as the iPhone app,” he said.

Second was functionality — “sorting out which code to run where in the project.” For example, code that handles social sharing is reserved for the iPhone app while code that handles logic has to be executed in the Watch app.

His advice for people who are about to build for the Apple Watch is to first know that it is a daunting challenge, but even if the answer you’re looking for can’t be found in Apple’s guide, someone in the developer forums has no doubt encountered it or at least will help you fix it.

Kharel said, “There is not much info out there so try to get in sync with like-minded people and fellow developers and share experiences.” 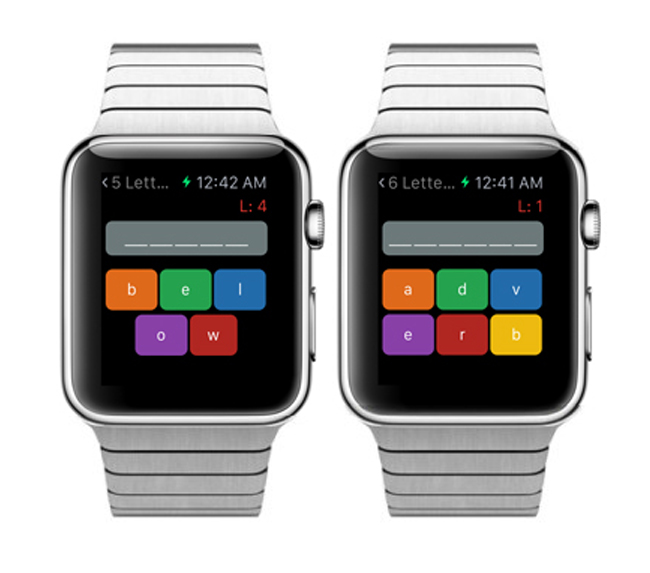 For Kharel, no matter how flashy and cool a Watch app is, if it crashes or lags, it’s a bust. Performance is always number one. He said that you don’t want apps crashing while you’re showing off your fancy new Apple Watch to your friends.

If your app works, take a good look at how it looks. The Watch is a small space to design in, but that doesn’t mean that it takes less designing. One of Kharel’s personal design preferences is to “keep the background black so the app blends with the bevel of the watch.”

His final must-have in a Watch app is that, even if it’s a game, it shouldn’t aim to be a time suck. He said, “[The app] should feel like a part of the user in the same way the Apple Watch does.”

That is, it should enhance life not distract from it, which is why he stuck with short game play. The kind of thing where you could tackle a level while waiting in line to get coffee.

So you’ve made an awesome app. Now what? According to Kharel, you’re just getting started.

Even after your Watch app is in the App Store, “[the remaining] 60% is the marketing and public relation aspects,” he explained. We’re detecting a trend in Kharel’s sentiment as Löwgren of RemindMeAt said the same thing.

Kharel said that, with his next app, he’ll start focusing on marketing and PR from the very beginning rather than just picking up on it after the app is in the App Store. Because, if no one knows about your app, it doesn’t matter how cool it is.

What’s Next for Kharel?

Next for Kharel is an attempt to make Apple Watch game building a little simpler for everyone. He’s currently working on a framework to allow developers to create their own 2D Watch games.

He said, “I am a little skeptical about whether [Apple] would allow such intense code to be run for the Apple Watch.”  So you may be on your own to create a new game, at least for now.

Lessons Learned from a Startup Built on Life-Changing Experiences