How Getaround Grew the ‘Impossible Idea’ to over 200,000 members.

“From the start, everyone said, ‘This is an impossible idea,’” says Sam Zaid, CEO of the new transportation startup, Getaround. “That was sort of motivating, just knowing that it was impossible, but maybe not impossible—maybe things just seem that way until you get into them.”

Back in 2009 Larry Page told the inaugural class of Singularity University, which included Getaround founders, Sam Zaid and Jessica Scorpio, to build something that would positively impact a billion people within ten years. They chose transportation. Or more specifically, they chose to find a more efficient way to use your car, the one sitting idle on the street right now. There are already a billion cars on the road and that number is only rising. Yet, on average car owners spend only 5-10% of the day actually using their cars. So why go through the hassle and expense to own a car when you could just rent your neighbor’s? 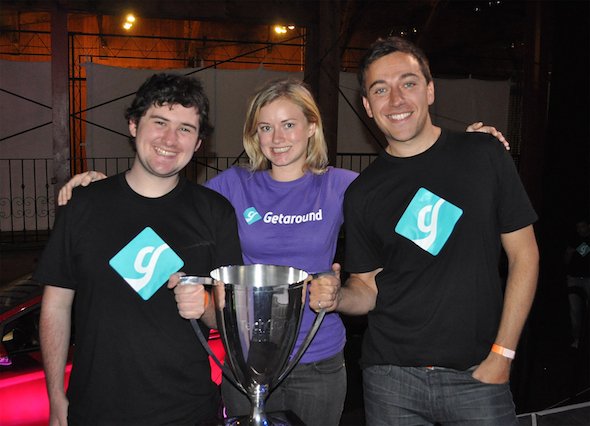 “For the most part, people thought it was a really stupid idea,” Sam Zaid told me over the phone last week. “Nobody would want to share their car and we’d never get insurance.” But they did get insurance and, as it turns out, car owners are more than willing to share. Getaround only launched last year, but they’ve already expanded to five US cities (San Francisco, San Diego, Chicago, Austin, and Portland) and accumulated over 200,000 members. I sat down with Sam to find out how he did the impossible.

When you were still forming the idea for Getaround, was there a distinct moment when you committed to it, when you decided you were all-in?

We were passionate about the idea from the get-go, but we also knew it could totally blow up in our faces. Why would you do something where you have all these immediate hurdles? And we had to build hardware, and that’s hard to do.

The thing that really helped us was when we first managed to get our first insurance contract, which was a three-month insurance proof-of-concept. We had three months to prove the business model could work. That was probably the thing that catalyzed things, but it took us 12 months to get to that point.

How did you go about validating the idea for Getaround?

In the space that we were in at the time, there wasn’t really a lot we could do to validate other than put it out on the market and see what happened. We didn’t know if we could get insurance because no one’s going to give you insurance if you’re just a couple of guys with a PowerPoint.

Startups don’t seem real when you come up with an idea. You’re like, “Oh, this is a great idea,” but the thing just doesn’t feel like there’s any substance to it, and then, as you start working on it, it feels more and more legitimate, more and more real. With Getaround, it was really just going out there and starting to work on different parts: build hardware, build the initial prototypes, figure out the user experience, start building a team, and start working on the insurance. 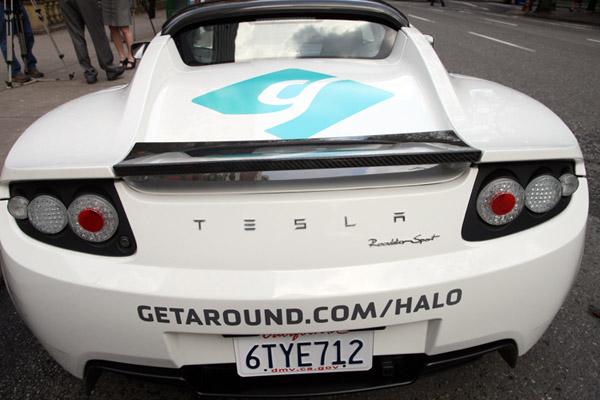 In previous interviews you’ve said tenacity is important for a founder. But I’d imagine it’s also important to react quickly and be flexible when one tactic or strategy isn’t working; How do you know when you should stay the course and when it’s time to try something else?

I think, a lot of the time, you might just want to change the tactic you’re employing, not your strategy. Change the plan, but adhere to your beliefs. I’m not saying don’t ever modify those as well, but I think you have to modify those a little bit more carefully than your day-to-day or month-to-month plan. If, for example, you believe that cars are shared more and more frequently and that access is a better model than ownership, that’s a tenant you adhere to. I don’t think those are things you want to be changing rapidly.

What’s the most challenging part of starting a marketplace business?

For marketplace businesses, the challenge is you have two metrics that really matter because you have two sides to the business, and so essentially everything you do is twice as complicated. You always have to think of two different customers and two different sets of metrics that have to move in concert together. I think that’s the hardest part of a marketplace. It’s going to be hard enough just dealing with one customer base, but to have to deal with two makes everything even more complicated.

What kind of advice would you give to someone trying to start a marketplace business?

It depends on the marketplace. For all marketplaces, sequencing is very important. You need to figure out what order you do things in, because if you try to do everything at once, you’re probably just going to kill yourself.

In our case, if we were to buy the first 30 cars, then that would allow us to work on the renter experience and all that stuff, discover some of the challenges there without having to worry about how we deal with car owners—We did actually did that when we first launched our Instant experience. We bought 10 cars and tested the renter experience on those 10 cars first.

One of the things that founders tend to struggle with as the company grows is the need to delegate. What advice would you give to new founders who are just starting to hire?

First, I’ll say that I think hiring the right people makes it a lot easier to delegate. I think finding those people who are really, truly amazing A-players is a lot harder than people think. They’re certainly not 50% of the population, they’re not even 10% of the population. When it’s the right person, typically the feeling is that they’re going to do a better job than you, they’re really going to own it.

The second thing I’ll say is I don’t know that you need to figure all that out early on. I think you can go without having delegated all functions of the company for quite a while. It really just comes down to: What is the most important thing that you need to have somebody looking at day in, day out? What is the most important thing that needs more time, that nobody has time to work on? Focus on finding somebody who can really drive that. Put a lot of effort in trying to lock down that one person.

I think the reason a lot of people have trouble with delegation is because it doesn’t work a lot of the time. And that’s largely because people delegate stuff too quickly and don’t spend as much time figuring out what really needs a high level of ownership and who can really drive that forward. My advice to start-ups is: Don’t be too quick to delegate.

Looking back at Getaround, what advice would you give to yourself about funding?

There are certain times in the lifecycle of a company when it’s easier to make money—It’s probably never easy, but easier. You can raise cheap capital based on the product and potential or hype, but you want to be really careful about how you sequence your fundraising. People tend to value you based on something specific, so it might be the team, it might be the product, it might be market potential, or it might be the actual traction. It’s sucky when you’re in between, and the product still has a lot of potential, but you haven’t quite got the traction yet. I’ve seen a lot of friends get stuck in positions where maybe in another year, they’d be able to raise on traction and revenue, but they’re not quite there yet and they need money. On the other hand, they can’t really raise on potential anymore because they now have real data against the product, and so there’s these values where you’re in between different realms, where you have to get across them.

What advice would you give to an entrepreneur looking for funding?

It depends what type of business you’re running. Not all start-ups need funding, some you can bootstrap. First figure out if you’re a growth business, or a lifestyle business, or somewhere in between. There will be different audiences for different sorts of businesses.

Who’s had the biggest impact on your career?

I’d probably say what’s made us successful is the fact that we, as a company, have a strong work ethic; We drive pretty hard and we don’t give up. I think a lot of that for me comes from my father. That’s how he’s always been, so I learned from him that you’ve got to be willing to put in the time and work hard to get stuff done. That’s something that’s carried through to my career as an entrepreneur.

What kind of impact is Getaround having on the community? I mean, besides getting cars off the road and saving users money.

We’re trying to connect people with their communities. In fact, one of the top motivators for people who share their cars is to help the community. So we’re trying to do more and more to connect people in a way that promotes trust. A great example: we had an early car-owner who said he got some of his most meaningful relationships through Getaround, and actually started advising two companies when after he met the founders when they rented his car. He made a lot of money with Getaround, and that was great, but the intangible value is this connection to people and the friendships he made.

This Device Will Automate Your Day-to-Day Life