This post is part of our series of interviews with influential figures in the tech industry. First up was Instapaper CEO Brian Donohue and now we’re chatting with Airbnb VP of Product Joe Zadeh.

Airbnb changed its branding in a big way in 2014.

Instead of having a stylized logo that reminded people more of Skype than a service used to rent out homes and apartments, it introduced what it called the “universal symbol of belonging” for its community. Some might have seen the logo as something else entirely, but that was the company’s intent.

How did that rebranding change Airbnb’s products? And how exactly does a company focused on helping people find places to stay work on the Apple Watch, let alone the updated Apple TV expected to debut some time in October?

We asked Joe Zadeh, the vice president of product at Airbnb, these questions and more in the interview below.

What is your role at Airbnb? What did you do before joining the company?

I’m currently the VP of Product, where I head up the Product Management team as well as lead cross-functional company initiatives.

I joined Airbnb over five years ago as our third engineer. At some point, I found myself doing less and less of the engineering job and more and more of the PM job. Eventually I transitioned to be a PM and then to lead the entire PM organization.

Prior to joining Airbnb, except for a short stint at another Bay Area startup, I spent six years getting my PhD from Caltech in Bioengineering. Half of my graduate research was on algorithms for biomolecular design. The other half was designing and building a web app to make those algorithms really easy to use.

I really enjoyed the mixture of art and science, which is ultimately what attracted me to Airbnb. The founders were known for their design skills. I thought I would learn more about building great products sitting next to two designers in an apartment then I would being a PM at a larger company.

That risk ended up being the right one. I’ve learned so much about design. I also think I’ve brought an elevated sense of science to the company. 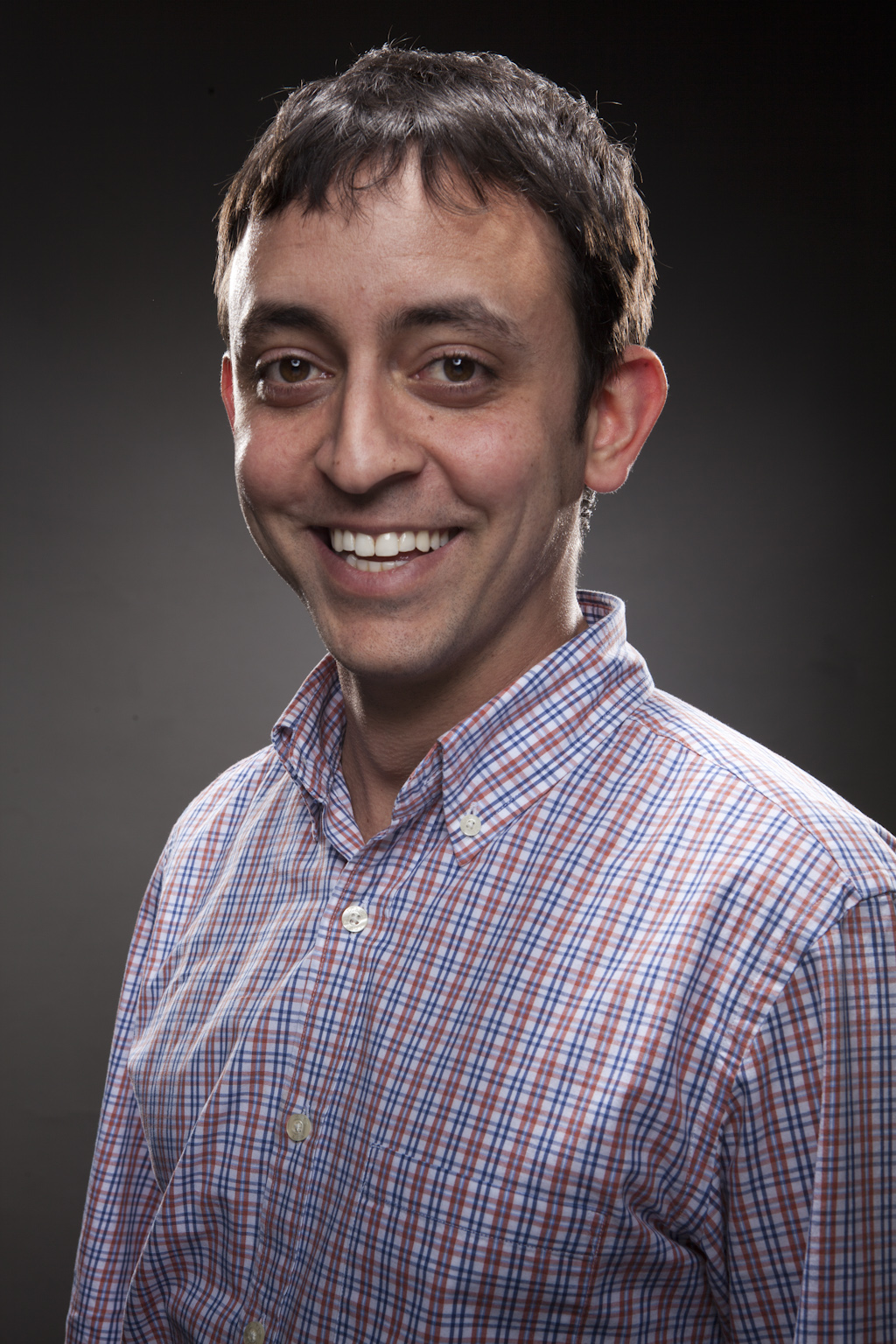 How did Airbnb’s big rebranding affect the web and mobile apps?

When we launched the Bélo last July, we took it as a moment to update all of the pages on our app and our website. We redesigned every single pixel and flow across our entire digital platform.

It was a great opportunity to level up our design and bring better consistency to the entire system. We added a bunch of new things like a new home screen, a location relevant discover feed, and new collections to name a few.

Because our new brand represents belonging anywhere in the world and connecting with people, we also emphasized our hosts and their neighborhoods much more in the design. When you book an Airbnb, it’s not just the listing you are booking, it’s also the connection you are making with people and their immediate surroundings.

How did the Apple Watch app for Airbnb come about?

We focused on one thing for the Apple Watch app: messaging.

We want hosts and guests to stay connected before and during their trip. This is what differentiates us from traditional accommodations. The Watch is really good for quick pulses of communication between guest and host.

As the Watch technology develops further, we think it could be a really breakthrough technology for travel. You aren’t traveling to another country to stare at your screen all day; you want to be immersed in the culture. The Watch could be a great platform to enhance your surroundings with context without getting in the way.

How was the development of the Apple Watch app? I’ve seen complaints from others about some of the initial limitations.

We love developing for new platforms and getting a chance to start fresh. We did that with the Apple Watch.

We started with a team of designers, researchers, and developers going on a scavenger hunt with the Watch as their guide. We quickly became power users and understood the best way that the Watch could support our customers.

Through that process, it became clear that messaging was not only a core feature for Airbnb but could be great for the Apple Watch. We don’t feel like we have to do everything on every platform. Instead we focus on what each platform is incredibly good at.

Have you had a chance to use watchOS 2? What differences might people expect from that update?

We’ve started playing with it but don’t have a set timeline for updating our app with new functionality.

We want to spend more time with our customers and study how they use the current implementation before rolling out the next upgrade.

Can you tell me a little about the upcoming Apple TV app for Airbnb?

Coming back to this idea that each platform has its core strengths we want to leverage, the Apple TV platform is really great for browsing high definition and aspirational imagery in a shared setting.

Most of our reservations have more than one guest, so we really focused on an app that helps people get inspired and plan together. The app will help people discover the best of Airbnb and save favorites to a wishlist. 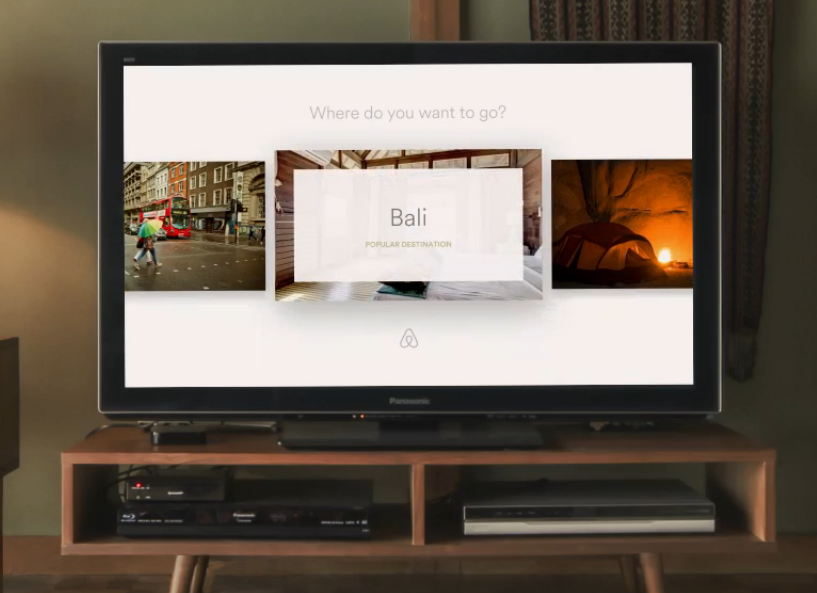 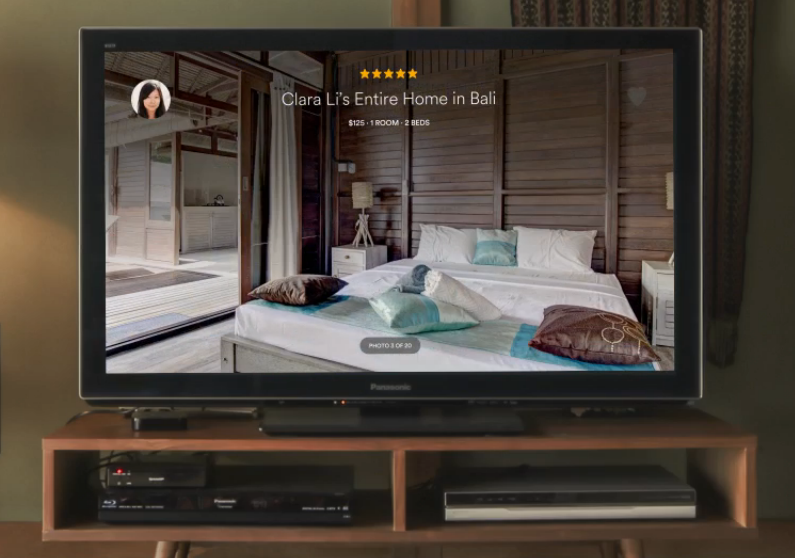 How do you keep the branding and UX consistent from something as small as the Apple Watch to something as large as a TV set?

We have several different cross-functional teams that work within the same design principles and engineering practices to build apps that feel cohesive across every device. We’ve agreed upon those principles ahead of time so teams can develop as fast as possible.

Every platform is a new challenge, and we want to design the right experience for the right platform. The Apple Watch and Apple TV are great examples of two sides of the spectrum.

The Apple Watch is an incredibly intimate experience, the communication between hosts and guests, whereas the Apple TV is meant as a [way to] lay back and experience Airbnb together in a group setting.

Both look stylistically Airbnb, but they have different features that make them the right experience for that platform.

Is the website something you guys are also constantly working on or are apps the focus?

Using Airbnb, both as a guest and host, is often a multi-platform experience. Some people browse on phone, book on web, or vice versa. Others do the entire process on a single platform.

While we still focus on improving web, the trend is customers moving to mobile. In over 65% of reservations, our hosts will interact at some point on a mobile device. When hosts are mobile, it provides a better experience for our guests.

Looking further, Airbnb has online technology that lets you access an offline experience; mobile is the perfect platform to live at the intersection of online and offline. We see ourselves investing more and more there.

What can we expect from Airbnb in the future?

In November, we are hosting the Airbnb Open in Paris. It’s a huge gathering of 6,000 hosts from around the world. 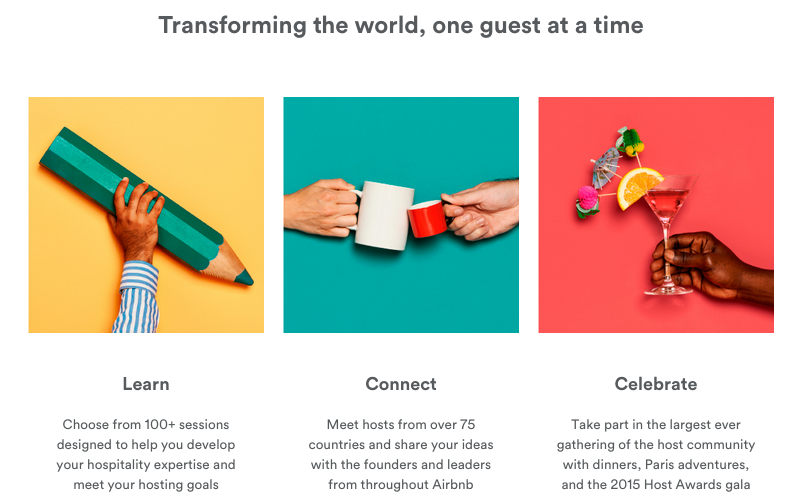 Our hosts provide amazing hospitality, and we want to continue making it easier to do that.

We think the technology should take care of everything technology can do great, so our hosts can do what they do great: providing human connection. So we plan on continuing to build features that make it easier to be successful hosts.