Wondering whether you should build an Apple TV app? Read on to find out whether it’s right for you.

The Apple TV has been around for quite some time. In fact, it was introduced back in 2007, when the very first iPhone was released.

But, unlike the iPhone, the Apple TV had a back-seat status of being more of an Apple hobby. And despite numerous incremental improvements over the years, this little black box had still not received much attention from Apple.

This all changed, however, in fall 2015. Amidst the excitement of Apple’s announcements of the new iPhone 6S and iPad Pro in September, the company finally put Apple TV in the spotlight.

The device has been reborn with an array of hardware enhancements, including a fast A8 processor. And the new Apple TV will be controlled through a cleaner interface with deep searching, a gesture-friendly remote control, and the ability to hook up gaming controllers — all powered by Siri.

But the most notable improvement is the all-new tvOS framework, which opens up the platform for the first time to third-party developers.

The first obvious category of apps we expect to see are games, and the bridge from iOS to powerful and immersive TV-room games shouldn’t be too difficult. But of course, games aren’t the only type of app well-suited to the Apple TV.

Read on to find out more about the various use cases for the Apple TV and determine if building an app for this platform is the right approach for you and your company. 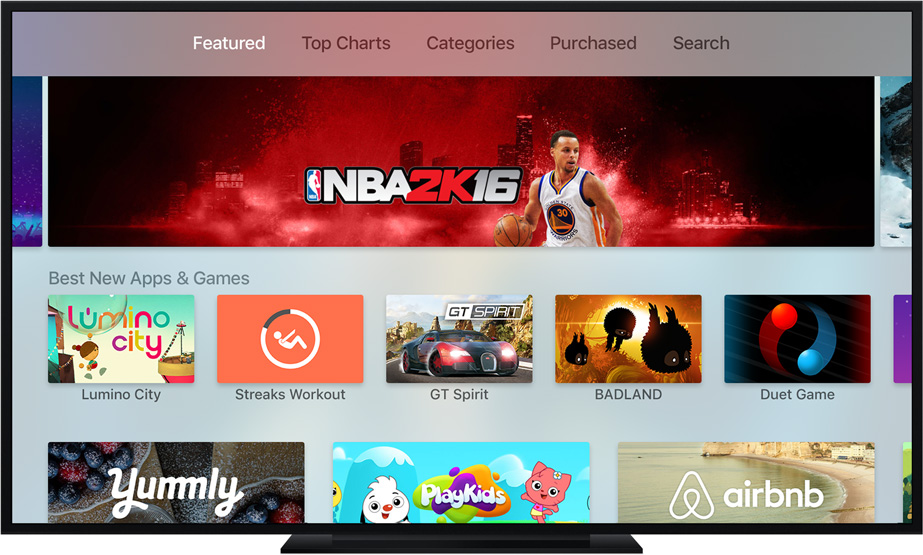 Why Build an App for the Apple TV?

To answer that question, we need to look at what type of apps would be useful and engaging in the living room, sharing one big screen with your friends and family.

Using controllers and a large TV screen, Apple games will become more social and inclusive — a shift from people hiding away and playing alone on their small screens.

The new platform Apple launched sets the stage for it to compete with other gaming consoles like Nintendo, XBox and Playstation.

We will see developers like EA extend their gaming offering from current iPhone and iPad games like NBA 2K16 and John Madden Football, promising a more addictive experience.

While Guitar Hero has already announced it will be building for tvOS, we expect to see many more family-oriented games (like we’ve seen on the Wii) make their way onto the Apple TV. 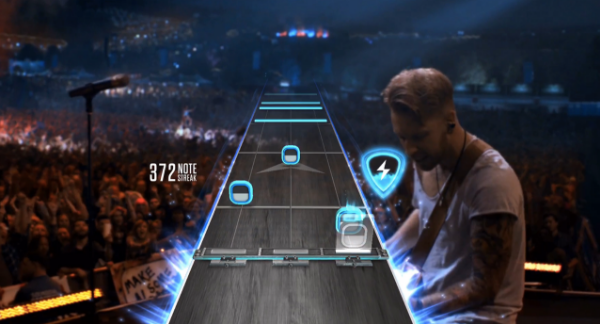 Apple has already demonstrated the new and improved MLB at Bat app, allowing viewers to stream live baseball games at 60 frames per second, with split-screen viewing for live video combined with full statistics.

The NHL is also working on a similar experience for all of the hockey fans out there.

But the real anticipation is for any sports channel to be able to jump in with their own subscription-based live offering.

In addition to games and sports, the Apple TV is, of course, ideal for TV and video content.

Netflix and Hulu have had a presence on Apple TV for quite some time. But Apple had negotiated with these major streaming services individually, in order to make them available as channels on Apple TV.

Apple had also previously negotiated with other broadcasting partners, such as MLB and the NHL. But smaller companies and app developers were not part of the equation. This has now changed.

With the Apple TV now having its own App Store, any developer big or small is capable of showcasing their content through the tvOS platform.

Podcasters and video producers can now create their own apps and channels for the benefit of consumers.

Using Apple’s new Television Markup Language (TVML) and a bit of JavaScript, companies don’t even have to go to the trouble of developing in Swift or Objective-C to create a simple tvOS app.

The templates are also a perfect delivery mechanism for video-hosting apps, such as educational software like Lynda and Coursera, to make their way onto Apple TV.

Airbnb was one of the first partners announced for tvOS, and the company even demonstrated during Apple’s September 2015 event. 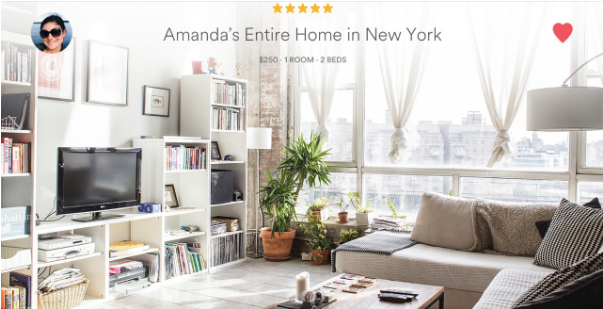 Airbnb, as well as real estate app Zillow and travel app Expedia, are a natural fit for the type of sharing environment provided by Apple TV, as they provide content that makes sense to consume communally.

Rather than emailing or texting friends and family, you can all share a large television screen in the comfort of your home and peruse holiday rentals, hotel packages, and flights all together, discussing and debating the various options. 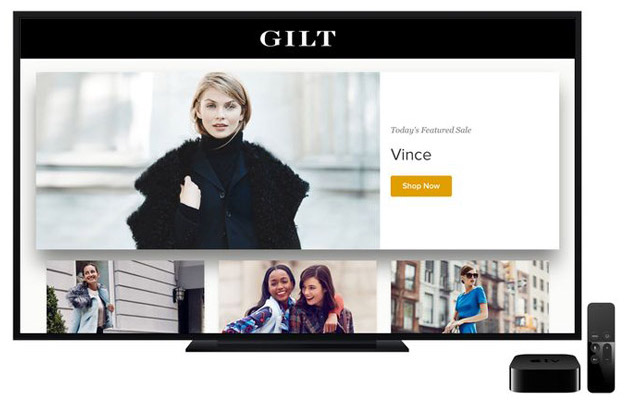 Other apps that we imagine would make for a great sharing experience on tvOS include:

Not all social apps make sense for viewing on the living room TV. For instance, you probably wouldn’t want to display your Facebook messages out in the open.

But others, like pin board app Pinterest, photo sharing app Instagram, and video sharing app Periscope, could make for an engaging and fun communal experience via Apple TV.

While sharing content on the Apple TV via AirPlay isn’t new, being able to view holiday photos from your friends and family via social media apps brings a new method of sharing without compromising privacy.

Other potential social apps that could make their way to the big screen via Apple TV include:

Now that we’ve given you an idea of the types of apps that could make it big on the big screen, there are some important development and design factors worth considering when building an Apple TV app.

The first is architectural; specifically, whether to go with a TVML app (such as using the templates provided by Apple) or to create a fully-fledged custom app.

Choosing Between TVML and Custom Apps

TVML apps are powered by JavaScript. They are largely templated by Apple in order to easily create the UI for hosting a series of videos or audio, and that’s pretty much it.

If you want anything more robust, such as a game, a shopping app, or social app, you would need to go down the fully-fledged custom apps route.

Custom apps require significant development time and are essentially iOS apps that are custom-extended to support larger screens with optimized assets and layouts.

But, if you already have an existing iOS app, supporting tvOS is rudimentary. In that case, creating an Apple TV app simply requires some design considerations for the big screen, as well as enabling remote control gestures. 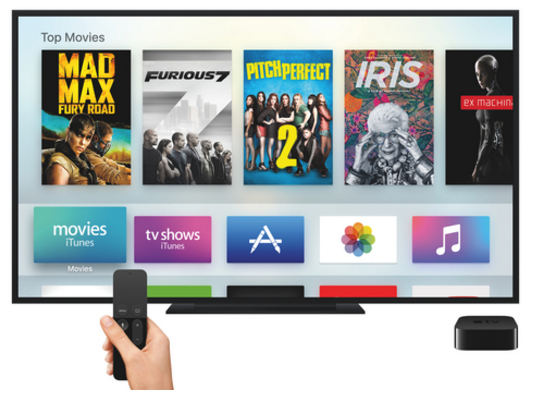 Apple TV apps, unlike mobile apps, are not meant for your private eyes. Instead, they are exhibited in the living room for others to also see.

That is why privacy and personalization are two factors that need to be carefully considered when deciding what’s appropriate for tvOS.

Apps like Facebook generally are not ideal for the big screen because of privacy concerns with having your personal messages displayed for others to see. If Facebook were to release an app for the TV, it would most likely be focused on the public feed, as opposed to individual messages.

As you can see from this example, it’s important to consider what part of an app can be shared with others and what part would make sense to keep private.

This brings us to personalization, by which we mean the ability to distinguish between different users and their preferences.

You need to assume that more than one user will be interacting with your app and provide the ability for multiple users to access their profile or personalized version of your app.

One company that has been doing this for a while (and not just on Apple TV, but across all of their supported platforms) is Netflix.

Netflix’s design makes it easy for each member of the household to have their own queue of movies and TV shows, as well as allowing them to make reviews and receive recommendations on an individual basis.

The trend in 2016 and beyond is for households to cut the cord and move away from mainstream cable broadcasters in favor of a la carte consumption of entertainment (e.g. Hulu and Netflix).

HBO and Showtime have started similar services, and the trend will almost certainly continue.

This presents the perfect opportunity for smaller broadcasters around the globe to showcase their video and subscription-based entertainment on Apple TV.

Apple TV also provides an opportunity for games, especially those that have been very popular on iOS, to extend their brand and presence and allow for a new style of multiplayer gaming.

For example, music games like Guitar Hero and karaoke will be much more engaging and entertaining on the bigger screen, due to the nature and genre of this type of app.

Apple TV apps for travel and shopping will allow developers to present content that families or groups of friends enjoy viewing on a bigger screen and discussing all together.

This format will make the experience more succinct and inclusive, as opposed to trying to share via iPhone or iPad.

This is the first time Apple is truly taking Apple TV seriously and, with yet another new platform for developers to sink their teeth into, we will start to see a whole new category of apps emerge and evolve over time.