Tech Products Are Linked in Chains of Innovation

Back in the 1970s, there were no mobile phones or Internet –actually, there were not even personal computers. Have you ever asked your parents how they were able to live without them? Their answer may be as simple as: “We didn’t need them.”

As society progresses and technology advances, new gadgets are created to make our lives easier and more comfortable. It is difficult to fathom that there were no iPhones or social networks only about 10 years ago. Today, many people would state they can’t live without them. They have become a necessity.

How are needs originated?

‘It is quite true that man lives by bread alone — when there is no bread. But what happens to man’s desires when there is plenty of bread and when his belly is chronically filled?” ~Abraham Maslow, A Theory of Human Motivation

When basic needs are fulfilled, then new needs emerge. According to Abraham Maslow, humans are motivated by attaining goals to fulfill specific needs. On his Hierarchy of Needs model, he outlined a series of stages or needs and separated them by different levels of value.

Maslow believed that people act according to those needs and that the most basic, lower level needs must be satisfied in order to progress and escalate the level ladder.

In other words, when we have met our Physiological needs for shelter and food, then we move on to the second level of Safety. That level is followed by Love and Belonging, then Esteem and finishes up with Self-actualization. The most important need in Maslow’s hierarchy is Self-actualization — it can only be achieved after all other needs have been covered.

Even though Maslow listed Physiological needs as the bottom level, some may argue that today the most basic need is actually the Internet. 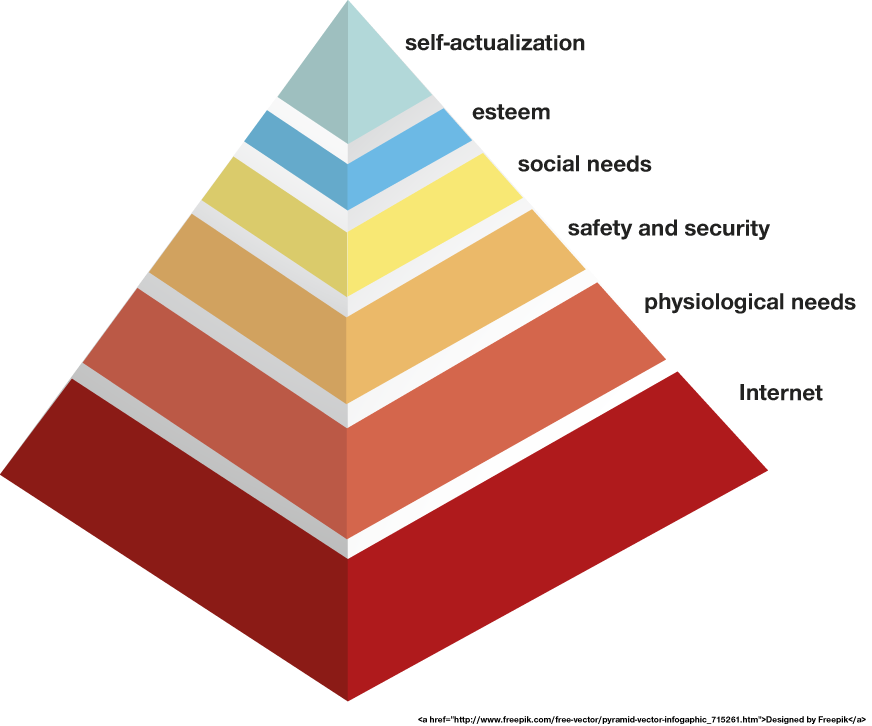 Such a success was only possible because Snapchat offered something innovative that covered a newly emerged need for millions of people –it added a strong feeling of privacy or even secrecy to instant messages.

Years before Snapchat, the IM genius WhatsApp was already one of the top 20 apps in the US App Store. WhatsApp had positioned itself as a reliable and efficient solution that allowed people to have free text messaging on their phones. It can be argued that once users had that need covered, then a need for a private, non-traceable solution was created –and the guys at Snapchat were clever enough to see it.

If we want to look even further, after Snapchat and WhatsApp had us covered with IM and secret messaging, then a need for a more secure messaging system emerged.

In June 2014, the German company Shape launched Sicher (German word for “sure” or “safe”), an instant messaging app that not only deletes sent messages, like Snapchat does, but also uses SSL to allow users to send end-to-end encrypted messages and files. So, Sicher is –for now– the last link in this chain of innovations.

Each of these startups covered a need generated by the previous innovation, so we can only imagine what could be coming next.

Who wins the race?

Of course, WhatsApp, Snapchat, Sicher and others can coexist – there are plenty of users with different preferences and needs. Actually, Wikipedia shows a list of almost 70 different IM clients. But it seems reasonable to think that in the mid-term, most of them will disappear or become residual (if they haven’t yet).

Which ones will succeed? Some may be tempted to think only the big ones, the ones that can invest important amounts of money in development and marketing. However, it’s important to remember that industry giants such as Google, Facebook, Apple and Microsoft did not start out as big, well-established companies with plenty of resources.

It’s plausible that Snapchat and Sicher will take a portion of WhatsApp’s market audience, but it’s not likely that they will replace it – so it seems there’s a piece of cake for everybody.

But to return to the example above of Google, it’s worth noting that it did replace well-established search directories such as Yahoo! Search and Lycos. And to think, in its origins Yahoo! was one of the most popular browsers that provided a directory of websites with a searchable index. It wasn’t the first attempt to put some order to the ever-growing amount of information available on the World Wide Web, but it was a great solution.

However, it was not a “complete” solution: while covering a need, it created many other needs that Yahoo! wasn’t able to satisfy. For example, users realized that they needed search results to be ordered hierarchically, with the most relevant results at the top. And Google delivered.

What did Google do differently? According to Net Applications, in January 2014, Google was the largest search engine of the web by query volume (71.36%), while Yahoo! Search was second with an meagre 5.45%. Unlike Yahoo!, Google was capable to face the new needs created by itself. For example, if SEO was suddenly important, SEO professionals would need powerful tools. In 2005, Google Analytics was released.

If we consider the innovation process as a chain in which new needs are created each time a previous need is covered just like in Maslow’s theory, then we can suggest that tech startups will achieve long-term success when the needs they cover don’t generate immediate and more important needs – when they offer a “complete” solution. Otherwise, sooner or later someone else will create a better product that will fulfill both the basic and higher needs.

Ultimately, if a company wants to win the race, they have to think ahead and plan thoroughly. Make sure they listen and act on user and team feedback and try to anticipate possible future “needs.” At the end of the day, money doesn’t move the world, ideas do.

How to Start a Startup: Advice from Paul Graham