Weekly Roundup: Services Doing a Lot of Good with a Little Innovation

If you’re just returning to the Internet after a much-needed holiday weekend, congratulations on your personal restraint. Maybe you’re easing your way back into the web by scrolling through the Cyber Monday gadget deals and trying to check some names off of your Christmas list. It’s overwhelming isn’t it?

With so many different versions of every gadget and wearable on your list, maybe just for a minute we should take a breath and go back to basics. Maybe it’s time we reevaluate and see what we can do with what we’ve got.

In the spirit of repurposing and reimagining, this week’s Weekly Roundup of Product Hunt finds isn’t improving our lives by helping us to consume more. Instead these services, which are primarily focused on providing a positive social impact, will give us a new perspective on what we already have.

(For more cool apps and gadgets, check out our previous posts in the Weekly Roundup series, including products that help bring peace of mind and services to increase productivity, especially when working remotely.) 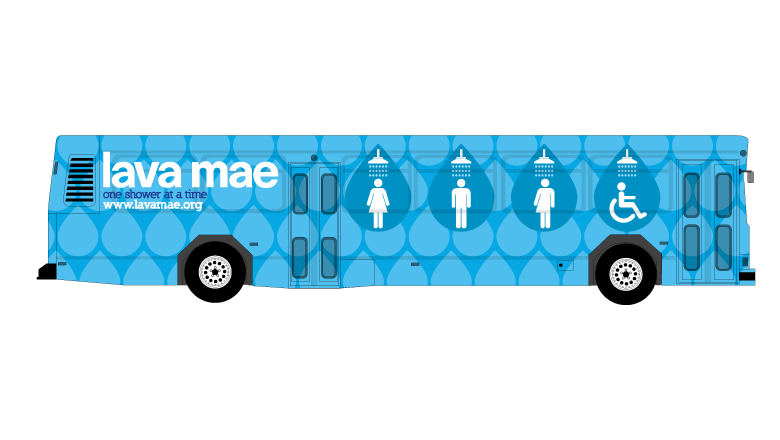 Mobile showers for the homeless

It’s an unfortunate connection: the more booming a metropolis, the larger the homeless population. In San Francisco alone, approximately 7,350 people are roaming the streets without food, shelter or even access to toilets or showers.

Cleanliness gives people an immense amount of dignity. It’s easily taken for granted if you have running water and a shower at your disposal on a daily basis, but it’s a basic human right. Lava Mae is satisfying that need for homeless people by way of converted diesel buses fully equipped with two full, private bathrooms. In each bathroom, there’s hot water, digitally-controlled showers, a toilet, sink and small changing area.

By drawing water from fire hydrants and enlisting the help of some very ambitious engineers and mechanics, Lava Mae is able to bring cleanliness to people who need it.

The organization is repurposing retired Muni buses in San Francisco, thereby avoiding the overhead costs of brick and mortar locations (especially pricey in a city like San Francisco) in the same vein of food trucks. And with the homeless population spread throughout the entire city, their mobile solution allows them to bring the bus to people who need it rather than forcing people to seek them out.

Want to help? In addition to running a sock drive, Lava Mae is accepting lotion, cleaning supplies and other hygiene essentials that will go right back into their operation.

Full service of Lava Mae buses will begin in spring of 2015, but until then they’re running a bus three days a week in multiple locations. You can see the full schedule here.

Give the gift of health to those in need

It’s difficult to imagine a world without crowdfunding. What once was just a novel concept is now part of a social economy that’s leading to average Joes and Janes launching their own innovative products right from the Internet. Watsi harnesses the energy of crowdfunding and pairs it with the global reach of the Internet to actually heal the sick.

Watsi launched two years ago and was the first non-profit org to go through Y Combinator. They describe themselves as “Kickstarter for healthcare around the world.” The idea is simple: you can donate money to any patients on the site from across the globe who need treatments and surgeries but can’t afford them. Funding goes toward anything from surgery for a hernia repair to basic prenatal care, and donations can start as small as $5.

Their 100% model and limited fundraising keep them focused on their mission so they can continue to implement new ways to help people live healthy lives. Their newest feature, Watsi Gift Cards, lets you pass along a donation as a gift and allows your giftee to choose to whom they want to donate. Just in time for gifting season, this idea takes Watsi’s existing simple, impactful system and not only gets more people to the site, but also brings awareness to people in need.

You can give a Watsi gift card right now by way of email. Check it out here.

Google can’t solve all of your problems. Especially if you don’t even have access to the Internet. Many people around the world can’t afford or simply don’t have web access, and even in this smartphone-driven world, some people haven’t updated past SMS.

Deepak Ravindran launched SMSGyan several years ago. It’s an “offline search engine” that lets people access information from the Internet without the need of an Internet connection or even a smartphone. In fact he’s just made the code open source so other people around the world can bring offline information to their countries.

After the initial launch of SMSGyan in India, 120 million of 700 million mobile users in the country were able to get information from the net using only text messaging. Beyond basic search functions, users can send emails and post to social media.

But as smartphones became more and more affordable, there was less of a need for the Offline Internet in India. So Ravindran and his team at Innoz have re-envisioned the model and opened it up to anyone around the world who wants to bring offline Internet to their area. He’s now offering the service for free and providing a free copy of the source code as well.

He points out Africa and Southeast Asia as parts of the world that could particularly use this service. With a whole world of developers able to tap into the potential of an SMS-accessible Internet, there can be even further innovation in the space so that more people have access to all the web has to offer.

You can download the source code for yourself right here. 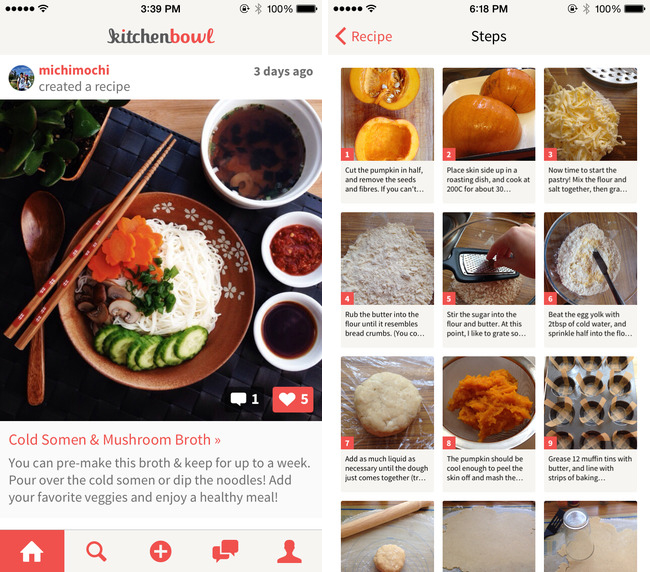 A social community for foodies to share & discover recipes

Cooking at home is cool again … or at least it’s getting cooler. When you cook at home, you know exactly what’s going into your food so you’re better able to control your fats and sugars, not to mention it’s cheaper. When we’re better able to understand what’s in our food, we can make smarter choices for our health and our wallets.

New app Kitchenbowl lets you share your recipes and view other people’s with a service that takes cooking a step beyond Pinterest. Whether you’re finally tackling a recipe you’ve been meaning to try or whipping up a family favorite, this is a great way to document and share the dishes you love to make. Hopefully it will also encourage more cooking at home with its beautiful, image-guided recipes and socially-driven platform.

You can download it for free from the Apple Store here.

How to Start a Startup: How to Build Products Users Love

6 Apple Watch Apps That Will Make Your Life Easier