Breather is the perfect solution for anyone looking for a quiet, remote workspace.

Whether you work remotely or travel often, finding a space to work often means choosing between the distractions of your hotel/bedroom and the outlet-hoarding battlefield that is most coffee shops.

Co-founders Julien Smith and Caterina Rizzi decided to build spaces for the growing number of transient workers who don’t have an office space, but don’t want to use their beds as a desk either.

With Breather, you reserve a room in your area using the website or iOS app. Book it for one hour or the whole work day, and you’ll get access to the space with a unique PIN code. Breather rooms are often set up like a sleek, modern living room — some have conference tables and others are just couches, chairs, and tables. And yes, all of them have phone chargers and free WiFi.

Shortly after Smith and Rizzi started to move forward with their idea for Breather in the summer of 2013, they made their first hire — Brandon Reti, now VP of Breather.

Reti spoke to us about how Breather is building its user base and filling a big need in a growing industry. 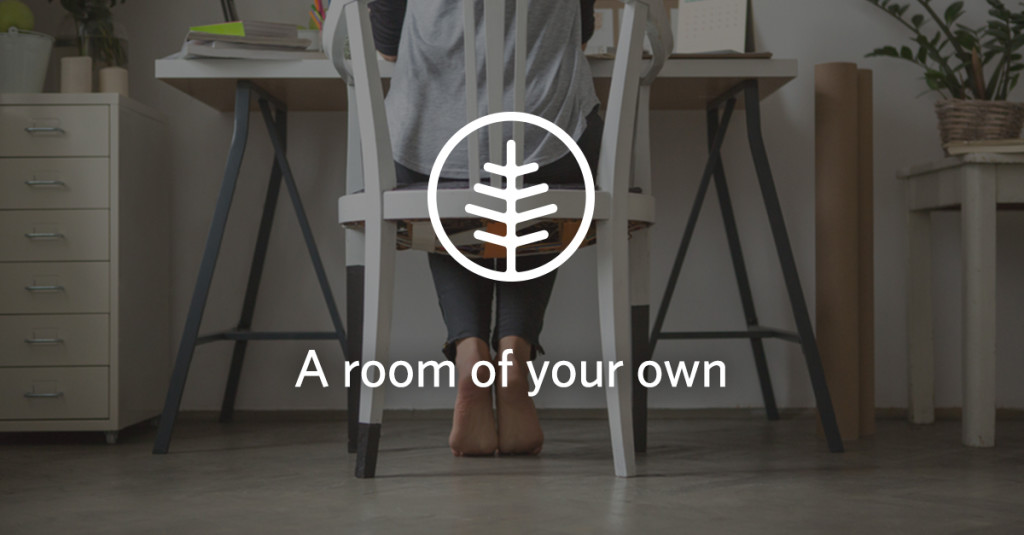 Julien Smith is a New York Times bestselling author who came up with the idea for Breather while traveling on a conference circuit and trying to find remote respite from the chaos during those pockets of time when he had work to get done.

He needed a space with WiFi, ample outlets, and some peace and quiet, but he was finding it impossible to get all three. Reti explained, “Julien felt that if he could create an ideal, on-the-go workspace that solved all of these pain-points for himself, others would take notice as well.”

Smith quickly got co-founder Caterina Rizzi on board to bring her design knowledge and insight to the project, and then Reti joined. Before Breather, Reti started his tech career at Airborne Mobile and then in the adult industry at Manwin (now Mindgeek).

He said that, at the time, “There was no other company in the world besides the likes of Twitter, Facebook, and Google who saw the volume of traffic that [the adult industry] received. This was the place to be for anyone who was into analytics and data … If you can get past the shock of the industry, you’ll soon figure out some of the smartest people work in adult.”

After several years in the industry and managing almost 50 engineers, he was ready for the next step in his career. Reti had already done some freelance work for Smith in the past, and he said they both share a passion for mobile technology.

“Julien sent me a text one afternoon, told me the idea and I told him ‘This is one of the craziest ideas I’ve heard in a long time. You want people to access a room with a only a phone?’ I was in — the challenge was too great to pass up. Julien understood the need for a first rate mobile experience that would harness the beauty of the rooms and deliver a booking experience with close to zero friction, and he knew I felt the same. Looking back to two years ago, [it’s the] best decision I could have made. “

Reti said, “We consider Breathers to be beautiful resources for busy, on-the-go entrepreneurs who need a space to work, meet, and relax.” The obvious tagline might be “Airbnb for entrepreneurs,” but that would be selling the service short.

All of the rooms are beautifully designed to be comfortable and primed for productivity, so you’re not taking a gamble. The space is there to facilitate your work needs, so the focus is on you — not the modern furniture, inspiring daylight, or comfy cushions. Every space is understated enough to make anyone feel at home, but designed for you to feel exquisite.

When you read about this service, the obvious use cases that come to mind are solo freelancers — writers, graphic designers — anyone who can work from any remote laptop and maybe has the occasional meeting. But the potential for these spaces is even bigger than that. Breathers have hosted therapists, artists, yogis, and even life coaches.

“We see startups using Breather as an alternative to leasing offices or desks in a co-working space,” said Reti. “We see business travelers using Breather to catch up on work or unwind after they’ve checked out of their hotel and before heading to the airport. We see actors/musicians using it as a rehearsal space.”

Getting new users relies heavily on word of mouth and their give-one-get-one program. But Reti said, “The real ah-ha moment is when people get into the space.” After that, if you invite someone into the Breather system, you get another free hour. This not only gets more users, but it also builds trust.

To get that “ah-ha” reaction, they search out the best locations and rooms to ensure that they’re not only safe and comfortable but also convenient. “The spaces are designed by our very talented design team at HQ. Design and experience is everything to us and it separates us from the competition,” Reti said.

Breathers are the kind of in-between places that don’t feel out of the way or foreign, and that seamless experience begins before you even get to the space. The simple booking process is something that’s still rare in the world of real estate. Even communicating with Airbnb hosts can start to feel clunky. But with Breather, the experience is always the same, so it’s always familiar.

“We have broken into an archaic space,” Reti said. “Real-estate is slow moving, full of leases, deposits and huge overhead. With Breather, you can book and be in a room within minutes … No one has done that before and we’re proud of that.”

Embracing a New Way to Work

The goal for Breather has always been: “To build a worldwide network of private, beautiful spaces where you can work, meet, and relax.”

Reti said that one of the first questions that the team had to ask themselves was simple, “Will this thing work?” They quickly found out that people loved the product.

He said, “I remember opening our first test space in Montreal and [bookings] started rolling in, then came NYC and then SF. It’s an unbelievable feeling to see people engage and love something you’ve help build. It’s incredible to use the product in all of the cities and generally feel at home.”

While Breather seems instantly invaluable to the growing freelance population in this “gig economy,” it’s a solution to a relatively new problem. As Reti put it,

“The world is changing, fast. Uber has dominated [and] co-working spaces are in every major US city. The way we travel and work is going through a renaissance. The office is a stuffy place that no longer really works and this doesn’t only apply to freelancers. From the laptop hobo to the investment banker, we’re always on the run and we all need a place to sit down and get stuff done. Breather is facilitating that need, and we don’t see it slowing down.” 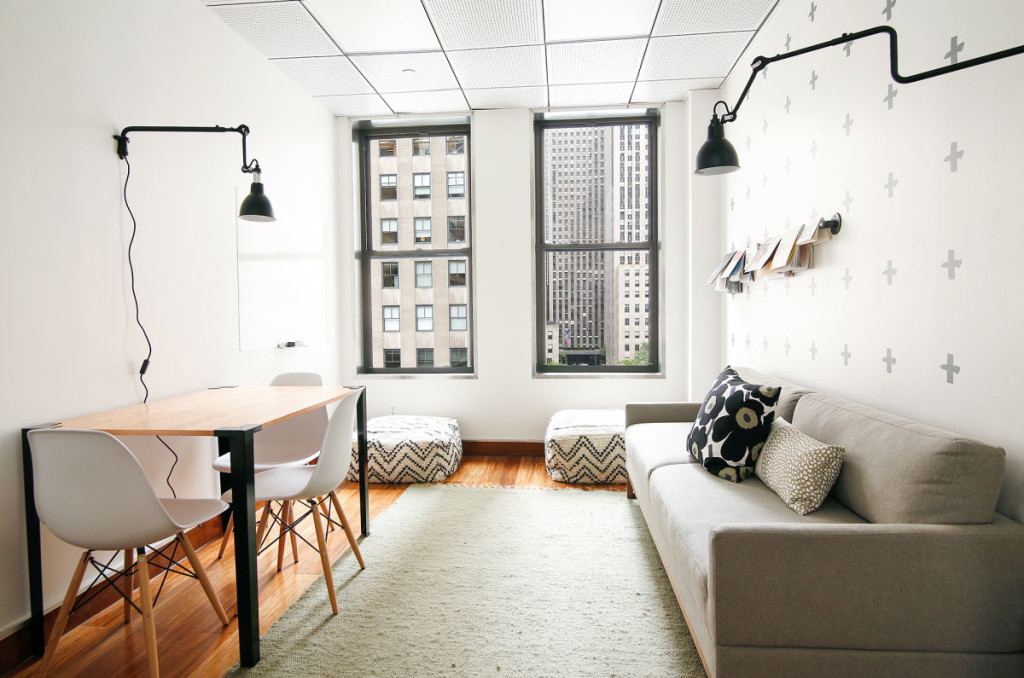 The Future of Breather

Right now, the Breather team is focused on expanding to more U.S. cities and enlarging their footprint in the cities where they’ve already launched. The next locations will likely be places like Washington D.C. or Chicago, but they haven’t settled on anything yet.

Unlike the treadmill desk or any of the other viral office hacks that we’ve grabbed onto to make work life more tolerable and/or hyper-productive, Breather seems to be accommodating our long-term need to make our work lives comfortable. If their 40-member team across six cities is any indication, “booking a Breather” may soon become as common a phrase as “getting an Uber.”

You can try Breather for yourself in San Francisco, New York City, Montreal, Ottawa, or Boston for prices starting at $25/hour.