A couple years ago, a software entrepreneur named Michael Dowden found himself at a healthcare mobile development startup that grew from two founders and no employees to 15 people (five of whom were co-founders) in six weeks.

“Fifteen doesn’t sound like a lot,” Dowden says, “But when you’re in the very early stages of hashing out an idea, that’s a lot of people — too many cooks in the kitchen.” 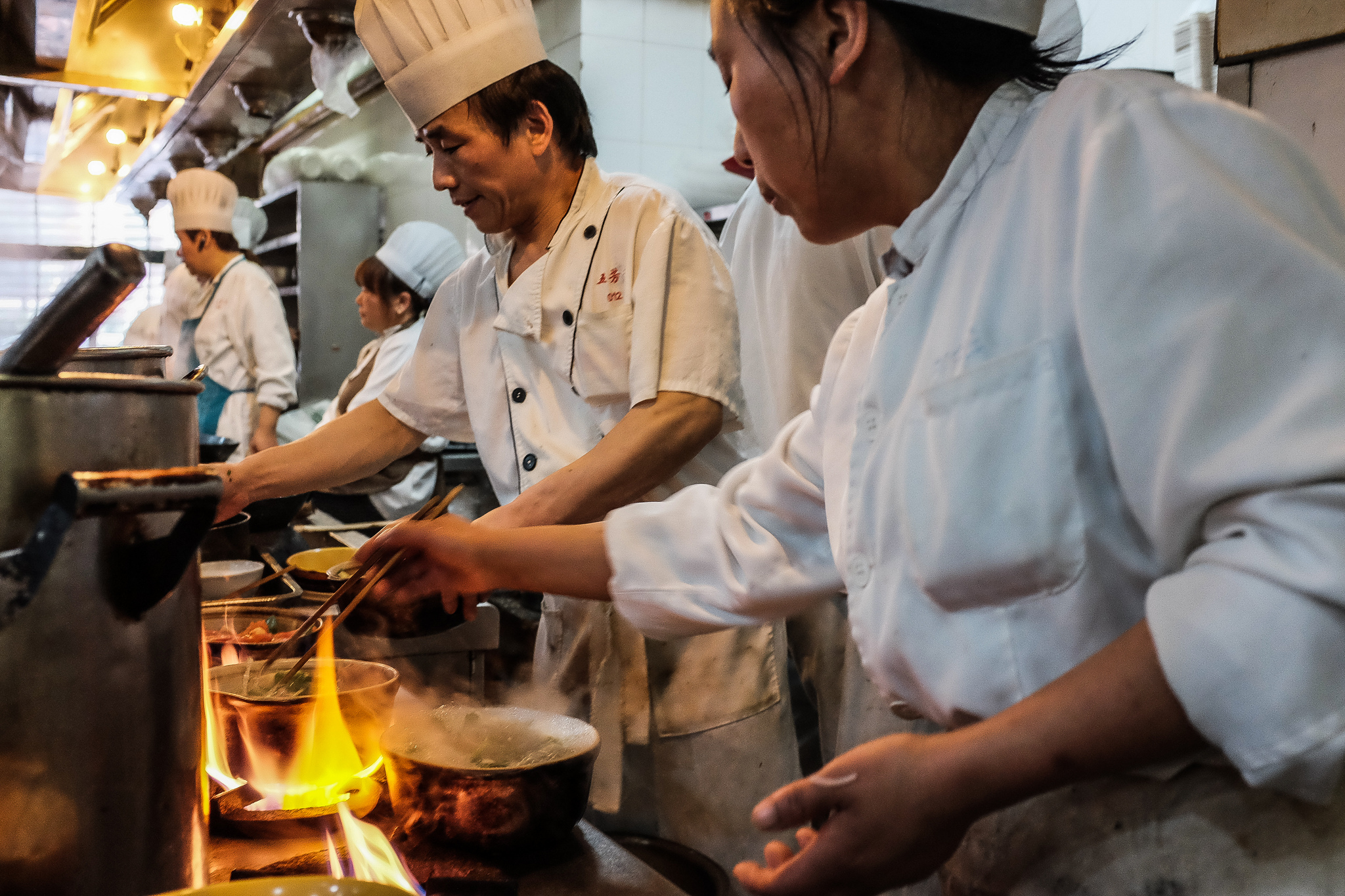 You can see where this is going. Predictably, right before an important presentation, there was a huge disagreement, and the company immediately started to fracture.

“Within two months, three of the founders had left, some of the other people fell away, and then they were back to two people,” says Dowden.

It’s a common enough story, but the worst part is that their problems were probably preventable. Though they had a great product, a lot of expertise, and potential for FDA backing (which would have made it possible for users to get health insurance reimbursement), they fell victim to some of the most common startup mistakes.

1) No Visibility Across Expertise

Though dozens of communication issues can pop up, the most egregious and overlooked is the miscommunication (or complete lack of visibility) between team members who have very different jobs.

Dowden says, “It’s really easy to have the impression — particularly when you’re working sixty, eighty, a hundred hours a week — that no one else is working as hard as you.” But usually that impression is wrong and born from ignorance across specialties.

While one technical team member can easily understand and see all the hard work other designers and developers on the team are doing, someone in marketing or business development might not see it. Since we each speak the dialect of our respective specialty, it’s hard to clearly communicate across the expertise boundaries, especially when it comes to non-technical and technical team members.

All the marketing side can see is what’s changed on the app or site, and it might not look like the programmers are doing that much. “Sometimes there’s code you just can’t see,” Dowden says. “It improves the function of the application, but you can’t look at it, it’s not tangible.” The expertise and nuance required to do your job isn’t always visible to other team members. 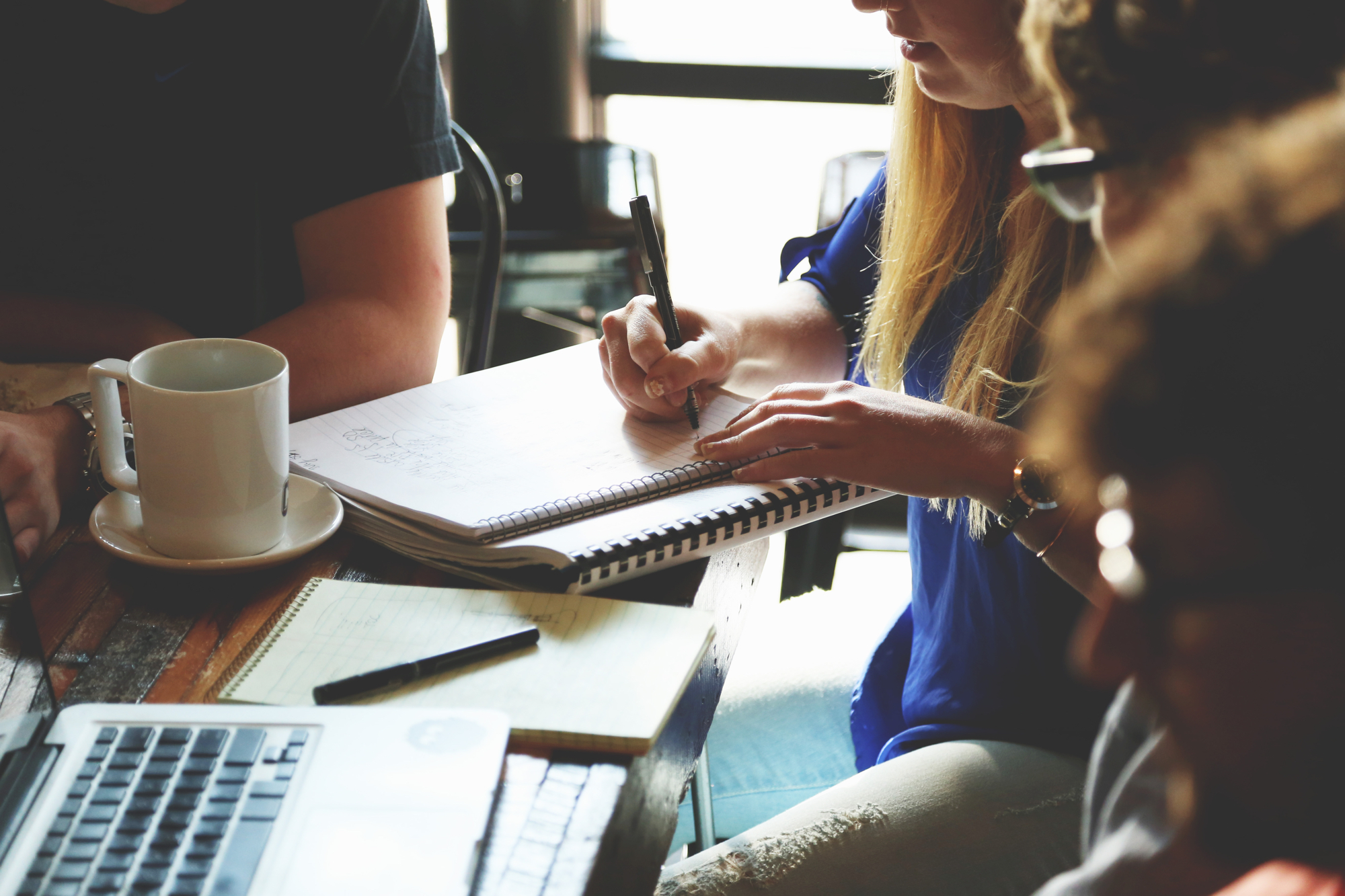 Develop mutual respect throughout the team.

In an ideal world, we would all hire trustworthy people who would, in turn, instantly trust each other. But that’s just never going to happen. So instead, focus on having a collective goal. Something tangible.

“It’s got to be something deliverable, that you can act against,” Dowden says. “You can’t say the next objective is to be number one in this particular product, that’s not specific enough. What you can do is say, we want to sell 10,000 units by this date. That’s actionable. That tells people what they’re trying to achieve.”

Then have each team lay out, step-by-step, how they plan to get there in front of everyone in the company. You might not understand what the marketing side is talking about because you don’t speak the jargon, but you’ll get a sense of how many steps they have in place and how much work they have to do in order to get there.

2) No Procedures in Place for Smaller Tasks

At the beginning, when it was just you and your two expert co-founders, you could run the startup with little oversight. Everyone owned their portion of the work and that autonomy kept motivations high. But as you rapidly add new hires to the team, the day-to-day procedures are going to be passed off to new people.

A company that’s growing fast might find responsibilities change just as fast and will continue to shift around for quite awhile. Suddenly it’s unclear who owns what and how to deal with disagreements over areas of responsibility. Even little issues can blow up if you don’t have a procedure in place. 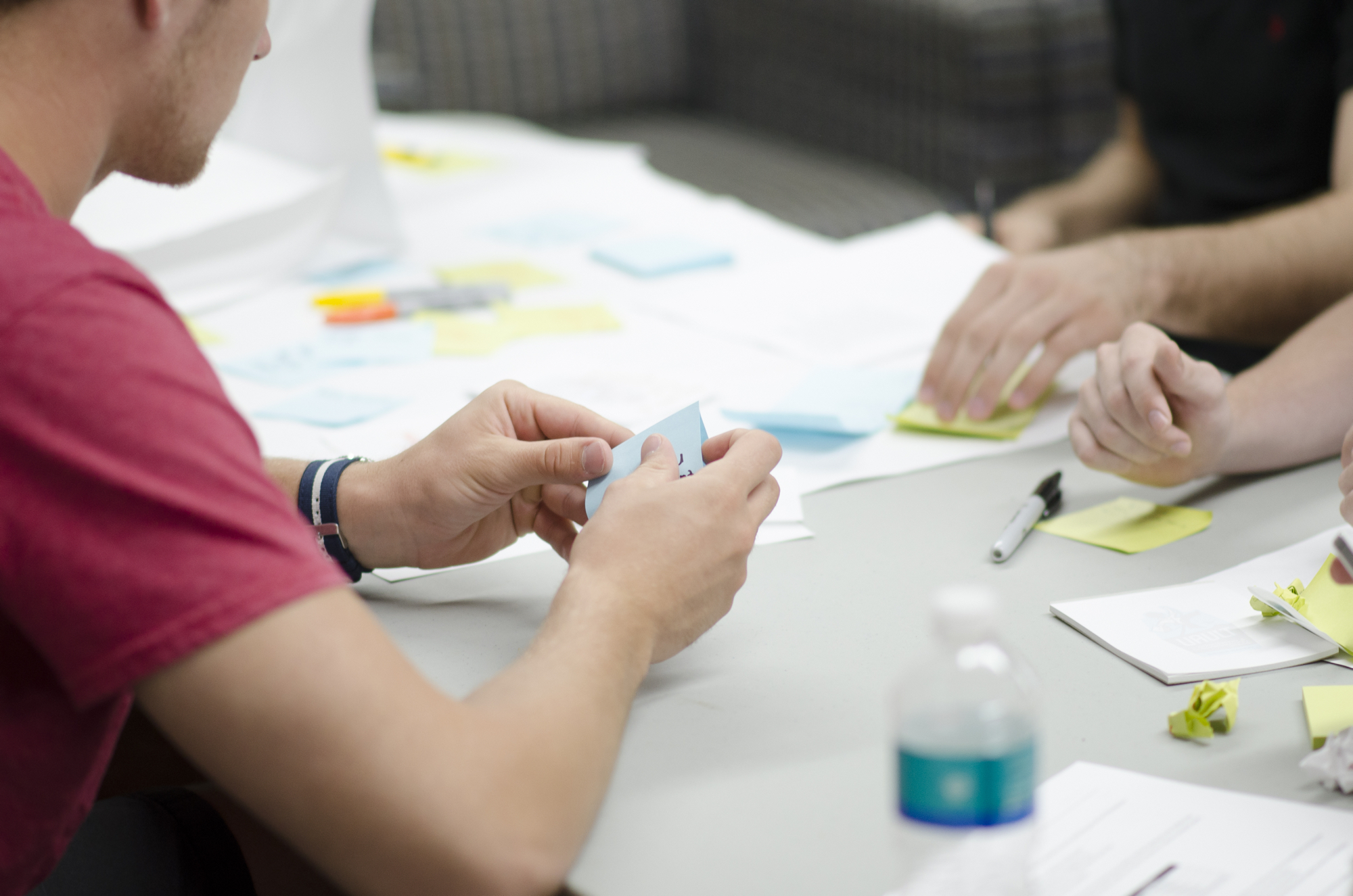 Set up a list of procedures (ideally before you start growing).

The most common reasons startups don’t take the time to do this? Time and a fear of becoming a swollen, ridiculous bureaucracy.

But you should get over that fear. Your 15/20/30-person team won’t even have the option of becoming a swollen, ridiculous bureaucracy unless you set up clear procedures now.

Vladimir Ceric, an entrepreneur in Belgrade, says he’s seen the difference in every size of company. “I have worked in teams ranging from 10 people all the way up to multi-national corporations,” he says. “Procedures and rules are the only way to keep things under control and on track.”

His advice for getting started? Start small.

“Every operation that repeats often should have a procedure — e.g. blog updates, social media engagement, invoicing.” Even the little, daily tasks can make life easier.

“The procedures are not there to complicate things, but rather to ease operations for new and existing team members and for project managers.”

Recent studies have found that even the most disorganized among us are more habit-based creatures than we could have guessed. Establishing these habits now and making the best practices easily accessible for new hires will reduce the amount of time you have to spend dealing with the little stuff later and keep those repetitive tasks from gumming up the works.

This is the big one, and a difficult problem to avoid at the beginning. When bootstrapping a new company, especially when there’s a programmer shortage, it’s all-too-easy to give the first hires sizable sums of the company — or small sums that quickly add up. 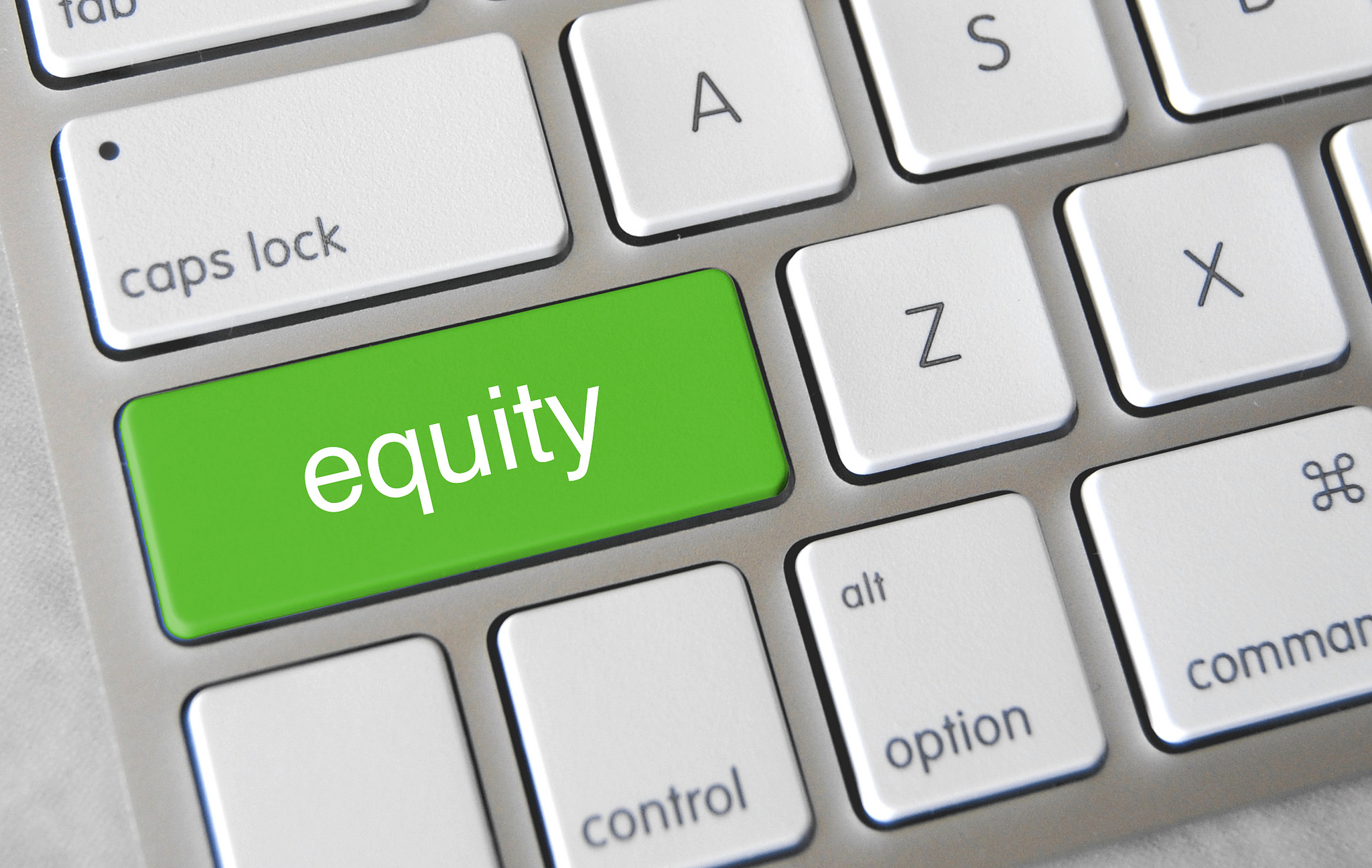 For this one, there’s no easy answer or quick fix and the problem can be irrevocable, so it’s vital to be a bit miserly when it comes to how much equity is being divvied out and to whom.

“With most startups, the first employees were the people willing to do the work,” says Dowden. “Not necessarily the most skilled or qualified in their particular field.” But the more skilled they are, the higher the number of perks you have to throw in to get them on board — which often means more equity.

If you don’t balance your negotiations just right, you can end up with solid (though not extraordinary) partial owners who have a lot of control over the company’s future. “People who are, by no means, the bottom of the barrel, but, quite frankly, should be answering to leadership. They’re not the most qualified to take that traction and build it into something successful,” adds Dowden.

There’s another problem with this inexperience: Your eagerness to grow can actually backfire and keep you from expanding. What’s good for the company is usually good for the owners, but not always and often not in the short term. Great coders who are inexperienced in business can’t always see the benefit in spending money that could otherwise be in their pocket.

Dowden has seen this again and again with startups that could have been $50 million companies but inexperienced employees with large stakes shied away from moderate changes in infrastructure and new hires, keeping the company from growth that would benefit everyone in the long term.

“They end up in a position of moral hazard where those making the decisions were basing them on what they thought was best for them, individually, not necessarily what really was best for the company. Structuring the financial ownership of the company in such a way that you don’t hinder your growth is really important.”

(For more advice on setting up the legal and financial foundations of your startup, including dividing up equity, check out this advice from Y Combinator General Counsel Carolynn Levy and CFO Kirsty Nathoo.)

Do you see the common thread here? All of these mistakes are mired in the startup mindset that often sticks around even as a company grows, resulting in preventable problems that can get in the way of success.

Early habits are tough to kick and the longer you let them stick around, the harder it will be to avoid or correct these mistakes before they threaten to ruin all your hard work in a pre-presentation meltdown.

Want to learn more about growing your team the right way and establishing your company’s culture? Check out this advice from Y Combinator President Sam Altman and the founders of Pinterest and Stripe.