Texting is not natural. It’s about time that we communicate more conversationally.

Even though we’re no longer hitting dial pads to T9 our way through text messages, the current process of sending an SMS message might be one that we’ve gotten used to, but that doesn’t mean it’s fluid.

You open your messaging app, select a conversation, tap in the type box, then type, and hit send. That’s four clicks without even counting the actual typing. When you really think about it, this communication method that was supposed to make talking more convenient is starting to look more and more cumbersome.

Quickie is an effort to make our messaging feel a little more natural and a little less contrived. But keep in mind that, with this app, comes an unspoken requirement to let go of your inclination for overwrought, screenshot-worthy cleverness. It’s all about what you type, draw, say, or snap in the moment … just like real life.

Quickie founder Erez Pilosof talked to us about building a messaging app that’s getting back to basics of real conversation — however fleeting. 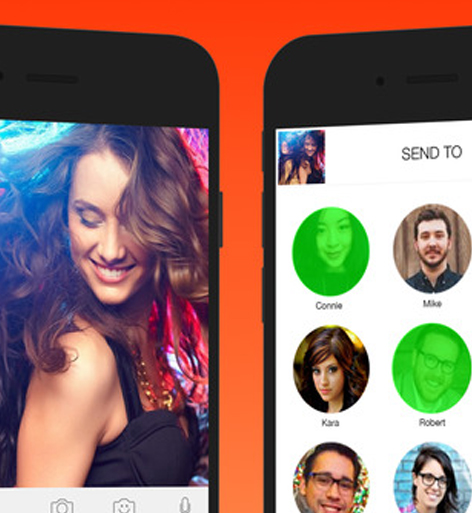 As you might know, the phrase “So simple a kid could use it” is the ultimate compliment in the tech world. Not because we’re dumbing things down but rather because we’re making things more intuitive. More natural to how we interact with things in our daily lives off-screen. That’s what Pilosof had in mind when he got the idea for his messaging app Quickie.

In the app, you simply tap on the face of the person who you want to message, then start typing or select another medium (photo, doodle, voice).

It sounds annoying, harsh even, but it really helps you get to the point, and if your recipient is messaging back quickly, it starts to feel very rhythmic like a real conversation. Not to mention, it keeps you from spending extra time staring down at your phone.

Pilosof actually built the app so that his 6-year-old daughter could message him easily. He said, “She can’t use email, SMS or WhatsApp, so I wrote the basic Quickie … installed it on my daughter’s phone and … we just started messaging. I didn’t have to explain it. She saw Daddy’s photo, tapped it, and started sending me sketches and emojis. A lot of them.”

It’s as simple as that, but for some reason, it’s taken us a while to get to this point in our smartphone evolution. That’s why the mission of Quickie is to “create a fast, private and fun messaging experience which is more like real-life conversations.”

This isn’t Pilosof’s first attempt at simplifying the way we communicate via smartphone. After founding Israel’s leading Internet portal and webmail called Walla!, he and his co-founder Guy Gamzu created Hop, which is an app that makes email look and feel as easy as texting.

At this point you might be wondering if you really need another messaging app. That’s for you to decide, of course, but Quickie may replace a few of them.

Pilosof explains that the app is not meant to completely replace your SMS, however. He said, “It’s a different medium.” There may still be a place for the #longread form of messaging for those (hopefully rare) long texts or emails, but “if I just want a quick chat with my wife or friend, [SMS] doesn’t make any sense.”

“We try to imitate the simplicity and speed of real-life conversation and [keep] the technology, complex stuff behind the scenes, not in your face.”

Of all of the options for people to message with Quickie, Pilosof said sketching and text are most popular — next is photos. People use audio the least, but that’s what Cord is for, right?

So how do you get people to use yet another messaging app? By making the product super functional yet easy to use.

Quickie easily gives you a way to message whomever you want however you want, as long as they have the app. You don’t have to go to Snapchat to send a video and then Messenger to send a picture over WiFi. Just do it all in Quickie.

And, as their recent TechCrunch feature indicates, people are definitely taking notice.

Before releasing the app, Pilosof said they tested it for 30 days and picked out bugs on several Android devices. “The simple and fast UX was nailed from the beginning,” so there wasn’t much to be done on that front. A lot of people were requesting a feature to send messages to multiple people, so they added that capability with the simple left swipe.

The app is intentionally and cleverly minimal but that doesn’t mean that more can’t be done with it. Pilosof is listening to users to see how the product can better encompass what they need from in-the-moment messaging. 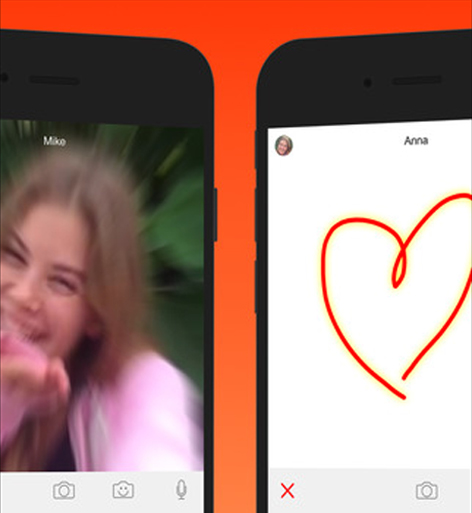 The Future of Quickie

Next up for the app, Pilosof wants to bring it to the Apple Watch. He explained, “Currently the Apple dev tools for third-party Watch apps are very limited; we’re playing around till we nail it.”

It seems that Quickie speaks well to the fleeting nature of interactions on the Apple Watch, so it’s a place where it seems the app would feel right at home.

You can start fast messaging with Quickie on Android or iOS for free.