This is the first installment of our two-part interview with Chris Messina, best-known as the man who invented the hashtag.

Though he’s worked at Google, launched several startups, and been a driving force behind open-source community building (with the likes of BarCamp and coworking), Chris Messina is most frequently associated with that moment in 2007 when he suggested that IRC’s way of organizing channels with a pound sign would work beautifully in the Twitter landscape — yes, this is the man who brought us the hashtag.

With a degree in communication design from Carnegie Mellon, Messina started out in graphic and web design but soon started working in development and user experience. After more than half a decade as a founder and consultant, he took a job at Google in 2010, working on an exciting, new social network.

“Google+ is such a perfect tragedy,” Messina says of the product’s anti-climactic trajectory. “Rather than building out a simpler, better, mobile-first vision of social networking in the future, Google+ focused on the recent past, chasing ghosts in its rearview mirror.”

Since his departure from Google in 2013, Messina has been a refreshingly honest voice in the industry; his blog on Medium covers a wide range of issues, both professional and personal, but always viewed through the lens of a tech entrepreneur and styled with Messina’s characteristic tongue-in-cheek voice.

I recently had the opportunity to talk to Messina, and the interview produced so much interesting content that we’ve decided to split the piece into two posts.

In Part One, we discuss life after Google, behavioral economics, predicting the future, and creating communities. 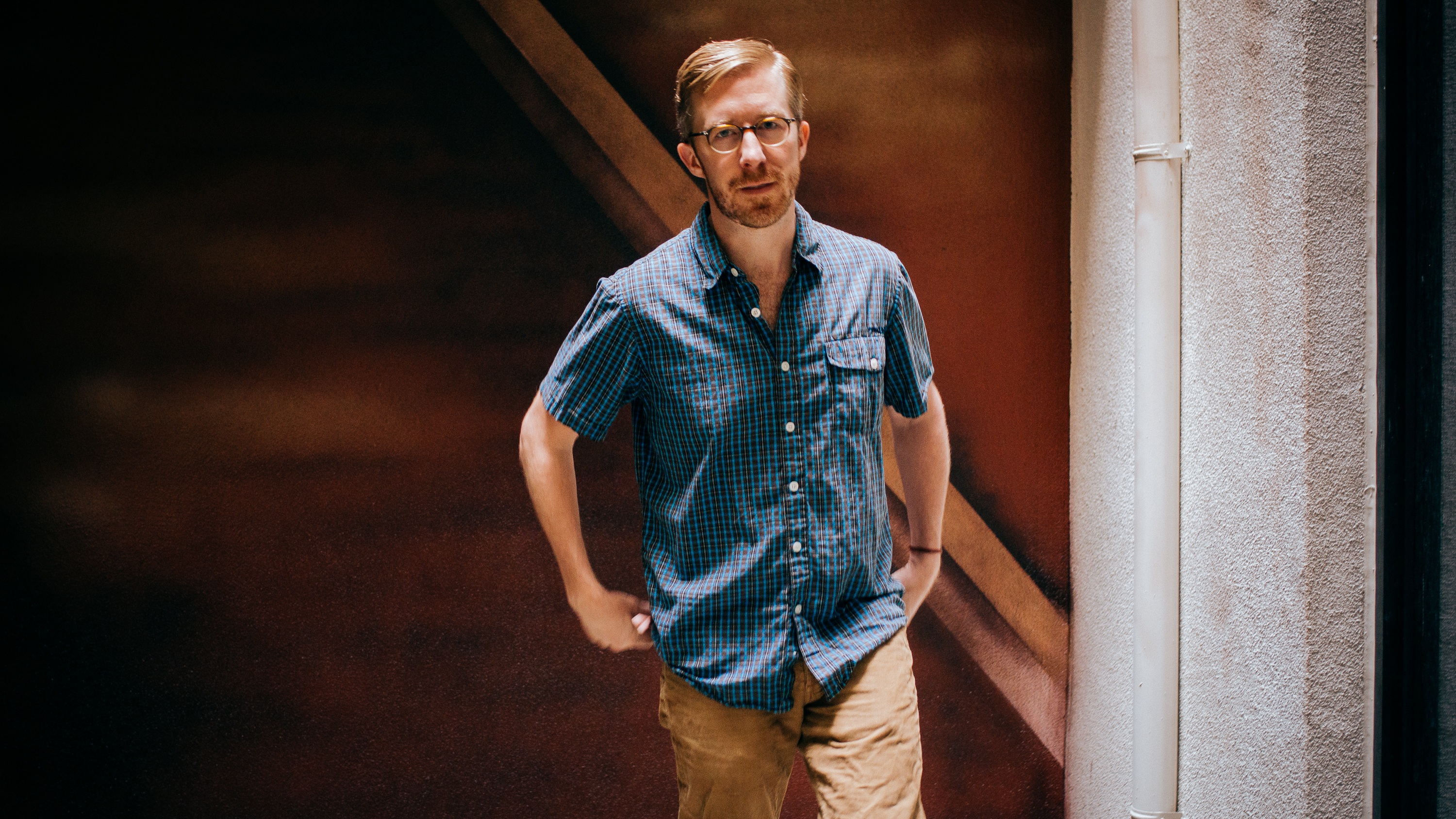 What are you working on now?

I wish I had a better answer for you, but frankly my biggest project over the last year and half has been myself.

Since leaving Google, I’ve done a lot of self-work and reflection. I’ve traveled, learned to meditate, been to Burning Man twice, gotten divorced, entered into a new (non-monogamous) relationship, and become a bonus dad to my partner’s two kids.

Essentially, I’ve grown up. I’m more centered in myself, and my mind has opened up. You know, it’s not always a popular thing to slow down, disengage, and survey the landscape, but I’m much better for it.

I’m seeing new patterns of behavior and fissures of change that are worth investigating. It’s hard to get to those insights when you stay in the froth; you’ve got to step outside where you feel comfortable and shake things up.

What has this outside perspective revealed?

A couple threads have started to stand out to me. From the impact of social technologies on long term and intimate relationships (#BigDating) to using conversational mediums (#ConvComm) like chat and text messaging for commerce, there are interesting products to be built where intimacy, relationships, communication, and commerce intersect.

The enablers of this trend are only now becoming ubiquitous and cost-effective to make this lifestyle available for a broader set of people. We’re watching the shape of work radically reconfigure.

What was the most interesting aspect of life at Google?

I was fortunate to be there for the transition of power from Eric Schmidt back to Larry Page.

When I joined the company, the web was the platform and you could throw things against the wall to see what stuck. After Larry took over, that all changed. Building a product to 85% completion wasn’t sufficient; you had to invest for the long haul, make big bets.

Larry specifically brought about a much greater focus on design and aesthetics. Engineers were no longer solely responsible for the front-end UIs of their products. Google+ led a lot of this change, and Android has continued that trend with Material Design.

I’m not sure that Material could have happened under Schmidt, who reigned over a meritocratic adhocracy. Larry’s Google is tighter, more vertical, and disciplined. He can dictate a more cohesive, controlled aesthetic. As a result, Google’s products have improved considerably over the last four years.

Being there to witness this massive organizational transition was probably the most worthwhile and interesting aspect of my time there. It left me with loads of respect and insight into what makes Google different, and what separates it from other companies out there.

Entrepreneurs are tasked with constantly predicting the future. How do you react to that kind of stress?

I’ll admit that I suffer from lengthy periods of self-doubt peppered with moments of clairvoyance. The problem is, it’s hard to know when my intuition is tapping into something general, versus specific to my experience.

Most entrepreneurs that share ideas with me have some key insight about their intended audience (which may include themselves), but don’t think about behavioral economics and bridging structures. That is, they don’t think about how they’ll seed adoption.

In my experience, you’re more likely to succeed if you align your product with a familiar behavior. This lowers the behavioral cost of the new thing so there’s less resistance to it. Get this right and you can push forward with your bridging structure: taking your early adopters from that familiar place to wherever new it is you want them to go.

Twitter is a great example of this if you consider their reliance on SMS early on. More recently, Slack pulled the same trick by freeing IRC from the bowels of the internet (which is where most developers have historically hung out) and bringing it to web browsers and mobile devices.

Slack recreated IRC’s fundamentals while introducing several product improvements, like embedding media inline and making it easy to invite new users. For developers familiar with IRC, Slack is completely intuitive — plus a better overall experience. Having built a bridge to their past, developers become the viral vector for taking over corporate America!

You’ve had a lot of success fostering community, an enviable skill. Can you share your tactics?

I remember in the early days of BarCamp, there’d be people who would email me and ask me to come organize a local event for them. Instead, I’d open up Illustrator and make a BarCamp logo for them, using colors from their state or country flag, send it back to them and say, “Here’s your logo, here’s a link to the documentation, you put on your event. You can do this.”

Here I was, some punk kid in Silicon Valley, giving them permission to not need to ask for permission! I was giving them the BarCamp brand and entrusting them with maintaining its integrity.

With coworking, it was similar. We published everything we were doing openly, including our finances and how much money we were losing. We were interested in showing people what was really involved in running a space — putting the upside of community and connection in context with fiscal realities.

We wanted everyone to not only have a stake in the collective’s success, but also be owners and co-determinants of whether the thing lived on or not. The more we handed over control and treated our effort like an open-source project, the more people showed up, willing to pitch in and contribute.

How has your productivity style changed now that you’re not in a traditional office?

For a while I was funemployed — not really working at all. It was an enormous privilege to have time to step back from everything, learn meditation, spend time by myself, and reconnect with friends.

Last fall, I started to think more seriously about what I wanted to do next, and I have to admit — it’s been stop and go getting my groove back. I suppose I’ve always been a bit driven by distraction, but working from home seems to amplify this tendency.

While I was happy to leave the corporate office and my two-hour commute behind, there was utility in being surrounded by smart, focused, competitive people who always needed something from you or challenged you to work harder or more intentionally. I find that I still have this tendency to interact with people throughout my day — but now it’s largely through social media.

As I’ve got speaking and travel gigs on the horizon, I expect by April to have figured out my next move, rebalancing my independent work with something more collaborative. I mean, I definitely enjoy my freedom, but a guy’s gotta eat and pay the rent too!

Next week we’ll publish Part Two, which will cover more industry-related topics like defining failure for a social network, the hashtag, innovating across cultural and privilege divides, and what privacy means in a time when we give away our precious digital reflections to social networks for free. Please stay tuned!