Live streaming is becoming more and more mainstream, and Watch Me Work is a way to bring that potential to creative professionals.

You’ve no doubt searched YouTube for at least one tutorial in your life. If not for how to use a new kind of software, then how to refill the fluids in your car. Video tutorials are just much easier and more efficient for most types of learning.

But when filmmaker Chris Weiher set out to learn more about Adobe illustrator, he couldn’t find the kind of video he was looking for, so he created a live stream tutorial website called Watch Me Work.

This is Weiher’s first dive into the tech startup space, though he runs a small film production company of his own. In fact, that’s what led him to needing to learn Illustrator. In his business he often needs to wear all of the hats, and adding to his collection is now the hat of startup founder.

Weiher talked to me about creating a co-working space for a global community in real time.

While he was scrolling through Adobe Illustrator tutorials, Weiher could only find lessons on how to use specific tools. But without seeing how those tools were used together to create a complete project, he said it just wasn’t clicking for him.

Even before he’d decided to pursue this idea as a business, he was Googling “watch me work,” in hopes of finding what he was looking for.

In September of last year, he pitched his idea at Chicago Startup Weekend of Education. He only had 30 seconds, so he said his pitch went something like, “Here’s my name. Here’s what I do. I wanted to learn Illustrator. I couldn’t find a place. Here’s my idea. It’s called Watch Me Work.”

His idea was selected, and people at Startup Weekend would come around and find projects that fit them. Weiher said, “It was just this really quick, organic way of building your own team and it was awesome.”

“Before I knew it, we had a small team and we were turning it from an idea into a concept,” he added. “And then at the end of the weekend, I basically got a business plan and I walked out of there thinking, ‘I have another business now.’”

Having an entire in-person team while at the Startup Weekend was really beneficial for Weiher to see his ideas come to life quickly. He’s used to working mostly by himself and occasionally with remote freelancers.

“So to all of a sudden have a team of five people just working for eight hours a day on something — it was unbelievable what you could accomplish,” he said.

Once he left the Startup Weekend, he didn’t have his team anymore, so he had to start recruiting. “The first step was trying to find a developer, which everyone knows is really, really hard.”

Weiher has been self-funding, so he was looking for someone really skilled who he could afford. He reached out to Eric Bjerstedt, a mentor at Startup Weekend for any leads.

Weiher’s first and second developers came out of Dev Bootcamp in Chicago. First he worked to structure the site and build an MVP and, to his surprise, they had it finished in a couple of weeks. “It actually worked, which was amazing,” he said.

“There were a lot of things that lined up very, very well. I kept expecting to hit big roadblocks, but it just kept going in the right direction, which is amazing because it never happens that way,” Weiher said.

His current version of the site — version number three — was built with a developer who had more of a focus on front-end, so Weiher has been able to revamp the design.

To recruit his initial fleet of streamers, Weiher tapped creative friends and family who already understood his mission and were excited to help jumpstart this community.

He wrote on Product Hunt, “We’re currently growing our Early Adopter user base from our first 25 to our first 100. Early Adopters commit to stream for 1 hour a week for 12 weeks. In exchange for their help building the community, they’ll receive access to being a Featured Streamer for life.”

To stream, users use the “live” function on YouTube. So even if you don’t catch the stream when it’s live, they’re all still available on the site, enabling you to tune in whenever you want.

Weiher said, “I initially thought that it would have a lot of traction with students and teachers because it’s a tremendous learning application … but [it’s] very hard to convince them to start doing it because it’s a really alien feeling [at first] if you’ve never streamed anything before.”

Most often, people are worried about revealing something compromising on their stream like a banking alert that pops up or their email addresses. Weiher said it can feel like you’re exposing everything, but if anything compromising does pop up, you can just close out of the stream.

Right now in this beta phase, viewer counts are low so he said there’s really nothing to worry about. It’s a great time to try it and work out the kinks.

“It is a very young feeling, but after you’ve done it once or twice, it becomes much more comfortable,” he said.

Right now, there’s a sculptor on the site named Jin Lee and watching his hands mold clay into human forms is surreal and inspiring, even if you’re not an aspiring sculptor. Weiher said, “That’s the next direction that I think it’s going to go.” 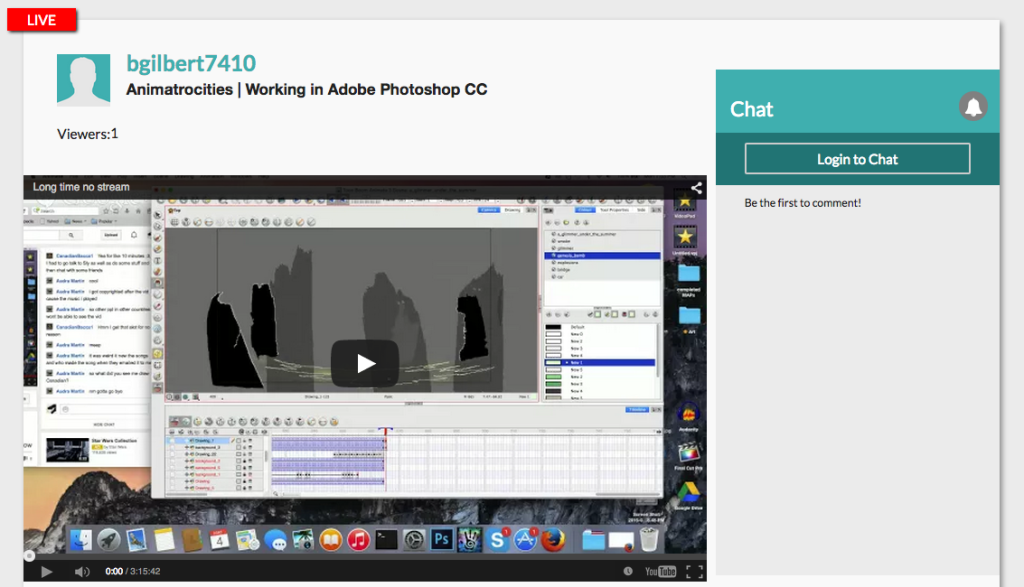 Watch Me Work is an attempt to sort of connect both sides of the screen and let both streamers and viewers teach each other.

Weiher himself has made tons of streams and he said, “I’ve actually learned more as a streamer than as a watcher, because if you end up working with somebody who’s much further ahead than you, they’re going to see what you’re doing and give you ten tips in ten minutes on ways to do it faster, do it better, et cetera.”

He said, “The people who are coming from Twitch, which is the majority of our new users, have a … classic relationship of content creator to audience … But my vision for it is that the user would expect to get as much input from your audience as the other way around,” Weiher said.

This vision means that this platform is not just for pros to broadcast how they work.

Ideal for the Remote Worker

Weiher brought up co-working a lot, which speaks to the rapidly-growing freelance industry. “According to Elance, one in three people now are freelancing in some capacity,” he said.

Since Watch Me Work has a focus on creative industries, this often attracts freelancers and one-person teams. Weiher said, “Even when people are working in an office, sometimes their team is in another office. So even though they’re not working out of their home, they’re still working remotely.”

Being able to co-work from wherever it is that you work (and with other people in your field) provides a great teaching asset, but also a feeling of community.

Weiher said that it’s common for one person at a small company to take on web design, graphic design, and video duties, and a site like Watch Me Work can provide them with some of the support that they need.

Weiher wants to “make it a space where you can share anything that’s productive.” You can think of it as virtual co-working sessions with experts in your field.

“You don’t pull up the screen … to just sit there and watch everything that they do, but you co-inhabit that space together, so you form a relationship with that person. You can expect them to be there [at certain times] and you work next to them and virtually share space that way, rather than the traditional way.” 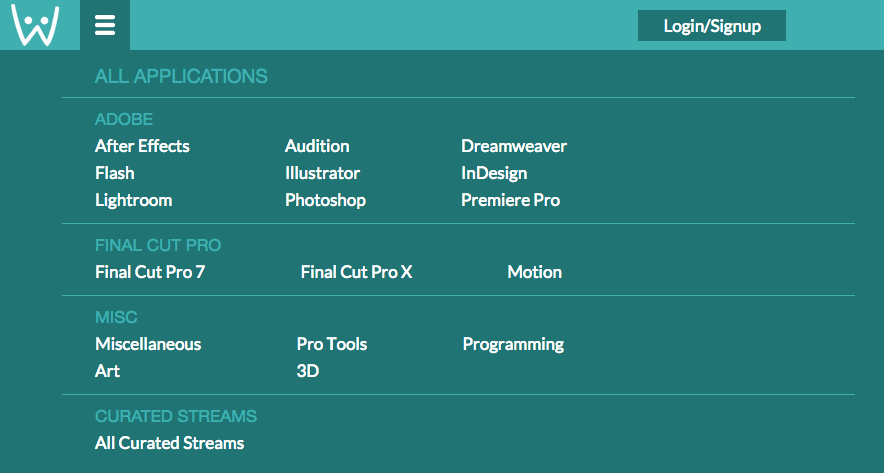 What’s Next for Watch Me Work

On May 11, Watch Me Work will begin fundraising on Indiegogo to relieve some of the financial pains of self-funding and hopefully bring in enough money to hire at least one part-time developer through the end of the year to help implement new tech and features.

Later this year, Weiher plans to release user profiles with links to users’ online portfolios and resumes. He also wants to incorporate technology that’s similar to what’s used at Twitch that allows streamers to share not only their screen, but their face simultaneously to make the community even more personal.

He even hopes to “start growing it outside of the creative sphere,” perhaps branching into things like AutoCAD, WordPress, and social marketing. Further down the line, he’d also like to “implement a way to to be able to share your Meerkat or Periscope streams as opposed to YouTube.”

Keep an eye out for the Indiegogo campaign to launch on May 11.

Images provided by Watch Me Work, except for feature image, which was via Negative Space.