What happens when a former Harvard biochemistry major and a former venture capitalist come together to create a startup? Apparently, Sprayable Energy.

Ben Yu and Deven Soni knew they wanted to build a startup together after they met at the end of 2011 on an expedition vessel to Antarctica (you know, that age-old tale).

Yu had just left Harvard to pursue the Thiel Fellowship program and Soni was looking to divert from his path as a VC to create something of his own. The pair are now working on their second Sprayable product, Sprayable Sleep, after the extreme success of Sprayable Energy.

(For more Startup Stories, read up on a company that’s building a community around home-cooked takeout and another that’s finding product-market fit for user-read articles.)

I asked Yu what he was planning to do with his degree in biochemistry before the Thiel Fellowship and meeting Soni. He said that he’d always figured he’d go into academia. “It was really after getting into school that I got very disillusioned with that path and realized that it would be a very long time without much freedom at the end of the rainbow for exploring what I really want to do.”

Yu’s initial idea that he pitched at the Thiel Fellowship was a merger of his two passions, science and ecommerce, but it wasn’t Sprayable Energy. That didn’t come until after the two had applied for the six-month program Startup Chile. 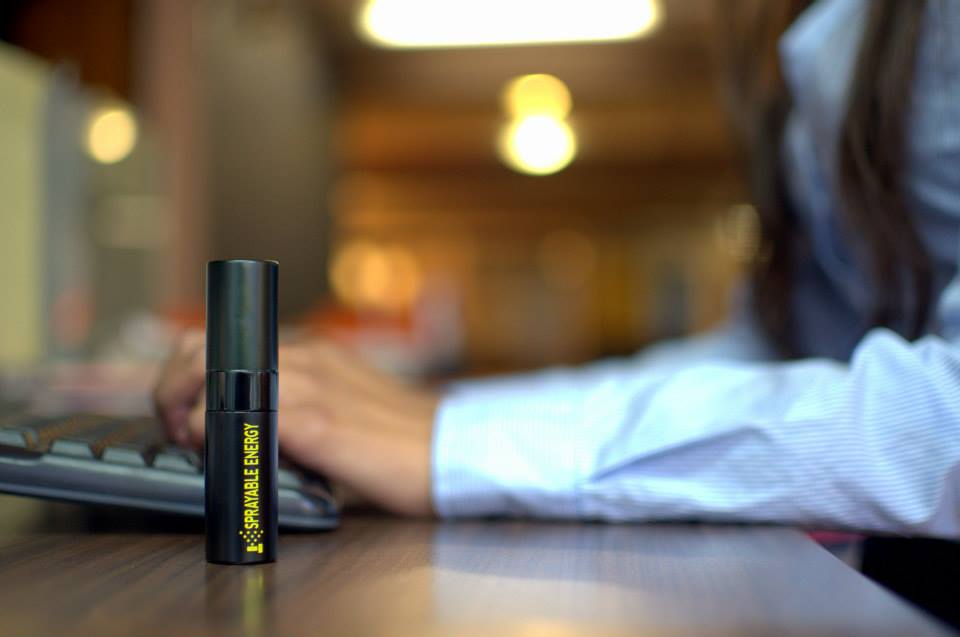 In the Startup Chile program, a bunch of aspiring entrepreneurs are given $40,000 in equity-free seed capital to develop their business from Santiago for six months. This program made a lot of sense for both Yu and Soni, as they both loved travel and wanted to pursue a startup together. So from October to March of 2012 they started on their Sprayable journey from Santiago.

Yu’s dad has a PhD in chemistry and has focused a lot on transdermals (things that go through the skin). From his dad’s work as well as his own studies at Harvard, Yu knew that caffeine was transdermal and thus could pass through the skin by itself in limited amounts.

Since Yu and Soni are such avid travelers and Yu a recent college student, the idea of a sprayable caffeine was one that made a lot of sense for their own lifestyles. Yu said that with energy drinks, the caffeine goes in all at once and stays in your system, leaving you really amped and unable to focus. He added,

“I realized that there would be a potential to explore something that would give people energy gradually over time in smaller doses that would help me be focused and alert without causing this roller coaster ride with the antsy, jitter crash.”

After testing the product with their fellow all-nighter-pulling entrepreneurs at Startup Chile and figuring out all of the details of manufacturing and distribution that come with selling a physical product, they launched Sprayable Energy on Indiegogo in the summer of 2013. And now, more than a year later, they’re running an Indiegogo campaign for Sprayable Sleep.

But How Does it Work?

Even if you’re not a former Harvard biochem student, Yu broke down the science of these Sprayable wonders in a way that’s pretty easy to understand.

Both caffeine (in Sprayable Energy) and melatonin (in Sprayable Sleep) can naturally penetrate cell membranes in your skin and blood, which is a unique quality in and of itself. But then they had to think about solubility. They needed to increase the permeation of both caffeine and melatonin in order to make them soluble enough to dissolve easily in water, while making sure they were still able to reach the brain.

To do this, they basically covered the molecule with tyrosine as a non-active carrier so that the whole molecule is able to dissolve in water more quickly, caffeine and melatonin included. (Okay, biology lesson over.)

When you spritz yourself with a few sprays, the sprayables starts to enter your blood stream after five minutes and most people feel the effects of either product after 20-30 minutes. 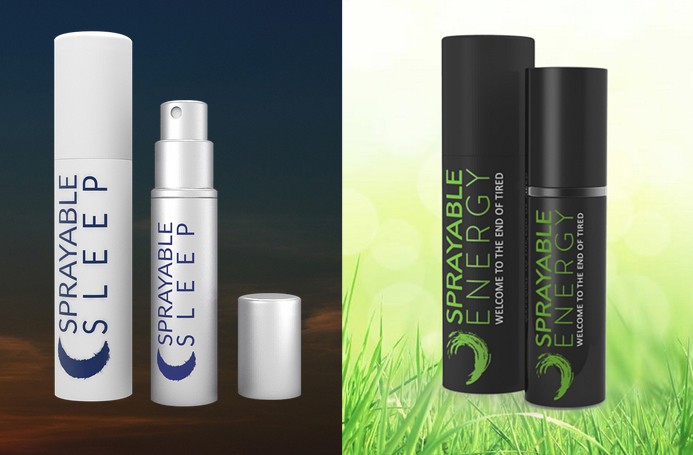 Before the Thiel Fellowship and Startup Chile, Yu and Soni didn’t have any formal schooling for startups and one of their early lessons in the business side of things was that everything is harder than it seems, especially when creating a physical product. Yu said,

“There are a lot of moving parts — more so than would be true for say a software startup or something like that. You have to worry about manufacturers, and there were just so many different pieces of the pipeline that we had to coordinate.”

All the while, they were dealing with the legal work of figuring out the exact phrasing that was allowed on the label while also trying to learn how to sell, launch and grow the product.

As far as testing goes, Yu said they were pretty lucky to have the whole crew of sleep-deprived entrepreneurs at Startup Chile who were more than willing to try Sprayable Energy. He said that they took to it right away.

“In that time [at Startup Chile], we came up with the idea, we developed the idea, we tested it and we were able to get a personal patent for it, so it was basically just building up the product,” he added.

Yu said they were bootstrapping for a long time (they’re just now in their small seed funding round), and so it was difficult to find the kind of help they needed on a tight budget. Not to mention, learning how to manage them.

He said, “What we learned is compromising on quality for cost definitely doesn’t pay off. There’s just so much more time lost in mismanagement … Figuring out communication and paying much more for premium quality definitely pays off in the long run.”

I asked if, after the success of Sprayable Energy and the rising funding of Sprayable Sleep so far, they had any plans to sell their Sprayable products offline. Yu said, “We’re exploring other channels, but online has worked really well for us because it’s allowed us to really refine our marketing and target demographic, catalog analytics … and control the entire pipeline.” 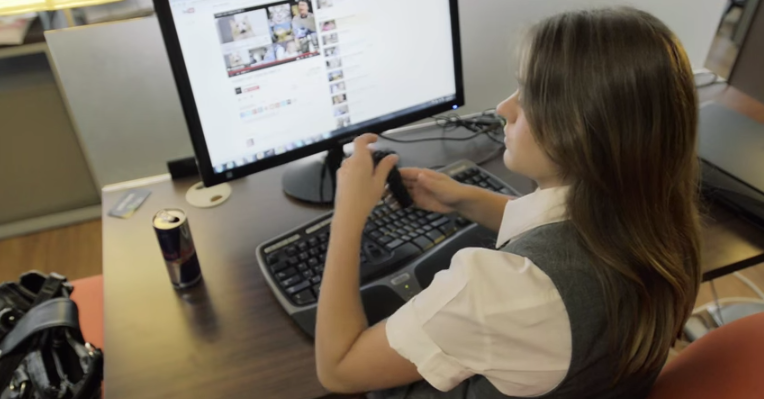 The Business of Crowdfunding

When it came to deciding between Indiegogo and Kickstarter, Yu said the decision was kind of made for them. Kickstarter bans the funding of energy products, and so they went with Indiegogo.

Their first campaign for Sprayable Energy raised almost $170,000, which was way over their $15,000 goal, and their second campaign running right now for Sprayable Sleep has already almost met that same mark with still a month of funding left to go.

To get press with the Energy campaign, Yu said they got some guidance from a PR firm he was in contact with through the Thiel Fellowship. From there, they reached out to about 100 targeted reporters under embargo, four of whom covered them — but they were a big four: Inc, Fast Company, Businessweek and TechCrunch.

Yu said they had 10 publications cover them the first day of the campaign, 100 on the second day and in three days, the number reached 1000. He said the concentration of all of that press at once led to the spike in funding and eventually getting the attention of ABC’s Good Morning America, NY Times, NPR and The Atlantic. Even with their Indiegogo success, though, they still learned some lessons in transitioning from the first campaign to the second.

Yu said, “For our first campaign … we had some absurd expectation of delivering everything within two months … and it ended up taking us four months.” Now their rule of thumb is to consider every single thing that could go wrong, assume that it will, and then double that to create their timeline.

One perk from their first campaign brought in more backers and revenue than the others: the Lifetime Pack. In addition to giving you a bulk of bottles up front and other special swag, they provided backers with a lifetime ability to buy Sprayable at the Indiegogo discounted price. This was a really clever perk for their product in more ways than one. It not only shows that they have faith that you’ll want to use their product forever, but also that they’re starting a long-term relationship with you from the start.

All in all, Yu said to stay realistic about the goals that you set both in your timeline and your perks. Don’t overpromise and you won’t have a fleet of grumpy backers. 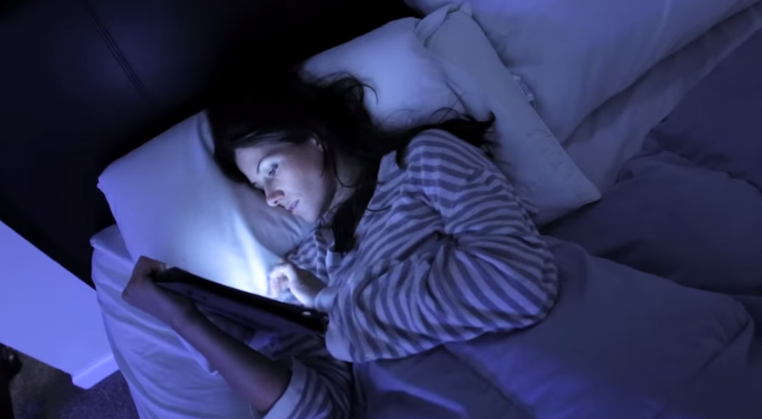 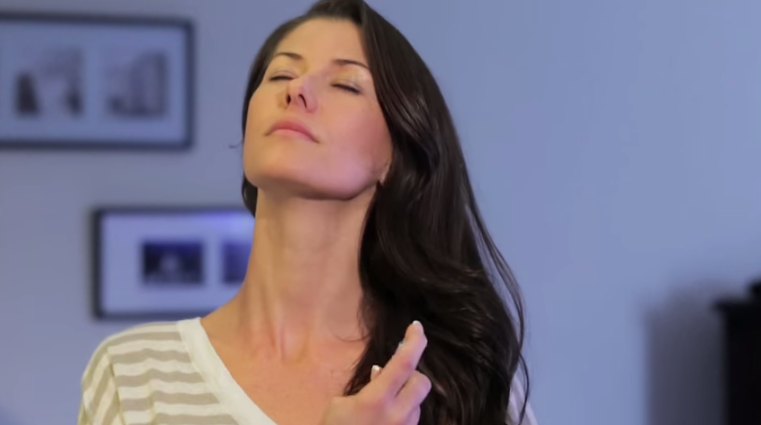 Given that the early testers of Sprayable Energy were a bunch of young entrepreneurs, Yu and Soni were a little surprised when the highest demographic of buyers was people 45 and older, from a lot of different occupations. Yu said it’s a lot of people who are sensitive to caffeine or who used to love coffee, but they’re getting a little older, and they’re not able to deal with the harsh ingredients and side effects anymore. For Sprayable Sleep though, the demographic is much more broad.

It makes sense to me that Sleep may do better simply because there aren’t as many substitutes. The energy market is an expansive one, some may even call it sexy. But for sleep, instead of having to fight against energy drinks, sodas and coffee, you’re just fighting against melatonin pills, prescription sleep aids, chamomile tea and warm milk. Not to mention the fact that, as Yu said, “70 million people in the US alone are classified as having sleep disorders.”

With more and more articles on productivity claiming sleep as the basis of all-day focus (go figure) it seems that more people than ever are trying to catch the appropriate amount of zzzzzs. Yu said they gave Sprayable Sleep to 1000 beta testers and “[c]ategorically, everyone loved the product. We’ve yet to have someone who hasn’t had good results with it, which actually kind of surprises us.” It’s too early to pick out an exact demographic for Sleep, but so far it’s looking like it will be useful to a lot of people.

There are other sprayable products on the market, but they’re oral supplements. He said the issue with these (especially with caffeine) is that they can be bitter without an appropriate amount of water to dilute them in one spray. But when you’re spraying the supplement on your skin, it can be a lot more concentrated because you’re not concerned about taste.

Consumers’ questions about the products have even changed from the Energy campaign to the Sleep campaign. Where people used to need validity and kept asking, “Does it work?” they now know that it does. With Sleep, Yu said that people are getting more specific with their questions and curious about how the product will work with their particular lifestyles. In fact, they recently hosted an AMA, answering any questions you might have about Sprayable Sleep.

Right now, Yu and Soni are staying with Sprayable Sleep until the project is complete. Yu said, “What we really like to do is focus on one product, bring it to some semblance of maturity and then focus on a second and then do the same thing.” But they hope to explore the potential of sprayables further in the future. You can still contribute to the Sprayable Sleep campaign for some really great perks through March 1.

All images were provided by Sprayable.

From Digital to Analog: A Study of Authenticity on the Web