Startup Stories: How Josephine Is Building Community for Home-Cooked Takeout

Sometimes the best tech is the kind that gets you offline and out into your community. Of course, delicious food can bring you into the community, too.

If you live in the Bay Area anywhere from Downtown Berkeley to North Oakland, there’s a platform for cooks to prepare tasty meals from their own homes, and all you have to do is pay and pick it up. It’s called Josephine. I interviewed cofounder Tal Safran to find out more about how the service has taken off in the 10 months since it started.

The premise is simple: You go to the Josephine site to see what meals are being cooked up in various areas of the East Bay for the week. Each meal lists the day it will be cooked, where you can pick it up and a two-hour block of time when you can come by (usually in the early evening). Just reserve the number of portions you want, pay online and pick it up — preferably with your own containers. It’s takeout for people who love home-cooked food but don’t have time to make it for themselves.

(For more Startup Stories, check out our previous posts to learn the inside scoop on how Minbox got 50K views on their product video and how Umano is finding Product-Market Fit.) 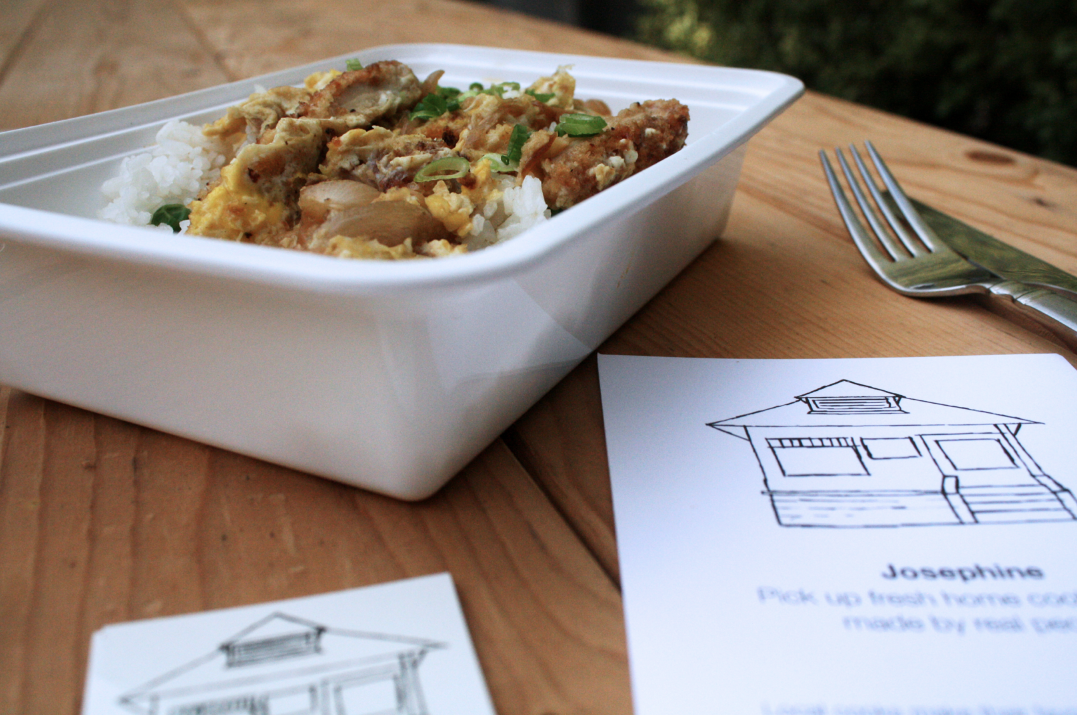 It Started with a Meal

Safran and cofounder Charley Wang met through a mutual friend while they were both in Los Angeles. At the time, Wang was working for Huge and Safran was freelancing as a software developer. As LA transplants, their mutual friend’s mother took them both in and let them stay at her house. And of course, she cooked for them. If you haven’t guessed yet, this woman is the company’s namesake, Josephine.

After staying with Josephine, Safran decided to put together a dinner for her, her family and Wang. He said, “We sat and talked about how food is something that brings people together.” Both Safran and Wang grew up with home-cooked meals as a daily affair, and they realized that “the best meals that we’d ever had were made in homes.”

With this idea in mind, Safran moved from his permanent home in New York, Wang from Los Angeles, and they rented a house in Oakland, CA. That’s the kitchen where they started experimenting with their idea by inviting friends over for dinner once a week. All of this was happening less than a year ago in April 2014.

“It really started with the Israeli food that I grew up with. I was making those dishes and Charley is also first-generation Chinese-American so he was making a lot of authentic food,” explained Safran.

These get togethers weren’t formal dinner parties. They were really casual; people just ate and mingled. Still Safran and Wang realized that it was difficult to balance hosting duties with cooking duties, and this led them to experiment with takeout. 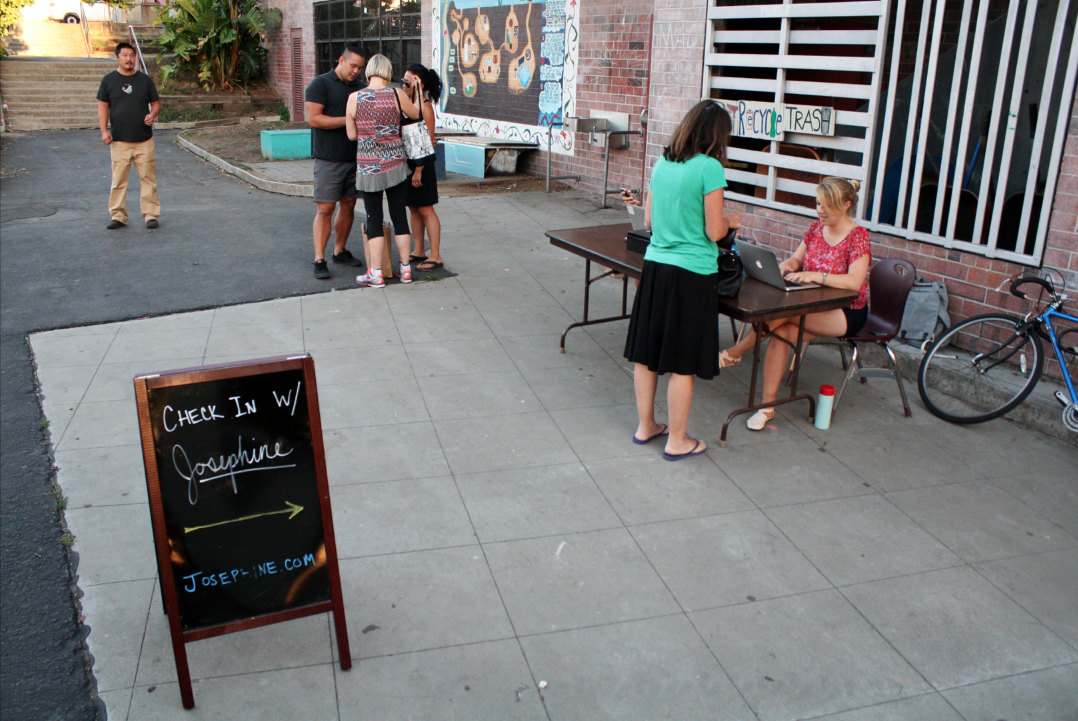 Many startups begin with identifying the problem, finding the opportunity and then providing a solution — in fact this is what they’re taught to do. But for Josephine, the guys took a different approach. “We kind of just … jumped straight into it,” Safran explained.

“Charley always calls it ‘Building the plane after it’s already taken off.'”

To see if their idea stuck, they gave all of their attention to their audience — their community. Safran said,

“The best way to learn is really to just try and be attentive and not think that you have all of the right answers right away.”

One of the answers that they discovered early on was that, unlike many of the products to come out of the tech world, theirs had to be community-first. They knew that building a community was the only way Josephine was going to succeed. Safran admits that this was a bit of a learning curve for him. While Wang’s background is in business development and community building for Huge and General Assembly, Safran’s was in making apps for companies like Pivotal Labs, Techstars, and SpaceX.

“[I] definitely came from this world of thinking where you just need a good idea and then you build it, put it on the Internet and it’ll succeed. But, for the first couple months [of Josephine], I was spending way more time trying to get the word out than building product of any kind,” said Safran.

He said that they focused all of their efforts on developing relationships with customers and cooks to see if this was something that they’d even want and, if so, how they could provide a platform for them. 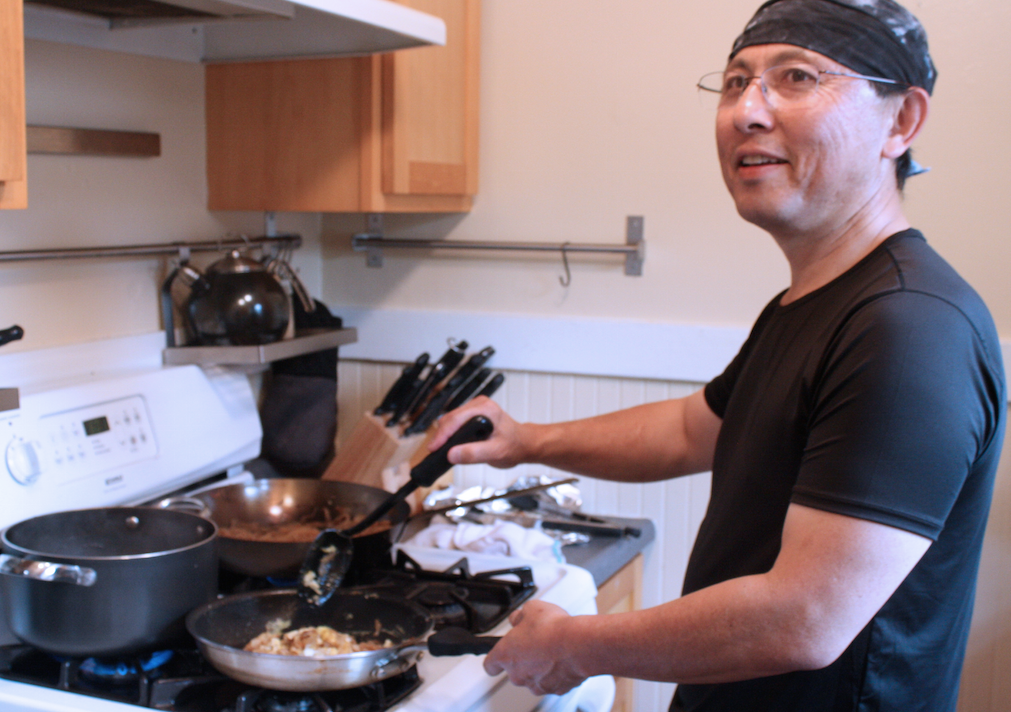 Learning About Customers and Cooks

Coming into the community-first model, Safran had to make a switch. “I’ve worked mostly on products that exist only on the Internet. They don’t exist in the real world at all, so for me it … affected my design philosophy a lot as far as keeping things … clean and clear.”

He essentially acts as the Head of Product and Wang as Head of Community. They actually haven’t really done any marketing and instead rely on word of mouth, especially while they’re still local. Turns out, people like to talk about food.

Safran and Wang had a loose vision of the types of people who’d want to use Josephine, but they were a little surprised that most of their customers turned out to be families. “For them it’s really to take the night off from cooking if they want to feed their family real food … It’s one of the few alternatives for eating right and feeding your family responsibly.” He said if someone’s kid really likes a certain cook’s food, they’ll go back to them again and again.

When parents first started showing up, it definitely influenced product decisions Safran made for the site. He said that, while the process with many web services and apps is something like: “Build your app. Put it on TechCrunch. Get Users,” Josephine’s users don’t know what TechCrunch is.

“We answer a lot of questions that for me as a product maker are very humbling just because I think of current design standards of today,” i.e. complicated features like parallax, explained Safran. “We really are like a people service first and a technology service second, so the technology should be as simple, easy-to-use and straightforward as possible.”

Their search for cooks started with postings on various sites, but now the process has evolved into a more seamless one that lives on their own site. In order to keep up with all of the cooks applying to work with Josephine, they’re starting general info sessions.

Safran said, “We teach you a little bit about Josephine [and] do a taste test. We inspect the kitchen. We have them do the California Food Handler’s Certification — which is kind of like the industry standard for working in a kitchen in California — and then they have access to our platform.”

Cooks really have total control over their business on Josephine. Safran said that a lot of them like to pick one day of the week that they’re going to cook which helps with routine for them, but also helps to build a following with customers. Cooks can publish a meal whenever they want and price it between $8 and $12.

The site has attracted a lot of professional cooks, but overall people come from varying levels of expertise. Some have run restaurant kitchens, while others have just graduated from culinary school. Some just have a passion for cooking and are looking for a place to share their love of good food. With no hard requirements on how people source their food or the type of food they make, cooks have gotten very creative with how they market their meals and create them. Of course, it’s the East Bay, he said, so when possible most people go organic, local and ethical when sourcing their meals.

Safran and Wang made a visit to some Josephine cooks who make vegan, macrobiotic, healthy, wholesome meals. They saw that the cooks were making their own flyers with their profile picture and reviews from the site, and they were handing them out at places like yoga studios and acupuncture clinics. Safran said he loves to see people getting innovative with their Josephine image and “taking marketing into their own hands. It sort of makes my job easier because it’s like ‘Oh, we should build that.'”

Ethnic foods tend to do well, but there really isn’t a science yet to what kind of meals sell better. Safran told me about a guy who isn’t a cook (he’s actually a Berkeley bio chemistry student) who makes pulled pork sandwiches using a recipe that’s been passed down in his family for generations. It’s not organic and definitely not macrobiotic, but it’s delicious, and his meals have ended up being among Josephine’s best sellers. 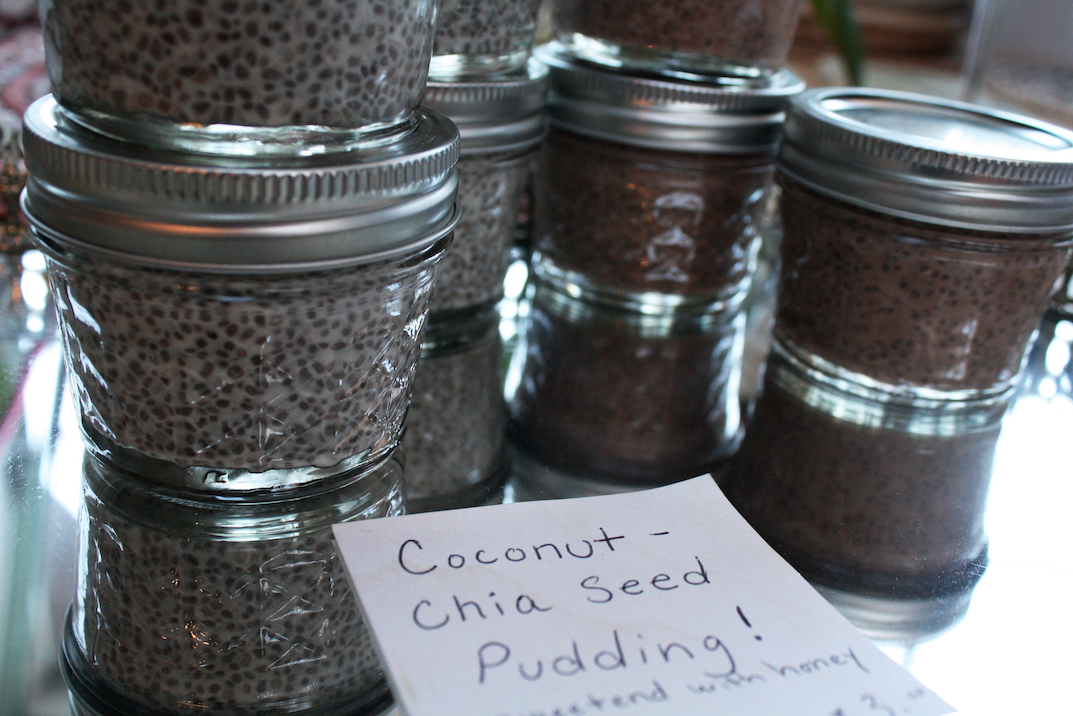 As of now, the Josephine business model remains pretty modest. They’re keeping things small and manageable and letting it grow organically. They’re still operating from their rented house in Oakland where they’ve converted the garage to an office. “For the foreseeable future, that house is Josephine International Headquarters,” said Safran.

He also shared that they never even officially “launched.” Josephine simply started when they started working on it. Still, at the end of the day there’s one fact, even in Josephine’s infancy, that’s provided some insight, “Good food sells. Crappy food does not,” Safran said.

“It’s food that people are familiar with, but they’re familiar with the restaurant version — not the authentic version. Think of what your mom would cook. It’s not high highfalutin. It’s not trying to be fancy … It’s good food with a capital G.”

While you’re crossing your fingers for a Josephine service in your area, you can keep up with their journey on Facebook and Twitter.

We’d love to know if you use any crowdsourced kitchens for dinner. And would you use Josephine for a quick and delicious dinner?