We’re excited to introduce ThinkApps for Watch, a free tool that will allow anyone to create an Apple Watch app concept in just 10 minutes, without requiring any downloads or access to an Apple Watch device. 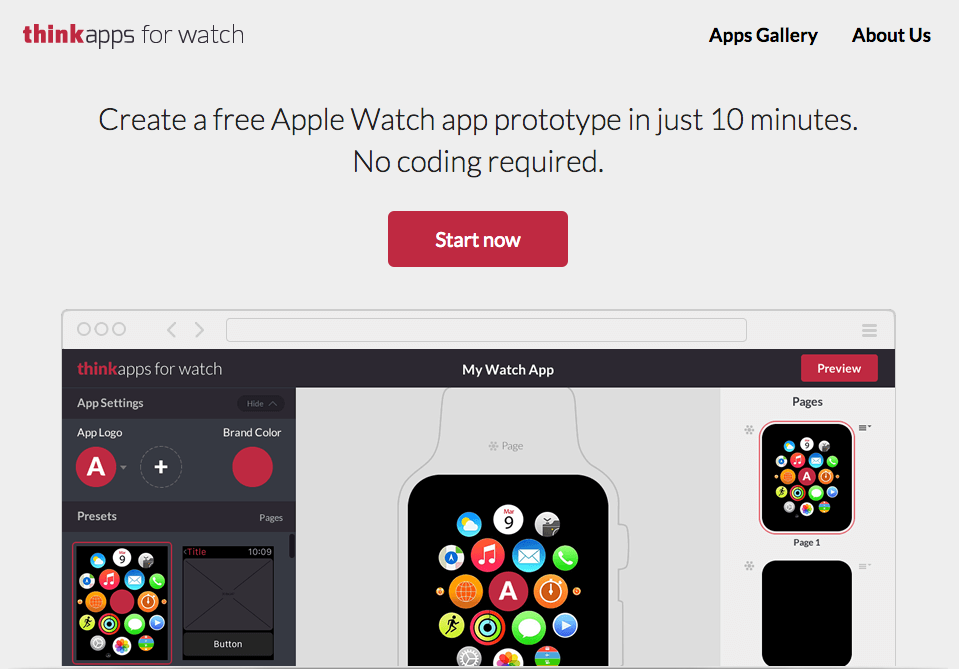 Apple Watch Is the New iPhone

The Apple Watch officially landed on the wrists of consumers on April 24.

It’s certainly not the first smartwatch to appear on the market, but none of the others have generated nearly as much interest or excitement as the Apple Watch.

As ThinkApps co-founder Tarun Agarwal put it, “Apple Watch is finally going to make wearable technology real for a lot of users.” 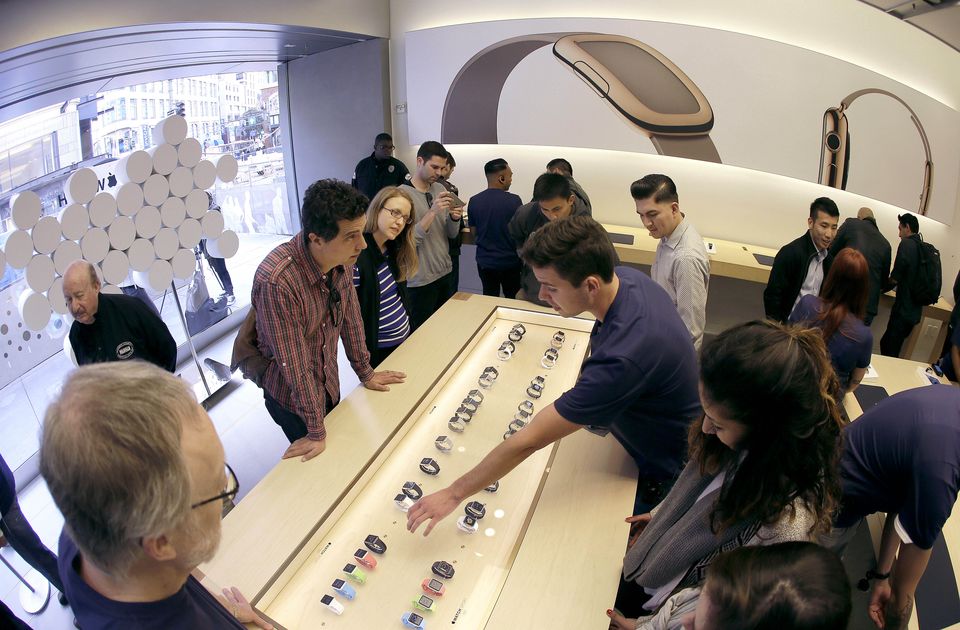 The environment feels similar in many ways to the smartphone landscape in 2007, when Steve Jobs introduced the first iPhone.

Much like with Apple Watch, the iPhone was not the first smartphone on the market. But it sparked a new level of interest in such phones, especially with its app platform.

Fast-forward eight years, and mobile is huge. In fact, there are now at least 25 mobile-only tech companies valued at $1 billion or more.

“Apple Watch could be the beginning of a similar trajectory in the wearables category,” explained Agarwal.

But What Can Apple Watch Apps Really Do?

Entrepreneurs and product managers around the world are trying to capitalize on this opportunity by creating their own Watch apps. But, with this being the first version of the Apple Watch, it can be daunting and rather time-consuming to figure out exactly what can and can’t be built given the current WatchKit functionality and guidelines.

Thankfully, ThinkApps has built lots of apps, and we’ve been studying Apple Watch since it was first announced last September.

We wanted to take our knowledge and experience and create a tool that would help empower the community. The result is ThinkApps for Watch.

What Is ThinkApps for Watch?

ThinkApps for Watch is a free tool that will allow you to quickly and easily create an interactive prototype of an Apple Watch app. You can do it all online without requiring any downloads or access to an actual Apple Watch device.

Fast and Easy to Use

Individuals and companies — from the smallest startups to the biggest corporations — will be able to make a mockup of their Watch app idea in 10 minutes or less.

Unlike other mockup tools, ThinkApps for Watch is specialized just for Apple Watch apps. Our tool is already programmed with all of the Watch guidelines, so you don’t have to worry about knowing what’s allowed and what’s not.

Also, with Photoshop and other general purpose design tools, you have to start from scratch, including creating the screen, basic lines, boxes, etc. That allows for arbitrary flexibility to designers to create paper flyers, website designs, mobile app designs, and so forth.

ThinkApps for Watch, on the other hand, is focused on allowing everyone, including non-designers, to quickly create interactive Apple Watch concepts. So, we’ve already added the relevant Watch components that users can work with, rather than starting with lines and boxes.

Our tool provides multiple types of screen options, in addition to several types of glances and notifications specifically hand-designed by ThinkApps for Watch. You can combine and customize the various components in different ways to create millions of apps, and the options will continue to improve over time.

You might be wondering if you need any special skills to use ThinkApps for Watch.

“No, you need not be a designer or engineer,” Agarwal explained. “This DIY tool can be used by anyone.”

In addition to quickly creating a free mockup of your app, you can easily get feedback or even conduct user research by sharing your design prototype via email or social media. You can also use the prototype to privately test out your app concept with your friends and colleagues.

“With ThinkApps for Watch, it’s easy and fun to both explore and evangelize your smartwatch app ideas,” said Agarwal. 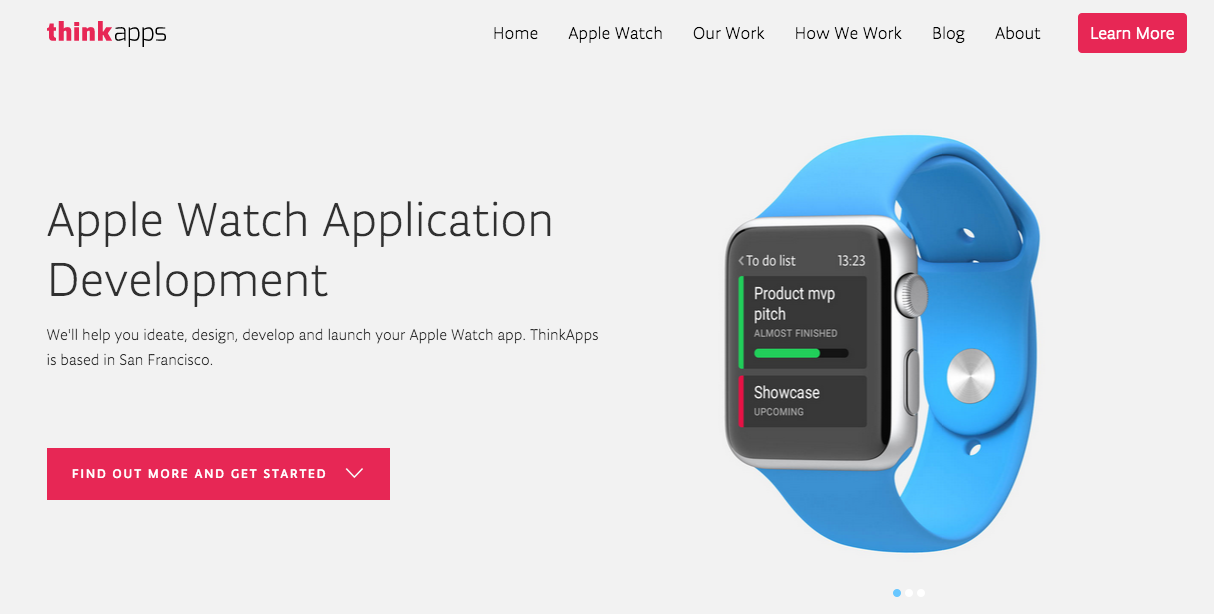 ThinkApps Is Uniquely Positioned to Create This Tool

So what exactly is ThinkApps?

ThinkApps is an on-demand service for designing and building stunning apps for web, mobile, and wearables, including Apple Watch. Based out of San Francisco, ThinkApps powers top Silicon Valley startups and innovative enterprise companies exploring the cutting edge.

At its core, we are a network of 1000+ top designers and technologists in more than 25 countries across North America, South America, Europe, and Asia. The network includes experts who are in the top 5% for any design, product, or technology sub-area.

In order to help us build ThinkApps for Watch, we tapped into the expertise of our own network, including the design team at PixelGrow and development team at DeSmart.

Learn more about the process involved in building the tool in our in-depth case study.

Last fall, when the Apple Watch was first announced, we asked several of the designers in our network to reimagine some popular mobile apps for the Watch.

They came up with some pretty amazing designs, but it was more of a hypothetical endeavor, since Apple had not yet made it clear what capabilities and limitations the Watch would have.

Since the release of WatchKit, we’ve dug deep into the guidelines to understand exactly what’s possible and what’s not. To give you a sense of what types of apps you can create today on the Apple Watch, we used our tool to mockup a few samples, including a Watch version of some popular apps on the market today.

Basecamp is project management software that “helps you wrangle people with different roles, responsibilities, and objectives toward a common goal: Finishing a project together.”

Our Apple Watch prototype for Basecamp shown below includes features such as notifications for new messages, making it easier than ever to collaborate with your team.

As our readers no doubt already know, TechCrunch is one of the top media companies that reports exclusively on the technology sector, including startups, large tech companies, and venture capital.

Our Apple Watch prototype for TechCrunch sends you notifications when new stories are published, so you’ll always be the first to know what’s happening. You can read the story directly on the Watch or save it for later.

Give It a Try

Have a minute or two to spare? Go on and try out the ThinkApps for Watch tool to brainstorm and explore your app ideas.

Or, if you already have a specific app idea in mind and just need some help with development, reach out to our Apple Watch team. We can help you get started today.

ThinkApps for Watch: A Case Study on Product Design and Development