Babies have their own itineraries, developing their own schedules for feedings, naps, and diaper changes. And, as a parent, you’re basically there to accommodate them.

The Baby Loggy Care Tracker is an iPhone and Apple Watch app that lets you track all of your baby’s daily happenings and get reminders so you don’t skip a beat. It was built by a couple, Alex DeCastro and Heather Nelson, who are a developer and a Neonatal Intensive Care Unit (NICU) nurse, respectively. Together they have become baby app pros. 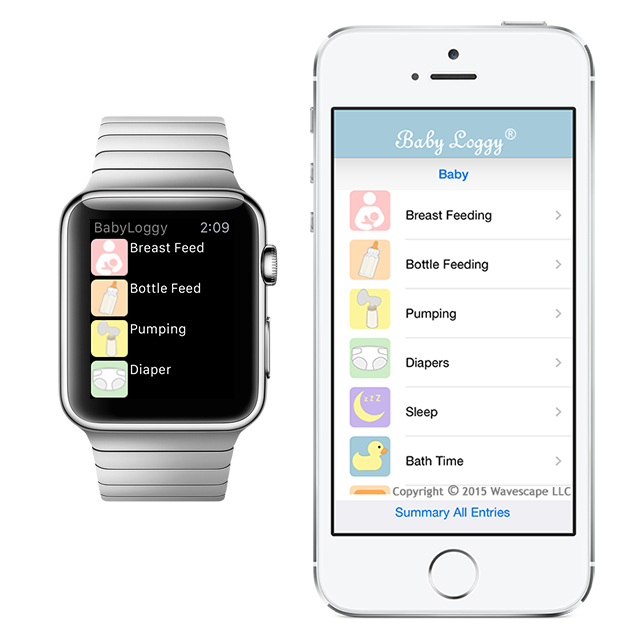 DeCastro has been a software developer for a while, and his experience spans from Windows and Linux to the Web. His background is in scientific visualization and brain imaging.

After trying to help a new mom set up a feeding reminder on a baby app, she found that not only was the app hard to use, but there wasn’t a feature for reminders at all. That night, she went home to tell DeCastro that she wanted to come up with a solution to help ease the nerves and worries of new parents.

DeCastro explained, “She (Nelson) began to design her own interface based on what parents of newborns really need. We felt that a lot of the other apps were cluttered and over-complicated. We wanted to make our app simple and intuitive.”

With the Baby Loggy iOS app, you can create tons of entries to fit your baby’s changing schedule and set reminders so you don’t miss anything.

DeCastro said there can be thousands of entries to scroll through on your phone. On the Watch app, though, you can quickly add new entries and reminders. With the glance view, you can see your last two entries and how much time you have until your next reminder.

To build the app together, DeCastro developed all of the software himself while Nelson chose designs, colors, fonts, and images that she liked.

“We made several versions of the app before we felt it was good enough to release,” said DeCastro. “We are very proud of our work.” And they should be. The app is simple, straightforward, and pleasant to look at. 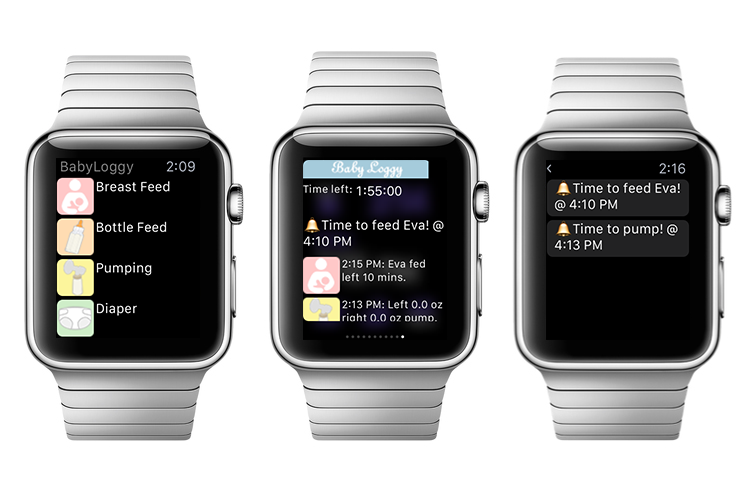 As soon as he could get his hands on the WatchKit programming guide, DeCastro read through the entire thing and started thinking about ideas.

They launched the Baby Loggy iPhone app in October 2014 and worked to have the Watch app ready in time for the launch of the Watch itself.

To build the Watch app without access to an actual device, DeCastro used the Xcode simulator. He said, even when building without an actual Watch to test on, creating for a completely new device is really exciting.

“I imagine the Watch will get smaller, lighter, and more capable. As a developer, I want to create new apps and services that will take advantage of that,” he explained.

Before DeCastro was able to test the app on his own Watch, Apple invited him to attend a WatchKit Lab in April. He was able to spend the whole day testing his app. He said,

“I quickly found out that running my app on the Watch was very different than on the simulator. I found bugs … that could only be found by running on a real Watch. Working directly with Apple engineers was invaluable. They helped me with fixing bugs and improving performance.”

With the help of Apple engineers and a little hands-on trial and error, DeCastro was able to have the app ready before the launch of the Watch, but not without a few challenges.

One of the biggest sticking points (and it seems, the most common) was deciding which features to include in the Watch app. DeCastro said, “If you just jam a hundred features into your watch, you will end up with a cluttered user interface and a poor user experience. It is a challenge to streamline your app down to the essential features.”

One prominent flaw in the design that DeCastro discovered during the WatchKit Lab was that the buttons feel much smaller on the actual Watch. To make them big enough, you have to be prepared to lose some real estate on the already small screen. 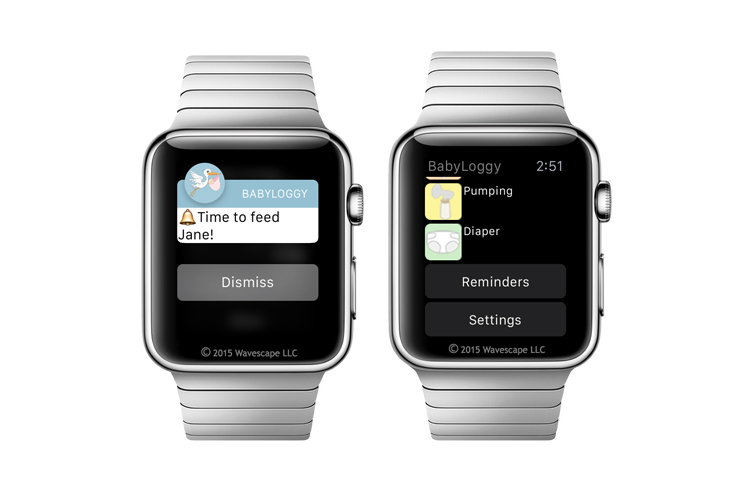 While creating his own Watch app, DeCastro learned, “A Watch interface should be simple and intuitive. It should only include features for quick interactions.” This is especially important for busy parents. All of their baby’s information should only be a tap away.

“For a mom, this is perfect because she doesn’t have to carry her phone around the house with her. She can leave it on the nightstand and enter info using just the Watch. This is helpful especially when she is handling her baby,” DeCastro said.

Who knows? Maybe smartwatches will be the next big thing in baby care.

Even if you’re not in the business of building a baby app, DeCastro has some suggestions:

“Apple has excellent, well-written documentation. I often see the same questions asked over and over again on developer forums. Many of the answers are easily found in the Apple docs. For the tougher questions, I go to the Apple Developers Forum and StackOverflow.”

Rethink your app on the Watch.

“If you have an existing mobile app, the Watch interface is a totally different paradigm. Don’t just import all of your mobile app features to the Watch. Instead, pick a subset of your app’s features that make sense for the Watch. Think about things that are well suited for quick interactions.”

Test your app on a real Apple Watch.

“Don’t try to develop your app just using the simulator. You will likely run into problems.”

On his next go-round, DeCastro would like to design the Watch app from the beginning for more seamless integration. He said, “Now that I understand the programming issues, I would improve the coordination of tasks between the devices.”

He’d also like to mock up several designs before coding away at a final decision. He said, “My goal with my first Watch app was to get it published before the Watch release date. For my next Watch app, I will have more time to experiment with different designs.”

What’s Next for DeCastro?

The Baby Loggy app is still due for some more interface improvements and features that DeCastro has planned. And like any eager developer, he has way more ideas for apps than he has time to create them. He said, “I think there is an opportunity to redesign existing mobile apps for use on a Watch.”

He’d also like to attempt to build an app Watch-first. Maybe he could take some tips from Sheba Mayer of the Cardio Workout Tracker App.

If you’re expecting or already have a little one at home, try out Baby Loggy on your iPhone and your Apple Watch for free.